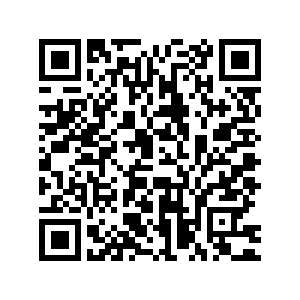 Every year around 300,000 foreign students from over 200 countries are granted a J-1 Visa to study or work temporarily in the United States.

Those students have become a vital labor pool for many seasonal businesses across the country.

But the Trump administration would like to curtail the program, causing worry among many small businesses. CGTN's Karina Huber reports.

24-year old Meleisa Richards is a student from Jamaica. But this summer she’s working in the United States - at a resort in Stowe, Vermont.

“It's great. I've met a few people here. It feels like home,” she said.

She spends her days cleaning rooms at the Stoweflake, a family-run resort. It’s not easy work.

The hotel owner says it’s hard to find Americans for the job.

“We are paying - we've raised wages, we've changed recruiting, we’ve changed benefits. There just simply – there are not enough people in the U.S. that want to do these jobs,” said Sheri Baraw Smith, Co-owner of the Stoweflake Mountain Resort.

Stowe, like many seasonal resorts across the United States, often relies on temporary foreign workers to fill the gap.

The process for obtaining a J-1 visa, which permits foreign students to study or work in the United States for a couple of months has traditionally been pretty straight-forward but under the Trump administration, the program has faced greater scrutiny.

This year Baraw Smith applied for eight J-1 workers. Initially, she got none. Eventually, she found the workers but other resorts haven’t been so lucky.

“I do know of some particularly seasonal properties who have had problems, who have closed down wings of their hotel,” she said.

President Donald Trump has said he wants to drastically reduce J-1 visas, and stricter regulations have been put in place. Many employers say they’re worried the program could be scrapped altogether.

“These businesses – which in the world of business – tend to be small businesses, have to have these employees to keep giving back to the community and to the tax base,” said Baraw Smith.

Trump says he's concerned about the visa program’s impact on U.S. workers. Baraw Smith says if the program goes away, the impact on resort towns like Stowe would be catastrophic.