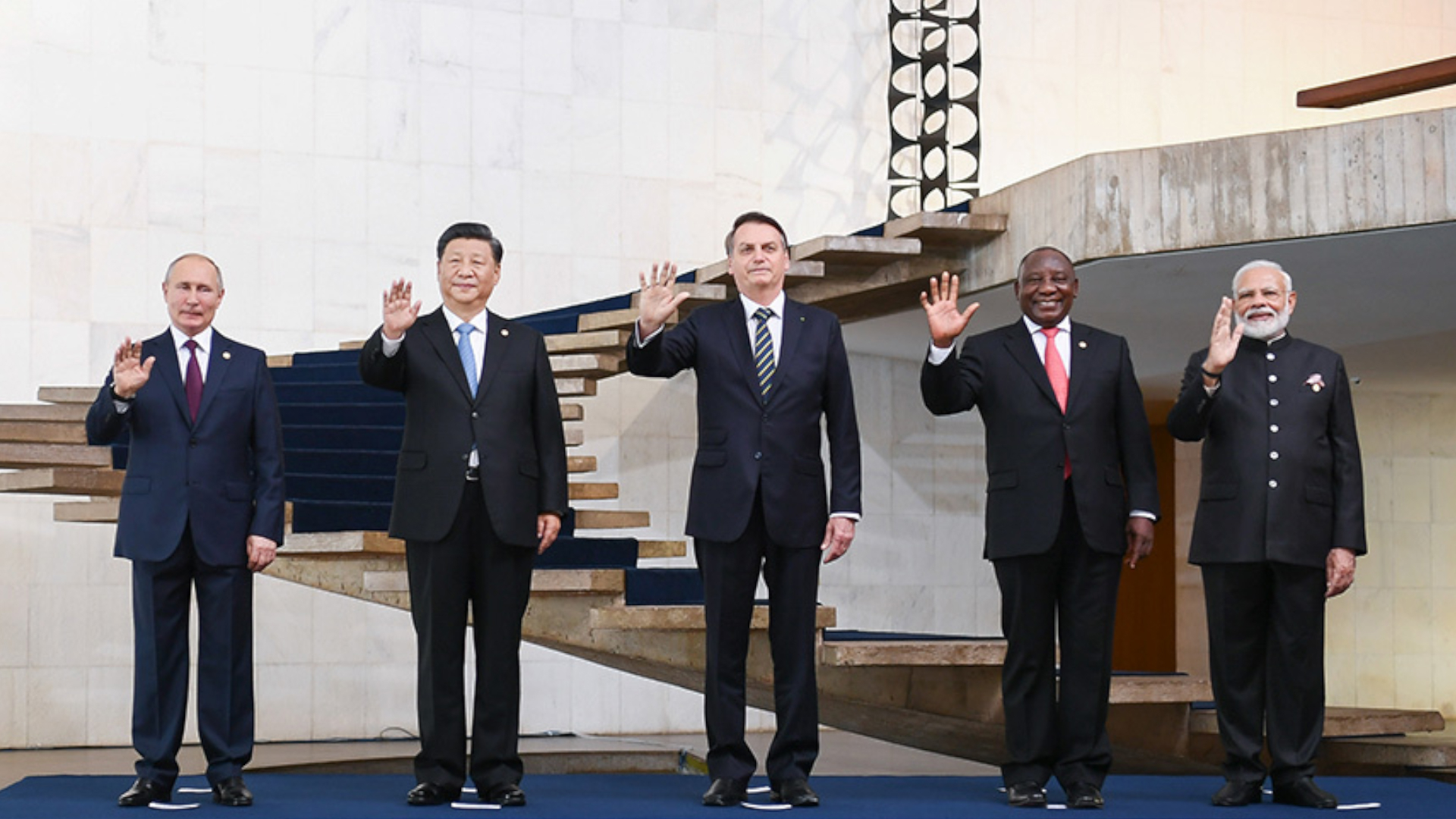 China, Russia, India, Brazil and South Africa on Thursday urged the world to keep markets open with fair and non-discriminatory trade rules in the face of rising protectionism, warning that trade tensions and policy uncertainty are undermining confidence in international commerce, investment and economic growth.

The five emerging economies warned that the trade protectionism and unilateralism practiced by some Western countries are contributing to the global economic slowdown.

Trade tensions and policy uncertainty have taken a toll on confidence, trade, investment and growth, as global growth weakened in 2019, the body said.

The leaders of the five nations urged countries to support free trade and strengthen and reform the current multilateral system.

Chinese President Xi Jinping told other leaders that China is concerned by protectionism and unilateralism in the trade policies of certain countries.

He warned of the setbacks to economic globalization, urging his peers to stand up to protectionism and uphold the multilateral system of the World Trade Organization.

The host, Brazil's President Jair Bolsonaro, said his government has become more realistic and has adopted a pragmatic policy on international trade. He said the BRICS group has emerged stronger from the summit and cited its advance toward a common customs agreement.

Russian President Vladimir Putin called on the BRICS' New Development Bank to extend more loans in rubles, part of a move by the group to decrease its dependence on the U.S. dollar while trying to use their national currencies in mutual trade.

The BRICS leaders also reiterated their commitment to the Paris Agreement to fight climate change, urging developed countries to scale up the provision of financial, technological and capacity-building assistance.

They also called for efforts to push for structural reforms of international institutions.

The declaration said the five countries urge the IMF to start work in earnest on quota and governance reform based on the principles agreed on in 2010 under the 16th General Review of Quotas (GRQ) and within a tight time frame.

"We are deeply disappointed that the 15th General Review of Quotas failed in increasing the quota size of the Fund and realigning quota shares of member countries, including in favor of emerging markets and dynamic economies, which remain under-represented in the fund," the declaration said.

The BRICS members also reached a consensus on regional hotspot issues, including Syria, Yemen and Palestinian-Israeli conflicts, where they supported the principle of sovereignty, mutual respect and equality.

The five emerging economies account for a quarter of the global economy and around 16 percent of global trade.