Hill spoke on the final day of scheduled public testimony before the House Intelligence Committee probing whether Trump asked Ukraine to investigate a political rival in return for a White House meeting or the release of U.S. security aid. 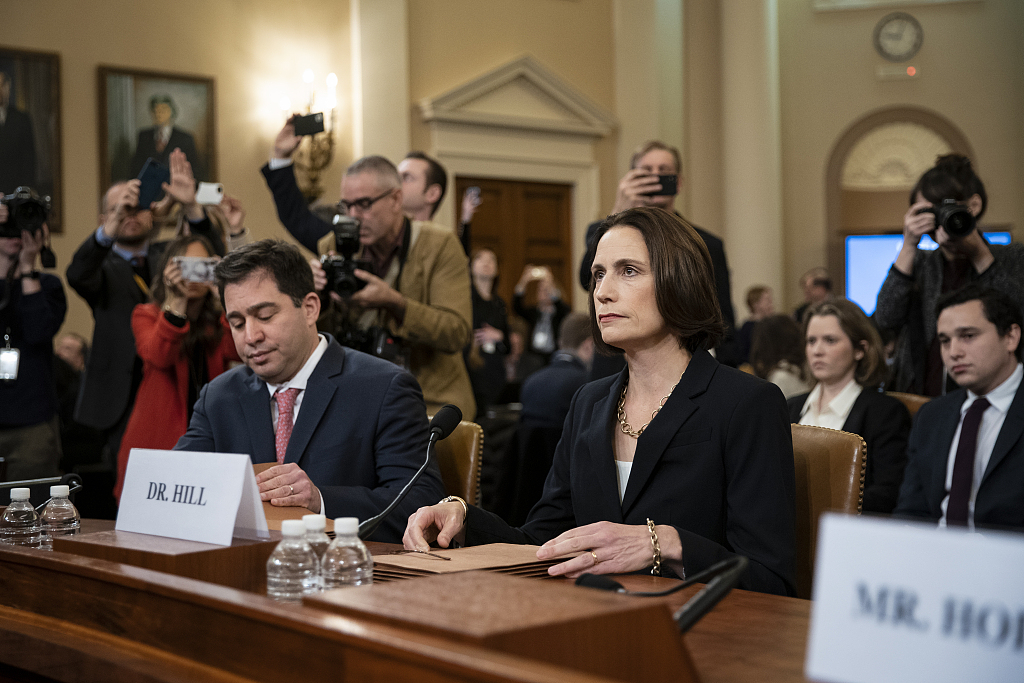 In her testimony, Hill said some members of the panel appear to believe that Russia and its security services did not conduct a campaign against the United States during the 2016 presidential race and that perhaps Ukraine did.

"This is a fictional narrative that has been perpetrated and propagated by the Russian security services themselves," said Hill, who until July served as the director for European and Russian affairs at the White House National Security Council.

"In the course of this investigation, I would ask that you please not promote politically driven falsehoods that so clearly advance Russian interests," she said during the hearing, which ended after more than five hours of testimony.

The notion that Ukraine interfered in 2016 was one of two issues that the U.S. president urged Ukrainian President Volodymyr Zelensky to investigate in a July 25 phone call that is at the heart of the impeachment effort.

Trump also pressed Ukraine on the call to investigate Joe Biden, a leading contender for the Democratic nomination to face Trump in the 2020 presidential election, and his son Hunter, who had served on the board of Ukrainian gas company Burisma.

The inquiry is also examining whether Trump's temporary freeze of 391 million U.S. dollars in security aid to Ukraine, approved by Congress to fight Russia-backed separatists in the eastern part of the country, was meant to pressure Zelensky to conduct the probes.

Democrats said Trump's dealings with Ukraine amount to an abuse of power to pressure a vulnerable U.S. ally to dig up dirt on a domestic political rival.

Trump has denied wrongdoing, publicly criticized witnesses and described the impeachment proceedings as a "witch hunt." His fellow Republicans called the proceedings a "sham." 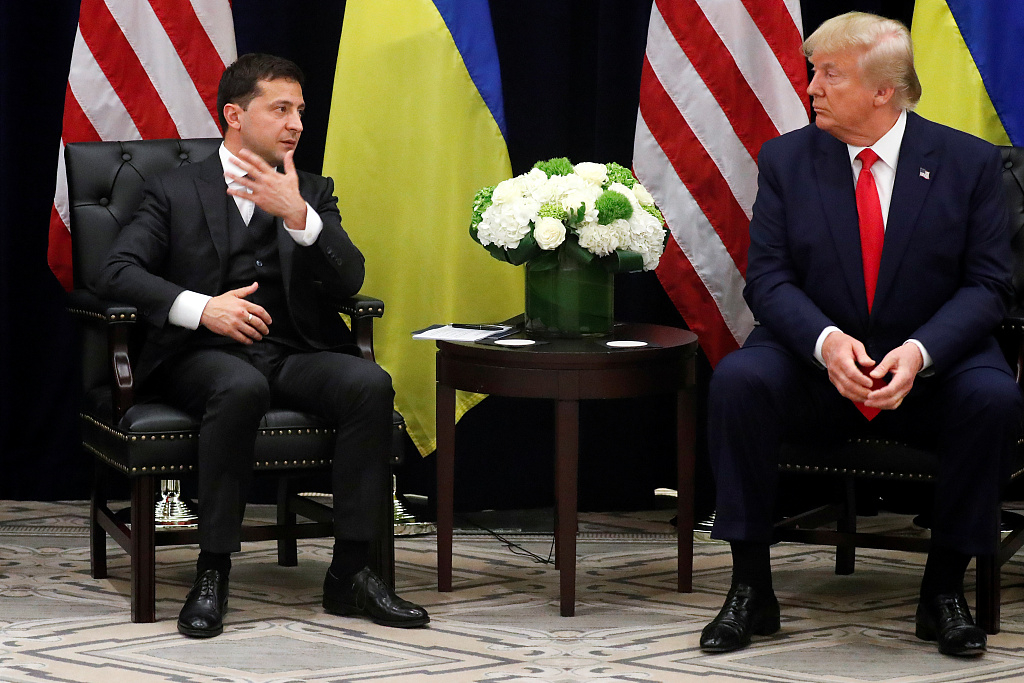 David Holmes, a staffer from the U.S. Embassy in Ukraine, testified on Thursday that his work started to become overshadowed in March by Trump's personal lawyer, Rudy Giuliani, who was pushing Ukraine to carry out the two probes.

Holmes also testified about a July 26 phone call in which he said he overheard Trump ask Gordon Sondland, U.S. ambassador to the European Union, about the status of the investigations. He said he heard Trump's voice on the call at a Kiev restaurant.

"He's gonna do it," replied Sondland, he said.

In her testimony, Hill recalled a conversation she had with Trump's former National Security Adviser John Bolton about Giuliani's activities.

She said she had already expressed regrets to Bolton about Giuliani's "smear campaign" against Marie Yovanovitch, the former U.S. ambassador to Ukraine, who Trump withdrew prematurely from Kiev in May. 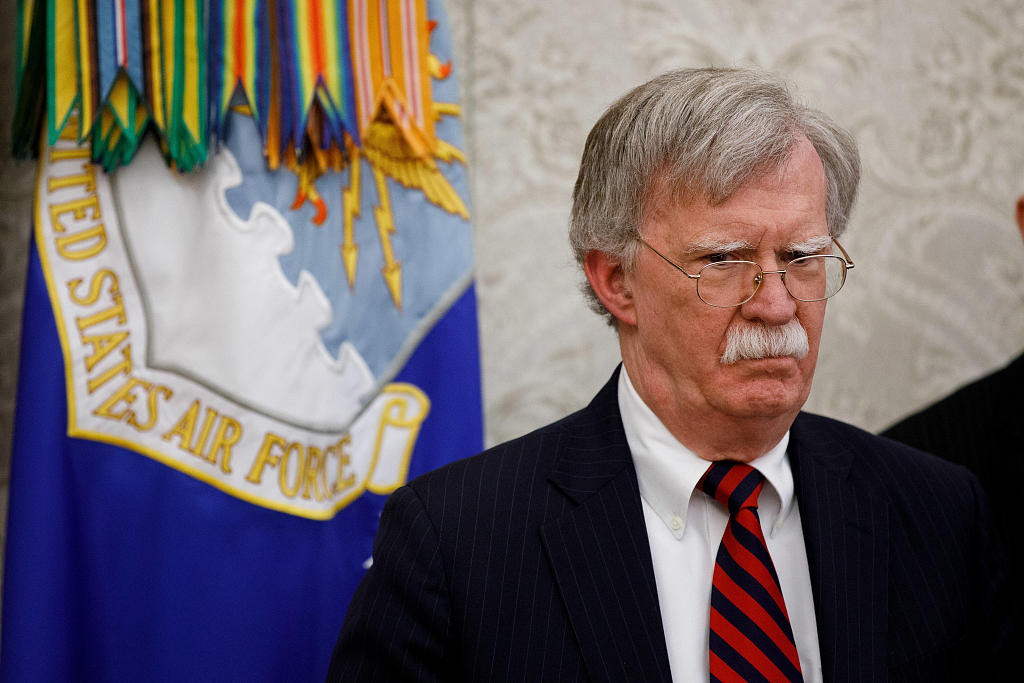 John Bolton stands nearby as U.S. President Donald Trump meets with Danny Burch, a former hostage in Yemen, in the Oval Office at the White House in Washington, DC., March 6, 2019. /VCG Photo

John Bolton stands nearby as U.S. President Donald Trump meets with Danny Burch, a former hostage in Yemen, in the Oval Office at the White House in Washington, DC., March 6, 2019. /VCG Photo

Bolton, she said, looked pained and "basically indicated with body language that there was nothing much that we could do about it. And then, in the course of our discussion said Rudy Giuliani was a hand grenade that was going to blow everyone up."

Asked to elaborate on what she thought Bolton meant, Hill replied that what Giuliani was say was "pretty explosive" and that the former New York mayor "was clearly pushing forward issues and ideas that would, you know, probably come back to haunt us, and in fact, I think that that's where we are today."

U.S. intelligence agencies and former Special Counsel Robert Mueller have determined that Russia interfered in 2016 with a campaign of hacking and propaganda intended to sow discord in the United States, boost Trump's candidacy and harm his Democratic opponent Hillary Clinton.

Mueller's team brought criminal charges against 12 Russian intelligence officers in the hacking effort, accusing them of covertly monitoring employee computers and planting malicious code, as well as stealing emails and other documents.

Hill warned lawmakers that Russia is gearing up to repeat its election interference activities in 2020.

"We are running out of time to stop them," she said.

Like several career government officials who have testified, Hill said she prides herself as a nonpartisan foreign policy expert who has served both Republican and Democratic presidents. 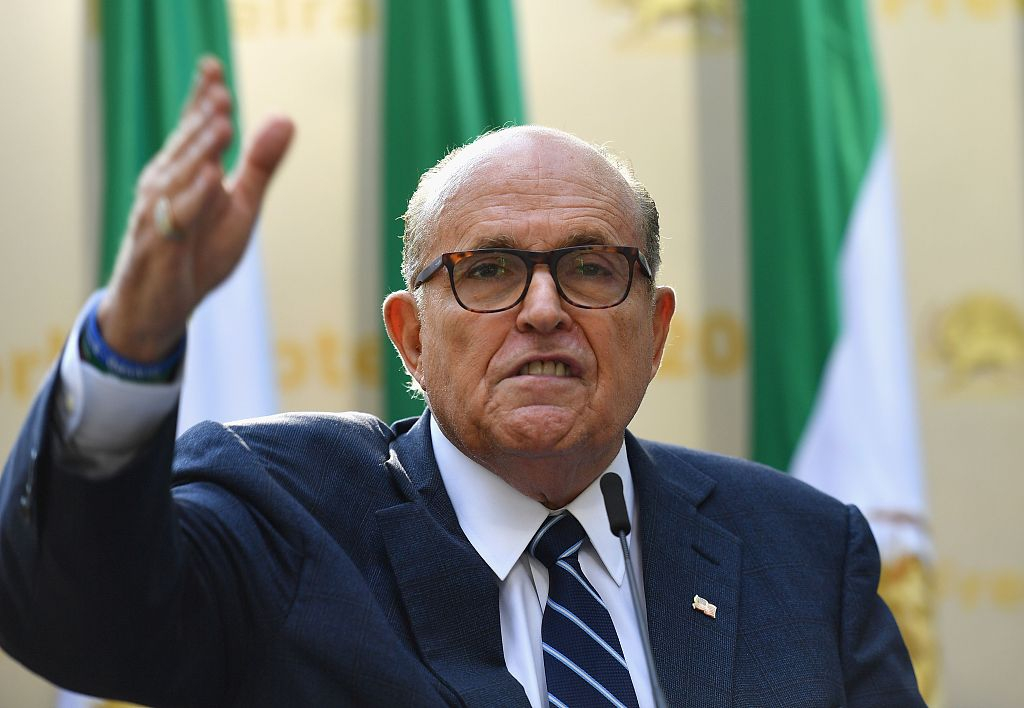 With no more witnesses scheduled, the hearing could mark the end of the investigation phase of the impeachment proceedings.

Once the committees running the inquiry agree the probe is complete, evidence then goes to the House Judiciary Committee to consider whether to draft formal charges, known as articles of impeachment - against Trump. Democratic lawmakers say that is unlikely before the November 28 U.S. Thanksgiving Day holiday.

If the full House then voted to impeach Trump, the charges will go to the Republican-controlled Senate for a trial on whether to remove him from office. Few Republican senators have broken with the president, however.

The Senate will have to decide whether to actually hold a trial or whether to quickly dismiss any charges against Trump. 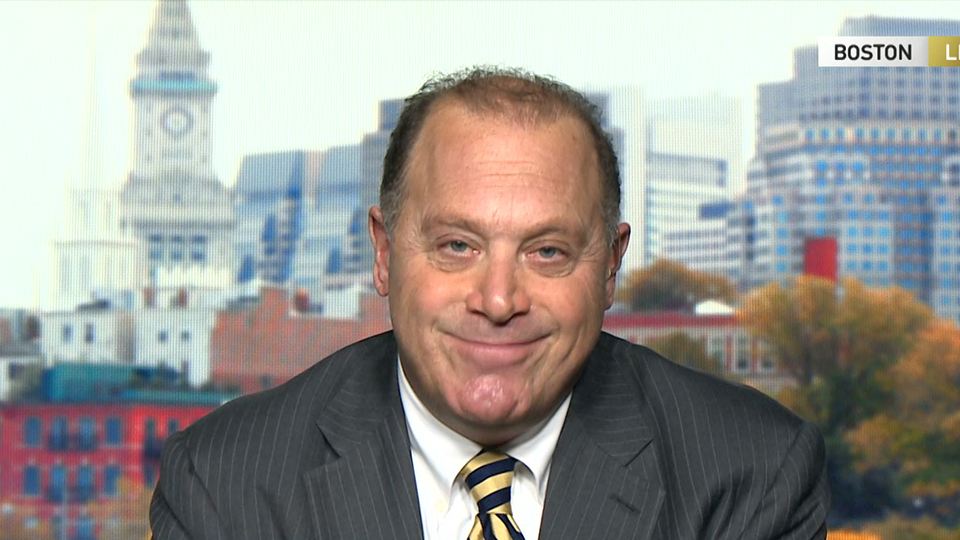 (Cover: Fiona Hill is sworn in at a House Intelligence Committee hearing as part of the impeachment inquiry into U.S. President Donald Trump on Capitol Hill in Washington, U.S., November 21, 2019. /VCG Photo)