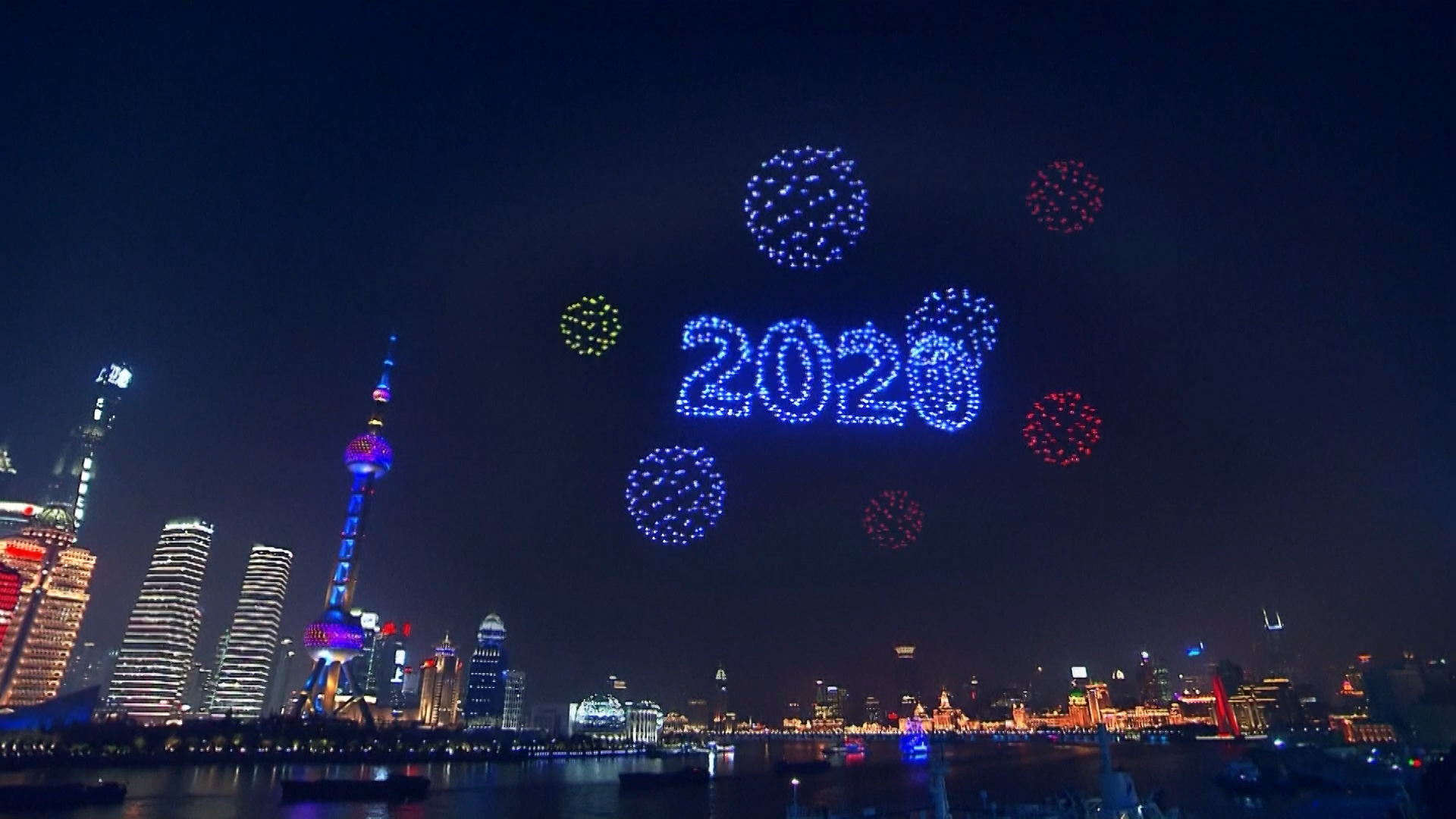 Nearly 2,000 drones took to the night sky and illuminated the Huangpu River in Shanghai to welcome in the new year.

They formed various patterns ranging from the Earth to a dragon.

At around midnight, the drones gathered to form a running man. It moved forward, showing the changes and achievements Shanghai has made in the past 40 years.