Trump pulls back from war with Iran in national address
CGTN 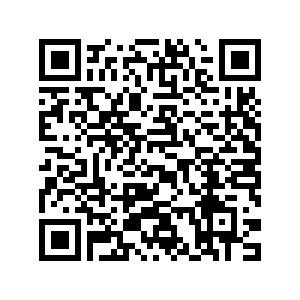 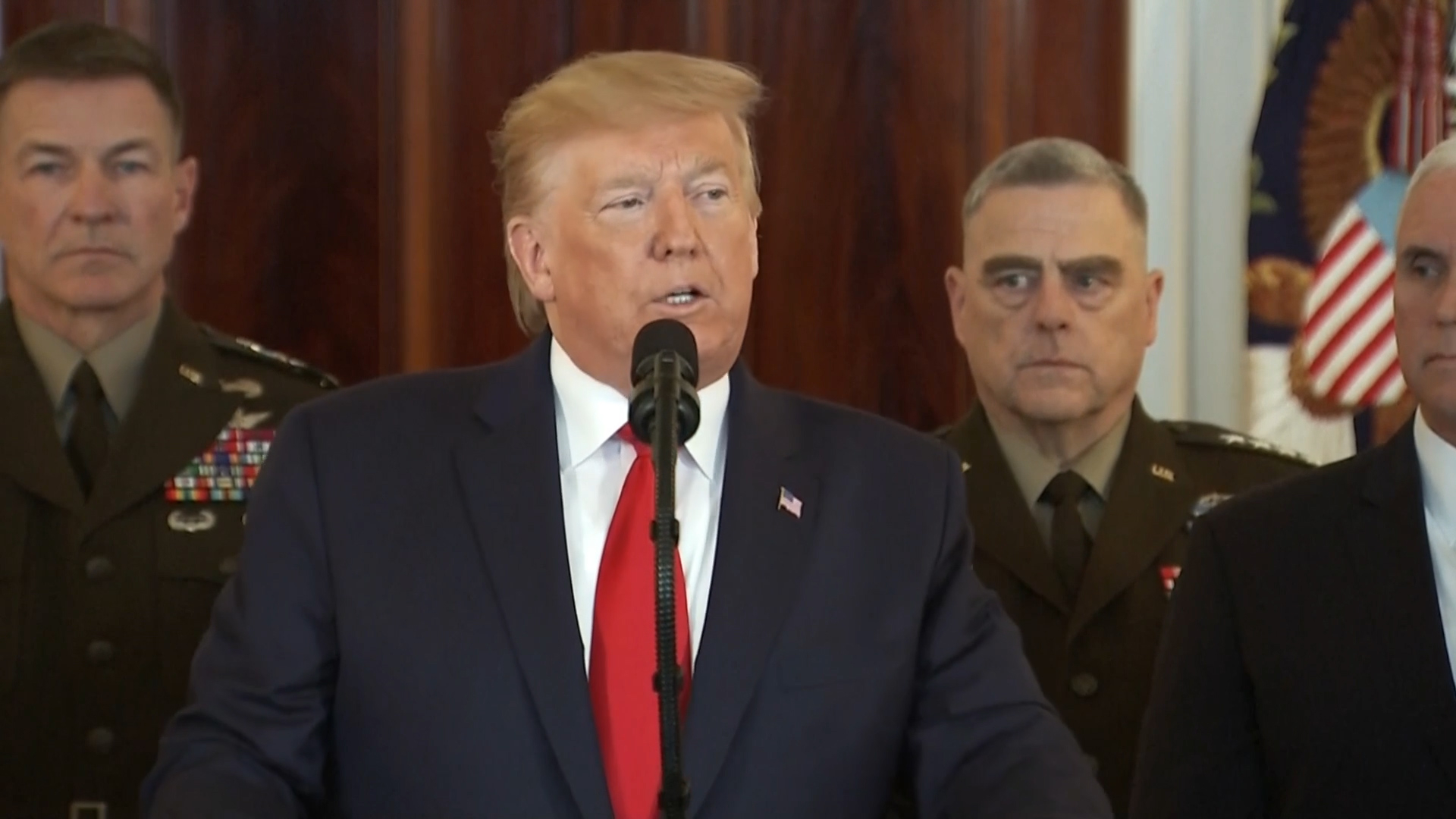 President Donald Trump pulled back from the brink of war with Iran on Wednesday, saying that Tehran appeared to be "standing down" after firing missiles, stressing that there are no reports of U.S. or Iraqi casualties from Iran's missile attacks on two bases housing U.S. forces in Iraq that took place early Wednesday local time.

In a televised address to the nation from the White House, Trump emphasized there were "no Americans harmed" in the ballistic missile salvo aimed at two bases.

While he promised to immediately impose "punishing" new economic sanctions on Tehran, Trump welcomed signs the Islamic republic "appears to be standing down" in the tit-for-tat confrontation.

The comments cooled what threatened to become an uncontrolled boiling over of tensions after Trump ordered the killing last Friday of a top Iranian general, Qasem Soleimani. 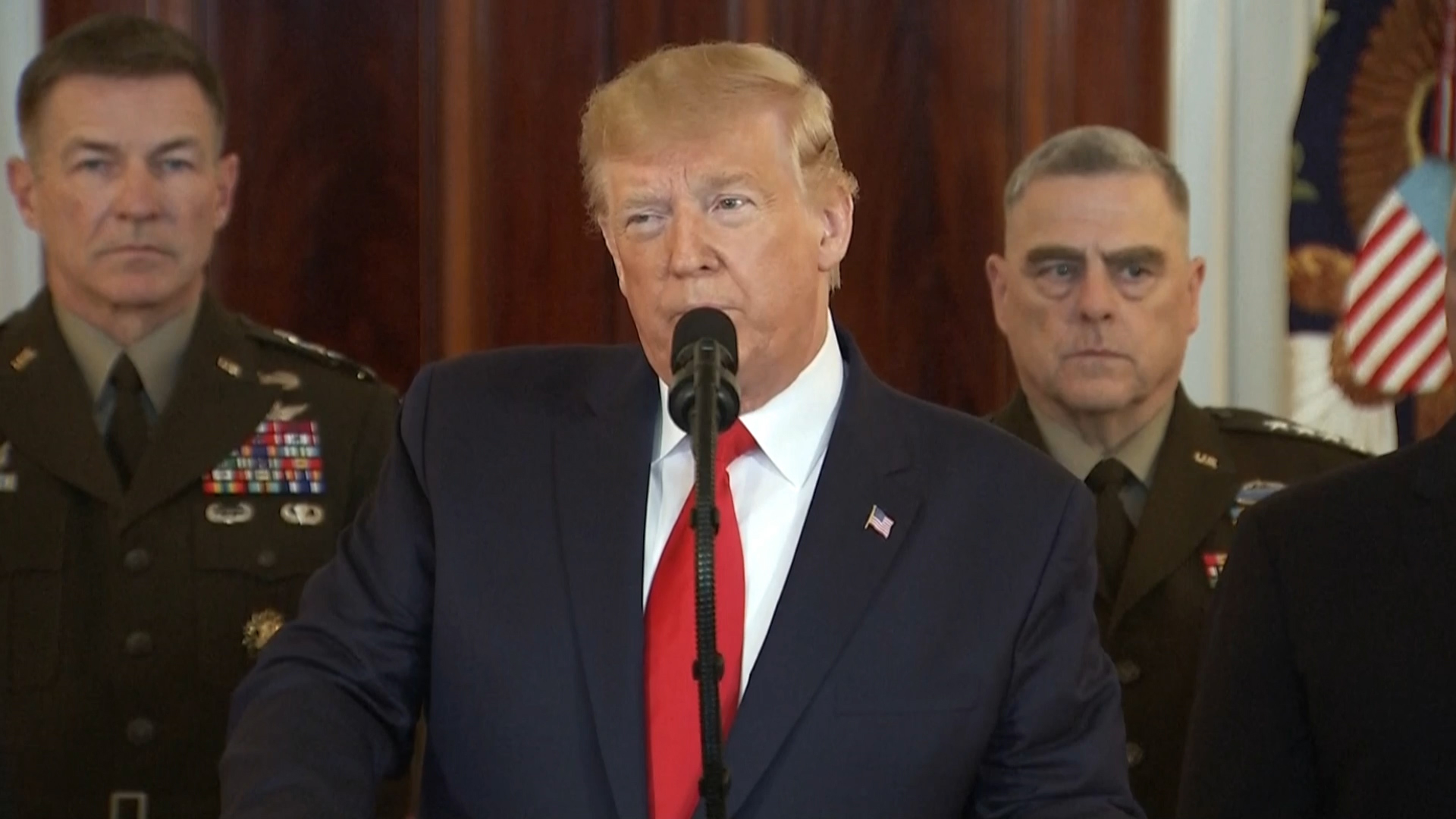 However, the U.S. president, facing both an impeachment trial in Congress and a tough re-election in November, defended his targeting of a man seen by many as Iran's second most influential official by claiming Soleimani, a national hero at home, was "the world's top terrorist" and "should have been terminated long ago."

Noticing Iran's announcement, which said it would no longer limit itself to the restrictions contained in the nuclear treaty, Trump highlighted U.S. opposition, stating that he would never allow Iran to procure a nuclear weapon.

He then urged European allies and other world powers to follow America's lead in abandoning an international agreement on managing the country's nuclear ambitions.

Trump's 2018 withdrawal from that agreement and the re-imposition of crippling economic sanctions against Iran fanned tensions between the two countries. 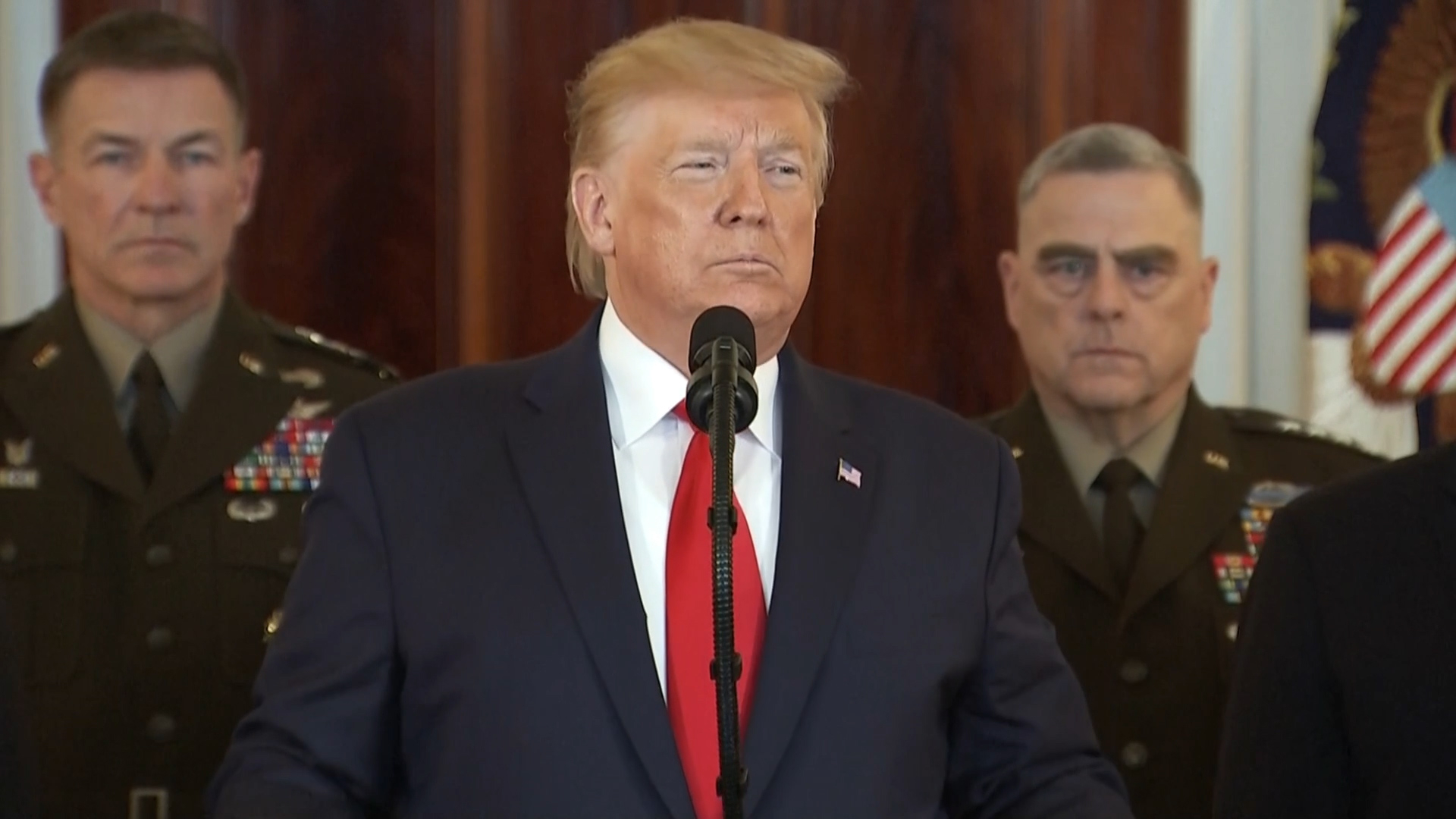 'Slap in the face'

Iran's missiles targeted the sprawling Ain al-Asad airbase in western Iraq and a base in Arbil, both housing American and other foreign troops from a U.S.-led coalition fighting the remnants of the Islamic State (ISIL) jihadist group.

Iran's supreme leader Ayatollah Ali Khamenei, who earlier promised "revenge" for Soleimani, called the missiles a "slap in the face" against the United States. He indicated there was more to come.

"The question of revenge is another issue," Khamenei said in a televised speech.

Senior Iranian commander Amirali Hajizadeh said Iran's missile attacks on U.S. targets in Iraq did not aim to kill American soldiers but sought to damage Washington's "military machine" and were the start of a series of attacks across the region, state television reported.

Hajizadeh, the head of the Revolutionary Guards Aerospace Force, also said the "appropriate revenge" for the U.S. killing of Soleimani was to expel U.S. forces from the Middle East, state TV said.

He also said Iran had hundreds of missiles at the ready and when Tehran launched missiles on Wednesday it had used "cyber attacks to disable (U.S.) plane and drone navigation systems."

Battleground Iraq: Baghdad at the center of a U.S.-Iran proxy war 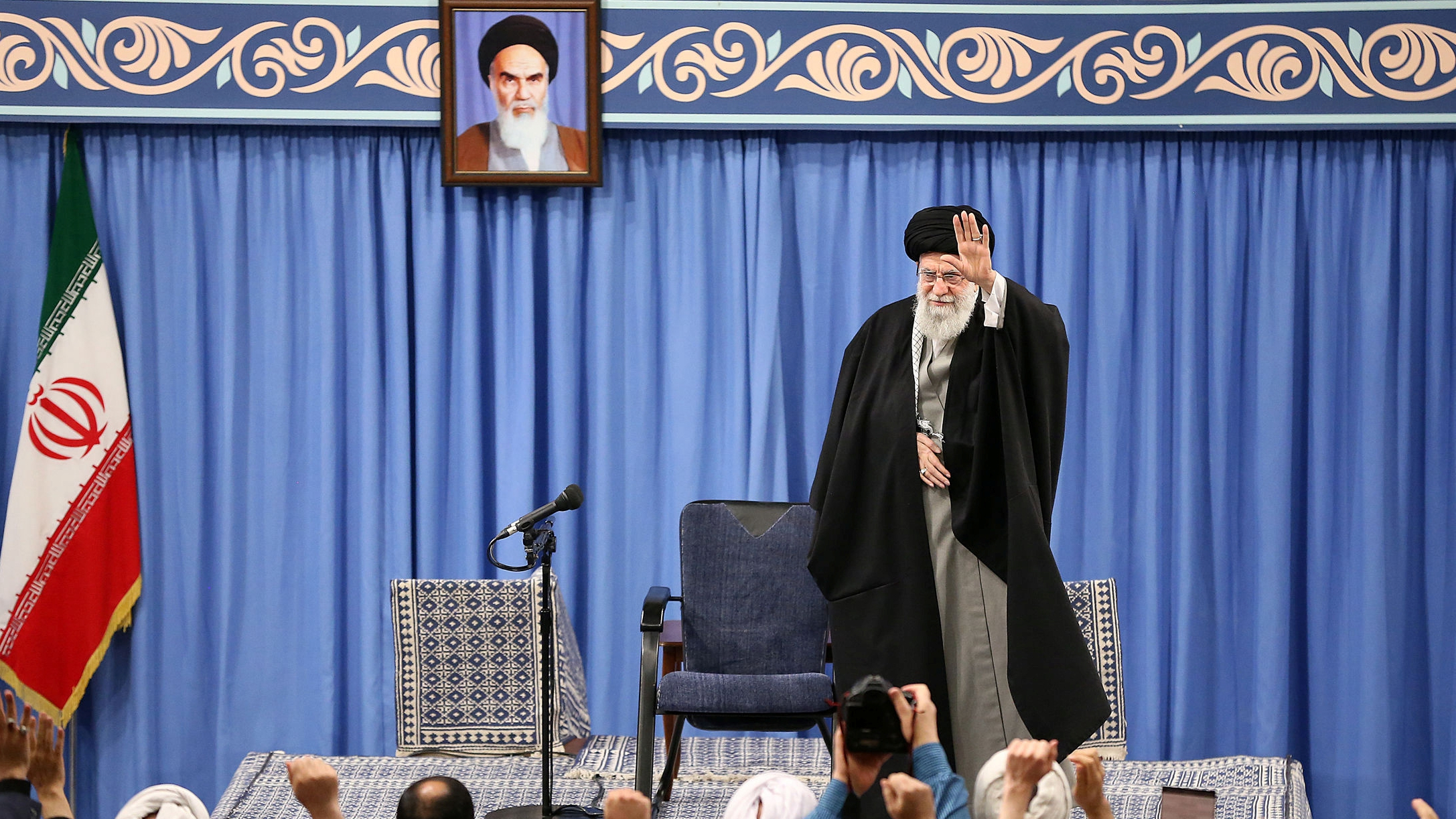 U.S. Defense Secretary Mark Esper said on Wednesday that the United States has reestablished some deterrence toward Iran in the wake of the January 3 drone strike that killed Soleimani in Baghdad.

"I think at this point with the strikes we took against KH in late December and then our actions with regard to Soleimani, I believe that we've restored a level of deterrence with them," he told reporters, referring to Kataib Hezbollah, an armed Iraqi group backed by Iran.

"But we will see. Time will tell," Esper said.

He also downplayed the firing of two rockets into Baghdad's fortified Green Zone late on Wednesday, where the U.S. and other foreign embassies are located and many U.S. troops are based.

"We should have some expectation that the Shiite militia groups, either directed or not directed by Iran, will continue in some way, shape or form to try and undermine our presence there, either politically or, you know, take some type of kinetic actions against us or do Lord-knows-what," Esper told reporters. 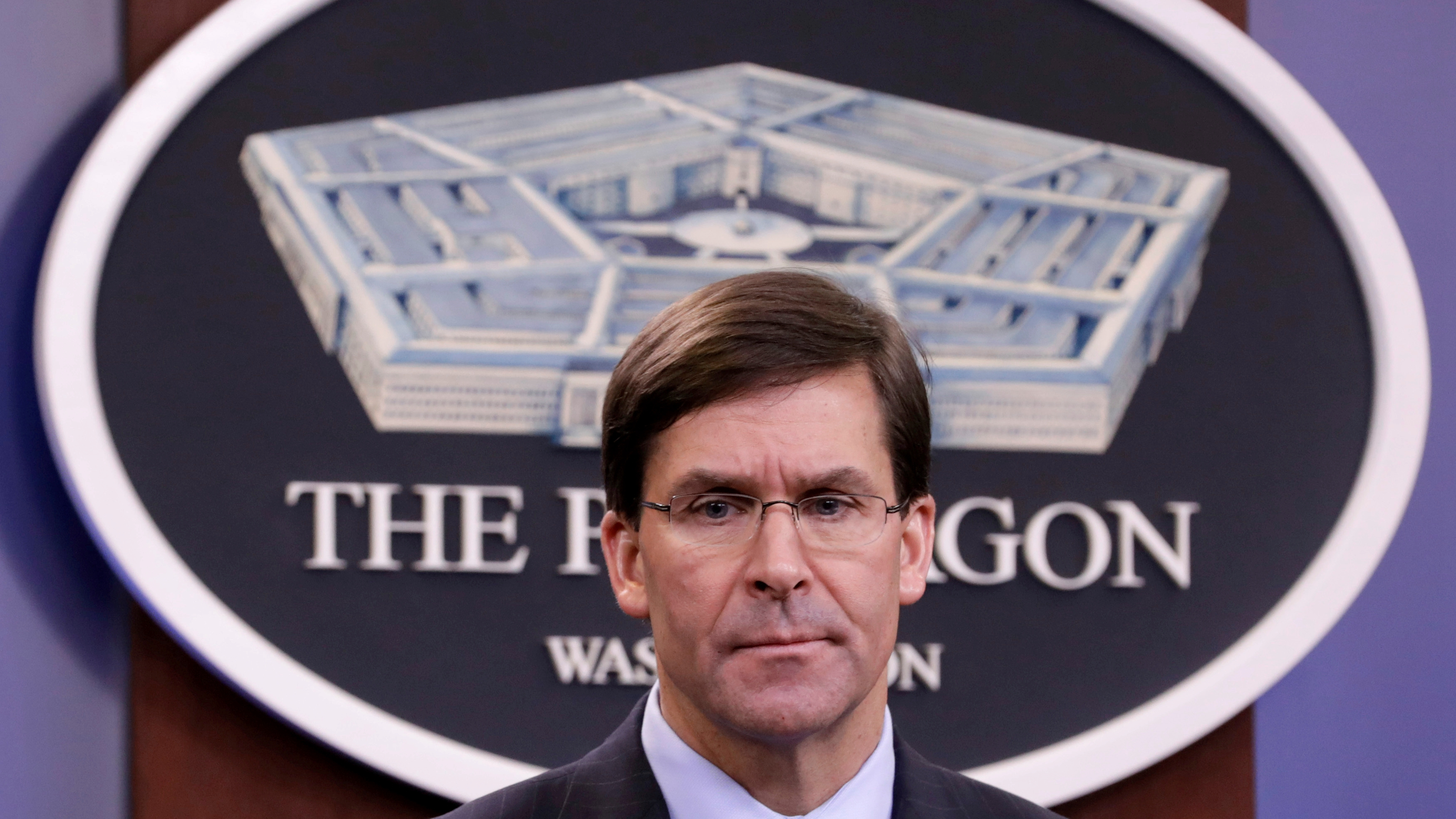 Iraq's military said it also sustained no casualties. But the strike highlighted the difficult position of Iraq, caught in an ever-deepening conflict between Trump and Iran.

Muhandis was the deputy head of Iraq's Hashed al-Shaabi, a military network incorporated into the Iraqi state whose factions are backed by Tehran. 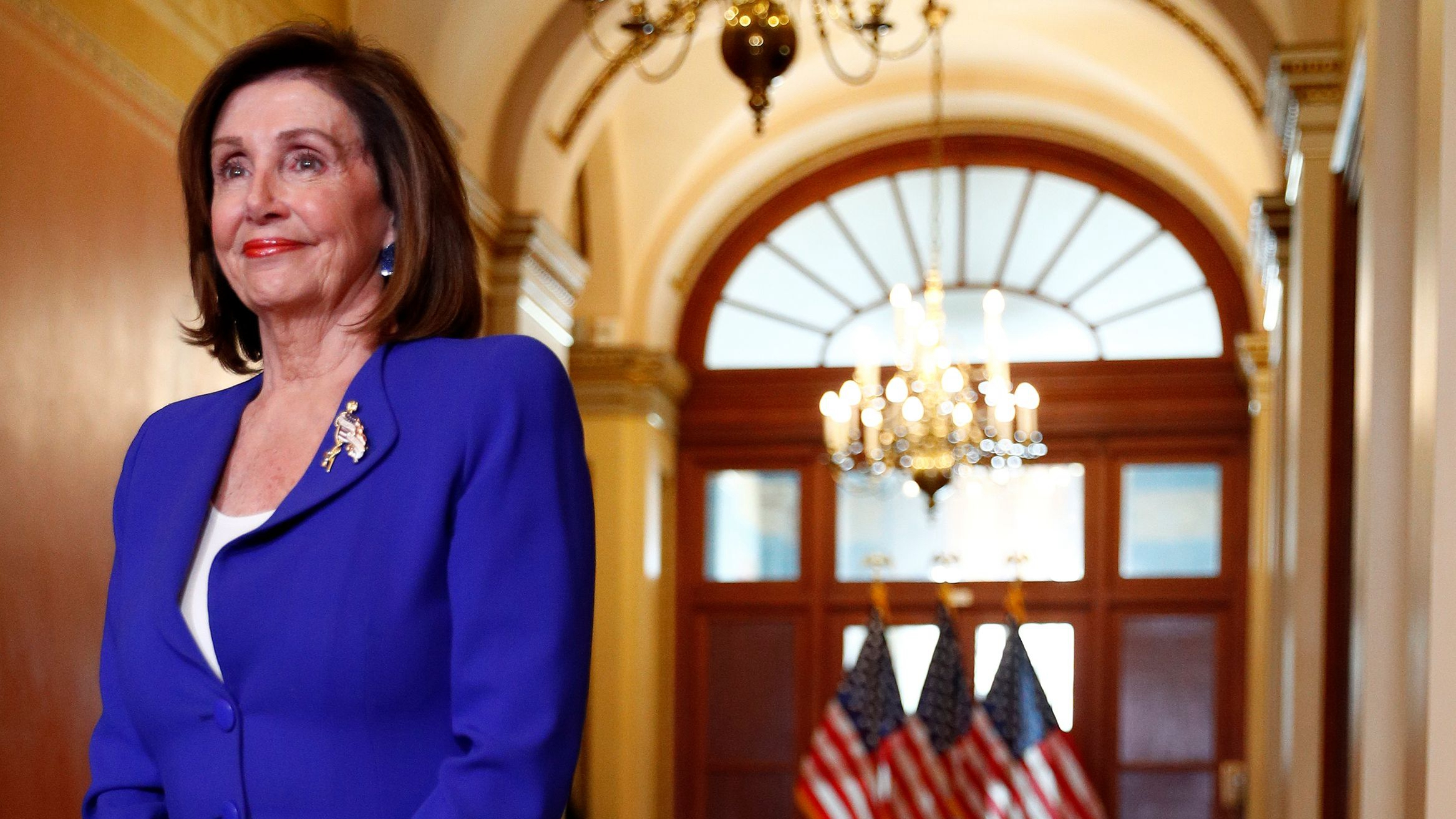 Reflecting deep concerns among Trump's domestic opponents, the Democratic-led U.S. House of Representatives scheduled a vote for Thursday on limiting the Republican president's ability to wage war against Iran without congressional approval.

U.S. House of Representatives Speaker Nancy Pelosi announced the decision on Wednesday, stressing that Congress has "serious, urgent concerns" as the administration's strategy and decisions to engage in hostilities against Iran were not addressed in a briefing with lawmakers.

"Today, to honor our duty to keep the American people safe, the House will move forward with a War Powers Resolution to limit the President's military actions regarding Iran," Pelosi said in a statement.

"This resolution, which will be led by Congresswoman Elissa Slotkin, will go to the Rules Committee this evening and will be brought to the Floor tomorrow," she added.

The resolution will likely sail through the House of Representatives, where the Democrats hold the majority, but its passage in the Senate, controlled by Trump's fellow Republicans, is less assured.