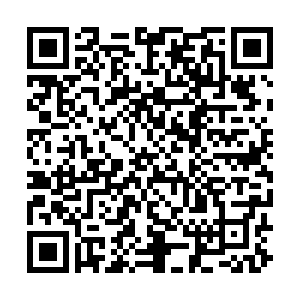 Iran's Foreign Ministry summoned Robert Macaire, the British ambassador to Iran, on Sunday for what it called the envoy's "unusual behavior" and "attending an illegal gathering" in Tehran.

"Iran handed over its formal protest to Macaire and the British government," the ministry's website said.

The British ambassador was reminded that "participation of foreign ambassadors in illegal gatherings do not correspond to their responsibilities as the political representatives of their respective countries," according to the ministry's report.

Macaire denied Sunday that he took part in protests sparked by the government's admission that it accidentally shot down a Ukrainian passenger jet killing 176 people – most of whom were Iranian citizens.

He was arrested and briefly detained on Saturday in Tehran after reportedly being caught up in a protest held at Tehran's Amir Kabir University on Saturday evening to honor those killed hours after Iran admitted the Ukrainian airliner was downed by mistake.

Iran's Mehr news agency said the ambassador was arrested for his alleged "involvement in provoking suspicious acts" at the gathering in front of the university.

"Can confirm I wasn't taking part in any demonstrations! Went to an event advertised as a vigil for victims of #PS752 tragedy," Macaire said on Twitter, adding he had left the protest site after five minutes when some started chanting.

Police dispersed students who chanted "radical" and "destructive" slogans when the tribute to those killed in the air disaster turned into an angry demonstration, Fars news agency reported.

Iranian President Hassan Rouhani said a military probe into Wednesday's incident had found "missiles fired due to human error" brought down the Boeing 737, calling it an "unforgivable mistake." 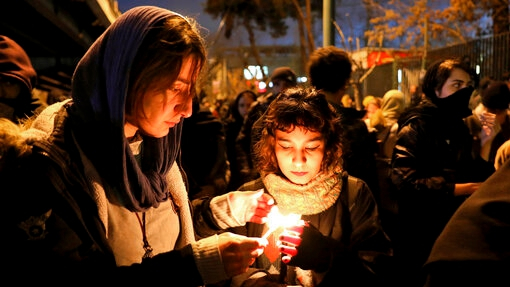 People gather for a candlelight vigil to remember the victims of the Ukraine plane crash, at the gate of Amri Kabir University, Tehran, Iran, January 11, 2020. /AP Photo

People gather for a candlelight vigil to remember the victims of the Ukraine plane crash, at the gate of Amri Kabir University, Tehran, Iran, January 11, 2020. /AP Photo

Hundreds of people mourned the dead on the streets of Tehran and other cities on Saturday, before protests broke out at which demonstrators called for officials involved in the tragedy to be removed from their positions. State television reported that students shouted anti-government chants, while Fars reported that posters of Soleimani had been torn down.

The protests were welcomed by U.S. President Donald Trump, who tweeted: "We are following your protests closely, and are inspired by your courage."

Ambassador Robert Macaire was held for around an hour by Iranian authorities, according to reports, for allegedly "inciting" protesters in Tehran angry at the Iranian military's accidental downing of the jet.

Iran's Tasnim News Agency said the envoy had been "provoking radical acts" among students. He has been released and will be summoned again by Iranian officials on Sunday, it added. 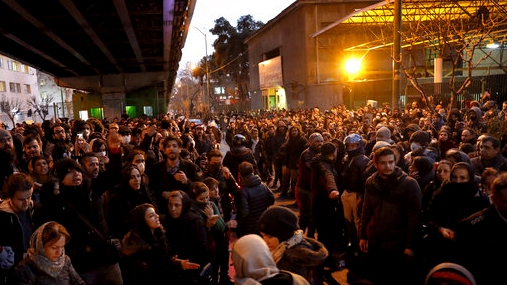 Dominic Raab, Britain's foreign secretary, described the arrest as "a flagrant violation of international law" in a statement.

He warned Iran that it was "at a cross-roads moment," and had to choose between "its march towards pariah status" or "take steps to deescalate tensions and engage in a diplomatic path forwards."

In a series of tweets in both English and Farsi on Saturday evening, Trump warned Tehran against cracking down on protests and expressed admiration for the demonstrators.

"I've stood with you since the beginning of my Presidency, and my Administration will continue to stand with you. We are following your protests closely, and are inspired by your courage," he tweeted.

Trump's message came after Iranian police dispersed students chanting "radical" slogans, according to Fars news agency, during a Saturday gathering in Tehran to honor those killed when the Ukraine International Airlines plane was shot down shortly after taking off from Tehran.

AFP correspondents said hundreds of students had gathered early in the evening at Amir Kabir University, in downtown Tehran, to pay respects to those killed.

But Brigadier General Amirali Hajizadeh said the missile operator acted independently, targeting the Ukrainian 737 after mistaking it for a "cruise missile."

The operator failed to obtain approval from his superiors because of disruptions to a communications system, Hajizadeh said. "He had 10 seconds to decide. He could have decided to strike or not to strike and under such circumstances, he took the wrong decision."

Iran commander: 'I wish I could die'

In The Spotlight: Pompeo, the face of Trump's Iran policy

Iran's military said it had been at the highest level of alert after American "threats" and that the plane had turned and come close to a "sensitive" military site before it was targeted due to "human error."

Rouhani said Iran had been on alert for possible U.S. attacks following Tehran's retaliation for the killing of top general Qasem Soleimani.

The majority of passengers on the flight PS752 were Iranians and Canadians, including dual nationals, while Ukrainians, Afghans, Britons and Swedes were also on board.

Rouhani told his Ukrainian counterpart on Saturday that "all the persons involved in this air disaster will be brought to justice," Ukraine's presidency said.