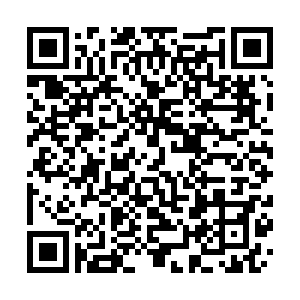 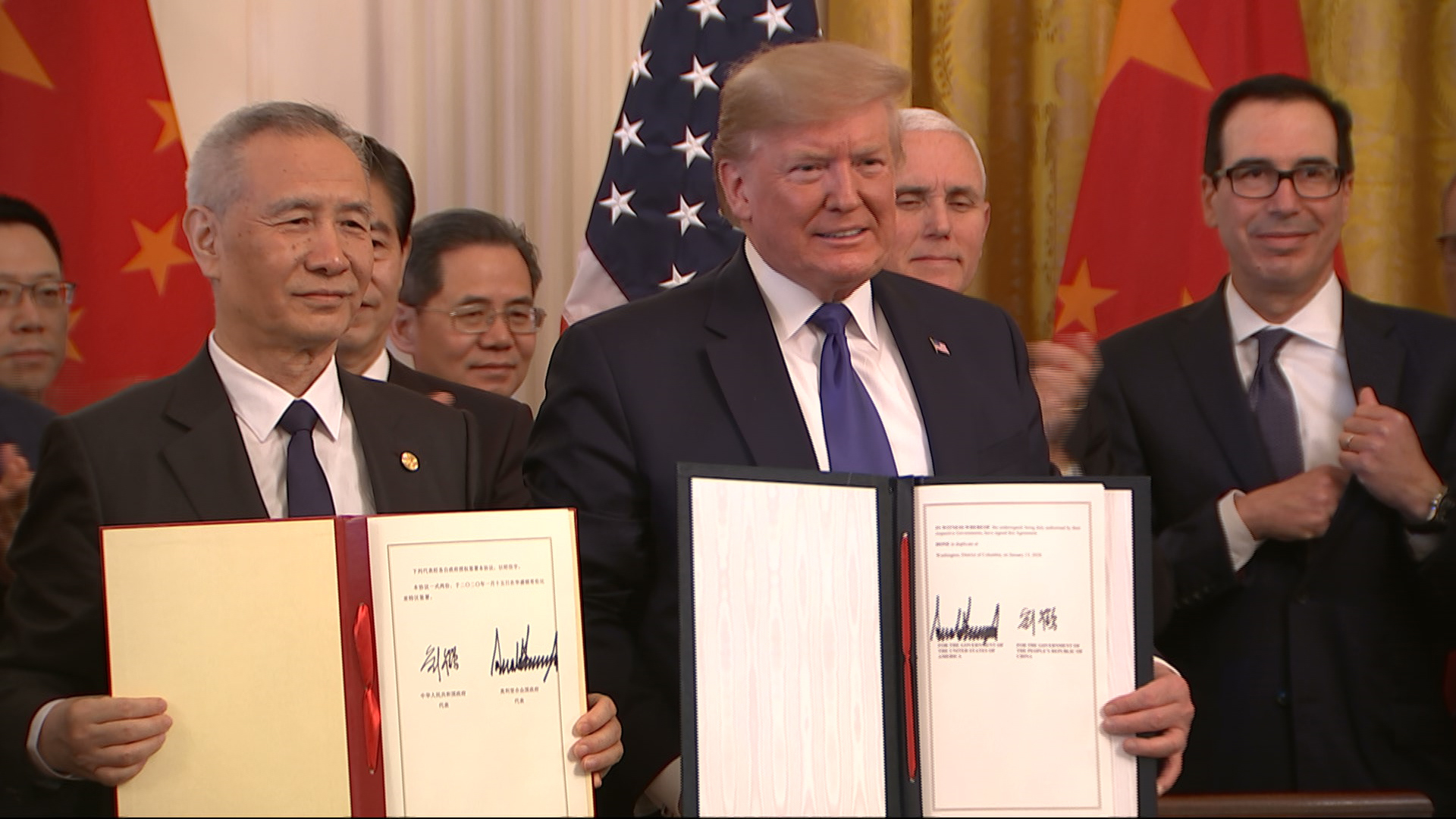 Chinese Vice Premier Liu He said on Wednesday that the phase one economic and trade deal between China and the United States is beneficial not only for both countries, but also for the whole world.

Addressing a ceremony for the formal signing of the landmark agreement in the East Room at the White House, Liu said China and the United States, the world's two largest economies and two major players in international affairs with great responsibilities, reached the phase one deal "with the big picture in mind" and through "acknowledging and properly managing" their differences.

He added that the deal is not in conflict with the legitimate rights and interests of any third party, and is also in accordance with World Trade Organization (WTO) rules.

At the opening of his speech, Liu said he wanted to "pay utmost respect" to the two countries' heads of state, and to thank the negotiating team from both sides, for making the deal possible.

"There have been several setbacks in negotiations, but we were not overwhelmed by difficulties," Liu said. After continuous efforts by both teams, China and the United States reached the phase one deal based on the principle of equality and mutual respect, which illustrated a Chinese saying "There are always more solution than problems."

After the signing of the deal, China hopes that both sides will strive to implement the deal in an earnest manner, by sticking to the principle of equality and mutual respect, abiding by all agreed terms, discussing with each other when problems emerge, and accommodating each other's core concerns, Liu said. 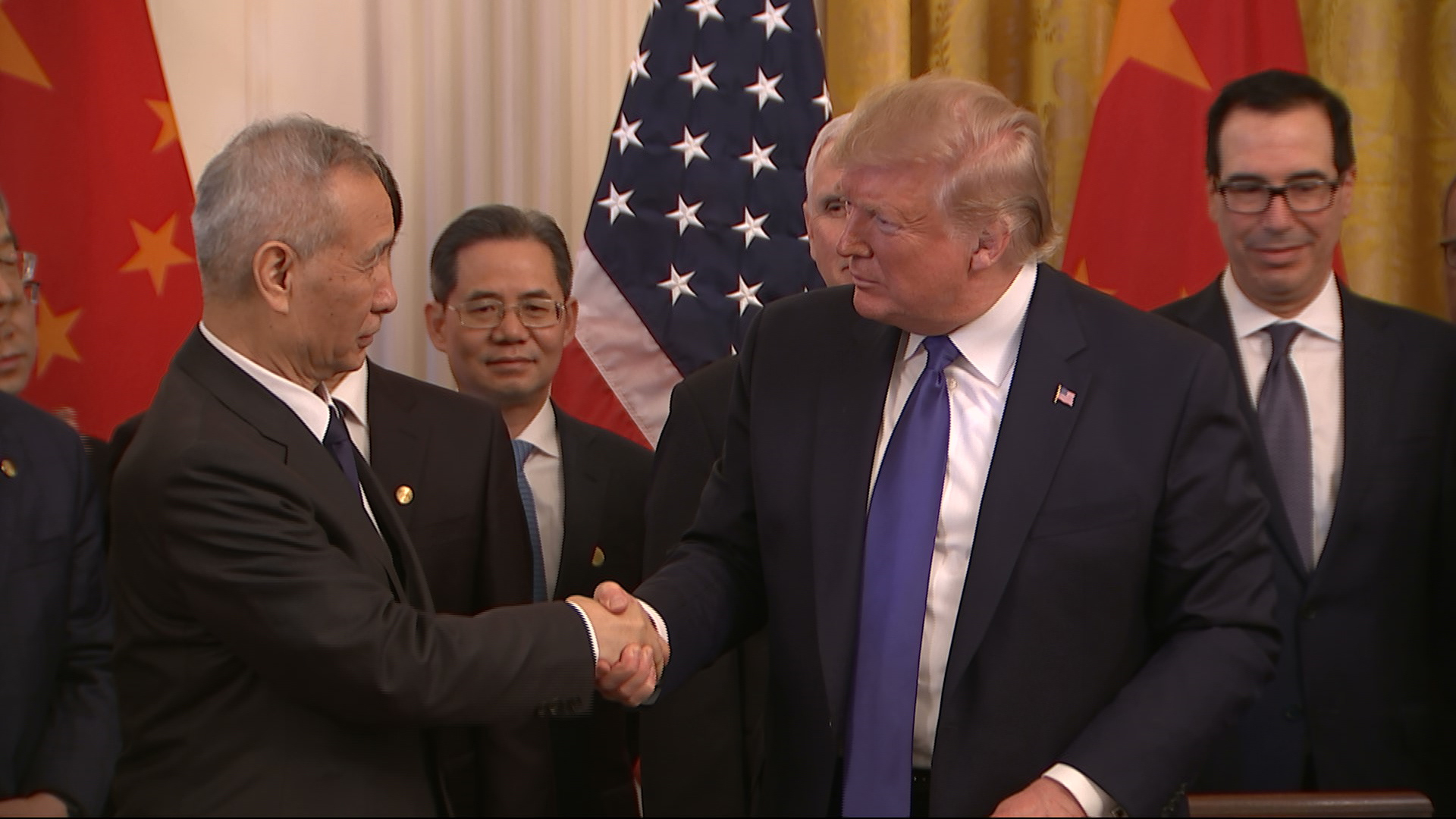 U.S. President Donald Trump calls the signing of phase one trade agreement a "momentous event" in his opening remarks, and says negotiations were "tough, open and respectful."

He also says "China has made substantial and enforceable commitments to protect American ideas," and "tariffs will all come off as soon as we finish phase two."

U.S. Vice President Mike Pence calls today ends the "era of economic surrender." He also quotes Chinese proverb: "Men see only today, but heaven sees the future," and says this is the start of a better future.

At the invitation of the United States, Vice Premier Liu He - Beijing's chief negotiator for the China-U.S. comprehensive economic dialogue - arrived in Washington Monday afternoon. He met with U.S. business leaders on Tuesday.

Beijing announced on December 13, 2019, that China and the United States agreed on the text for a phase one economic and trade agreement "based on the principle of equality and mutual respect."

China's Foreign Ministry spokesperson Geng Shuang said on Thursday at a regular press conference that the phase one economic and trade deal between China and the U.S. was beneficial to both countries and the world.

"The priority for China and U.S. is that both sides should adhere to the principles of equality and mutual respect, strictly abiding by the agreement and each other's core consensus, and work hard to implement the phase one trade deal", Geng added.