Many across China are mourning the death of American basketball great Kobe Bryant, leaving comments on his last Weibo post. 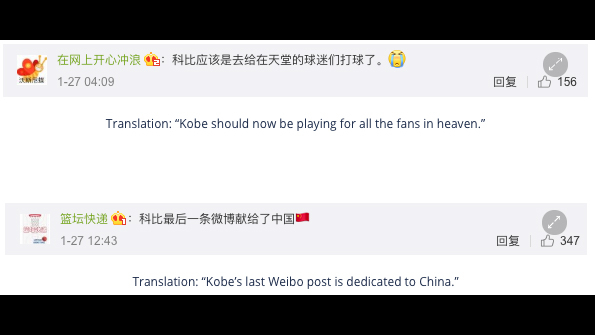 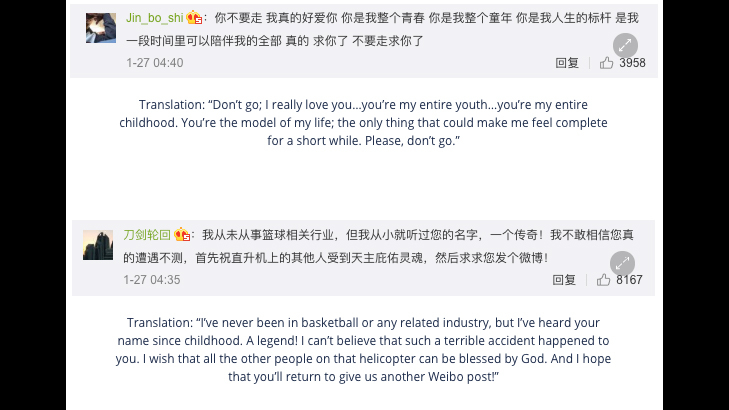 Bryant was the most popular NBA star in China, even three years after retiring, according to a 2019 report by the Mailman Group, a digital sports marketing company.

Shortly after his helicopter crashed, his death was one of the most-searched topics on Weibo.

According to Marketwatch, Bryant's number 24 Lakers jersey was the top-selling jersey in China for years.

In 2009 Bryant became a cultural ambassador for the Asia Society and started the Kobe Bryant China Fund, a charity that raises money for youth programs in China. 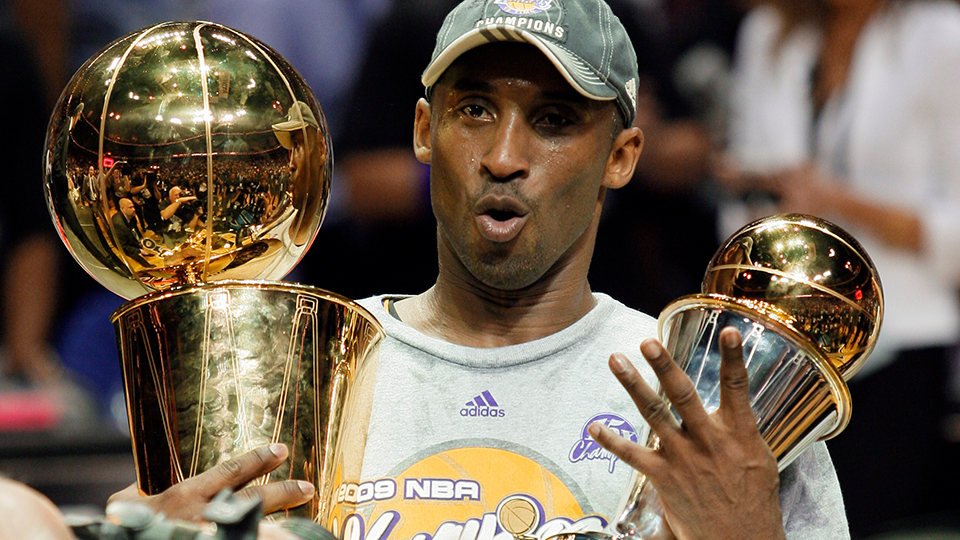 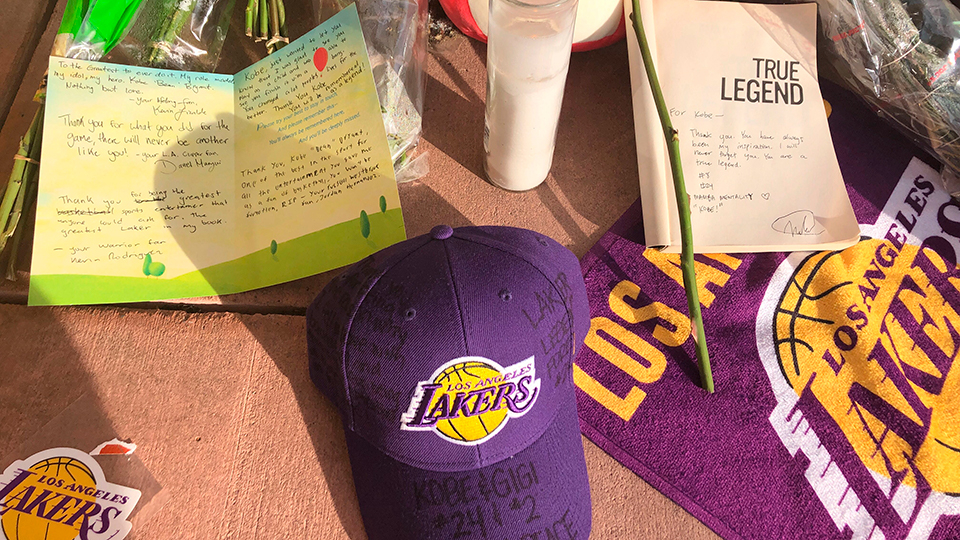 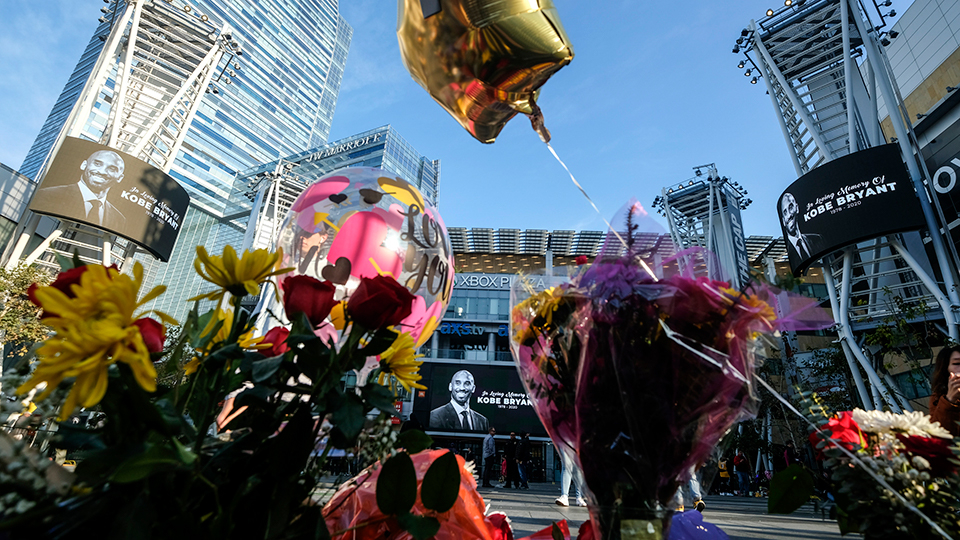