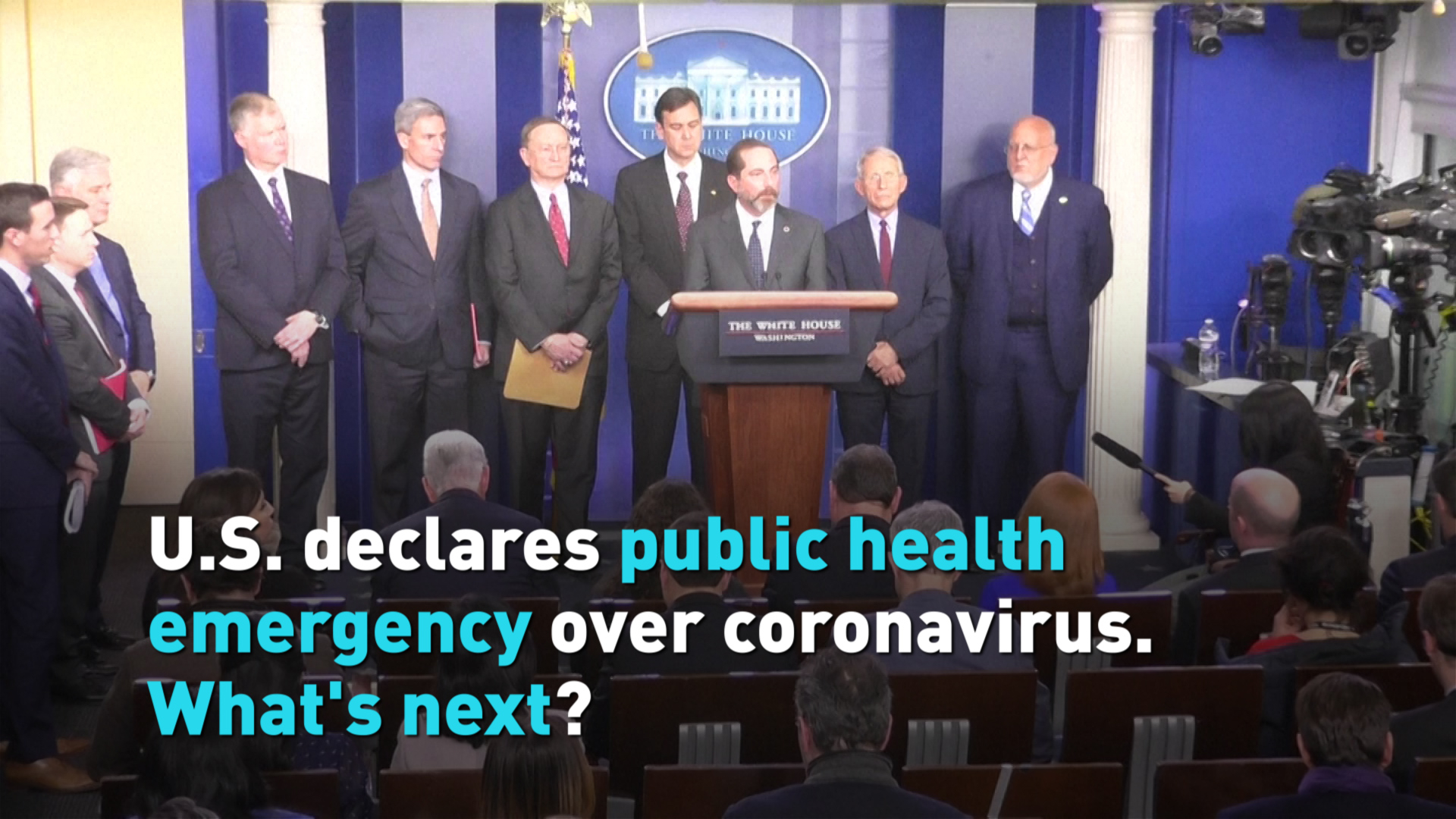 The Trump administration has declared the coronavirus outbreak a public health emergency in the U.S.

Starting Sunday, U.S. citizens returning to the United States who have been to Hubei province in the previous two weeks will be subject to mandatory quarantine up to 14 days.

Foreign nationals who are the immediate family of U.S. citizens or permanent residents are exempt.

CGTN spoke to Dr. Alexandra Phelan about what the new declaration means to the U.S.

"I think it is time to be prepared and to also be getting ready to respond and responding to the cases," she said.

She also told CGTN that "what we want to be doing is making sure that people know that we know who to contact if they feel ill or if they've had contact with someone who is ill."

Phelan is a member of the Center for Global Health Science and Security and a faculty research instructor in the Department of Microbiology and Immunology at Georgetown University.