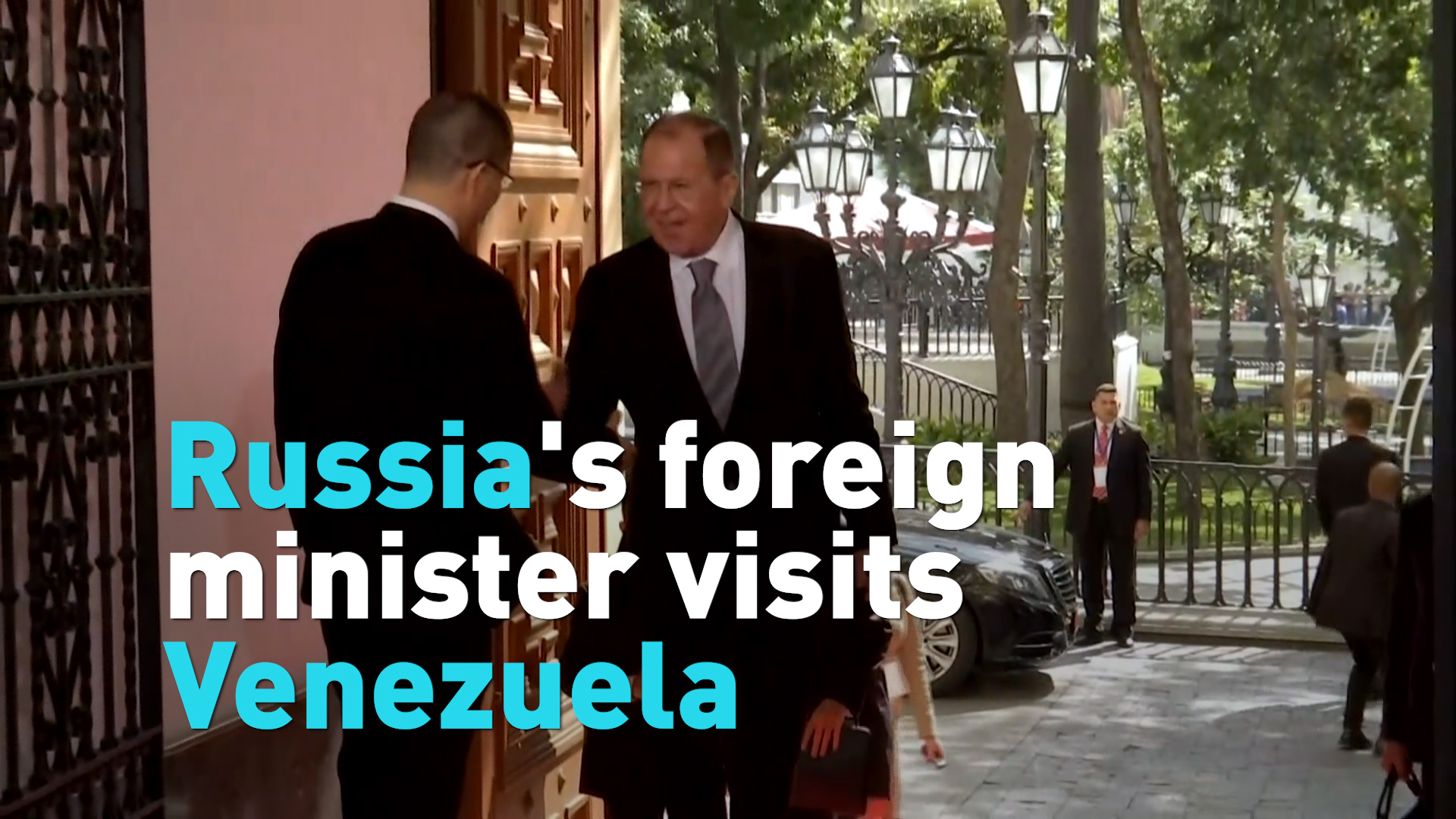 Russian Foreign Minister Sergei Lavrov on Friday slammed U.S. sanctions against Venezuela as "illegal" during an official visit to Caracas.

"These sanctions are illegal and are the main cause of the crisis in the Venezuelan economy," said Lavrov after meeting his Venezuelan counterpart Jorge Arreaza.

Lavrov is on a three-day Latin American tour visiting Venezuela, Cuba, and Mexico. He offered Russia's full support to Venezuelan President Nicolas Maduro to his counterpart Jorge Arreaza during his visit in Venezuela.

Calling the U.S. sanctions against Venezuela as "unacceptable," Lavrov said to solve the crisis in Venezuela, the country needs to hold parliamentary elections this year.

"I would like to start by thanking for the invitation to talk in front of this national dialogue group. It's is the only active form of negotiation between the government of Venezuela and the opposition," Lavrov said.

"Other initiatives of dialogue were approved and sadly, were suspended, and the participation of the radical opposition, as we had seen, they are more worried about their ambitions and not on the fate of their homeland." 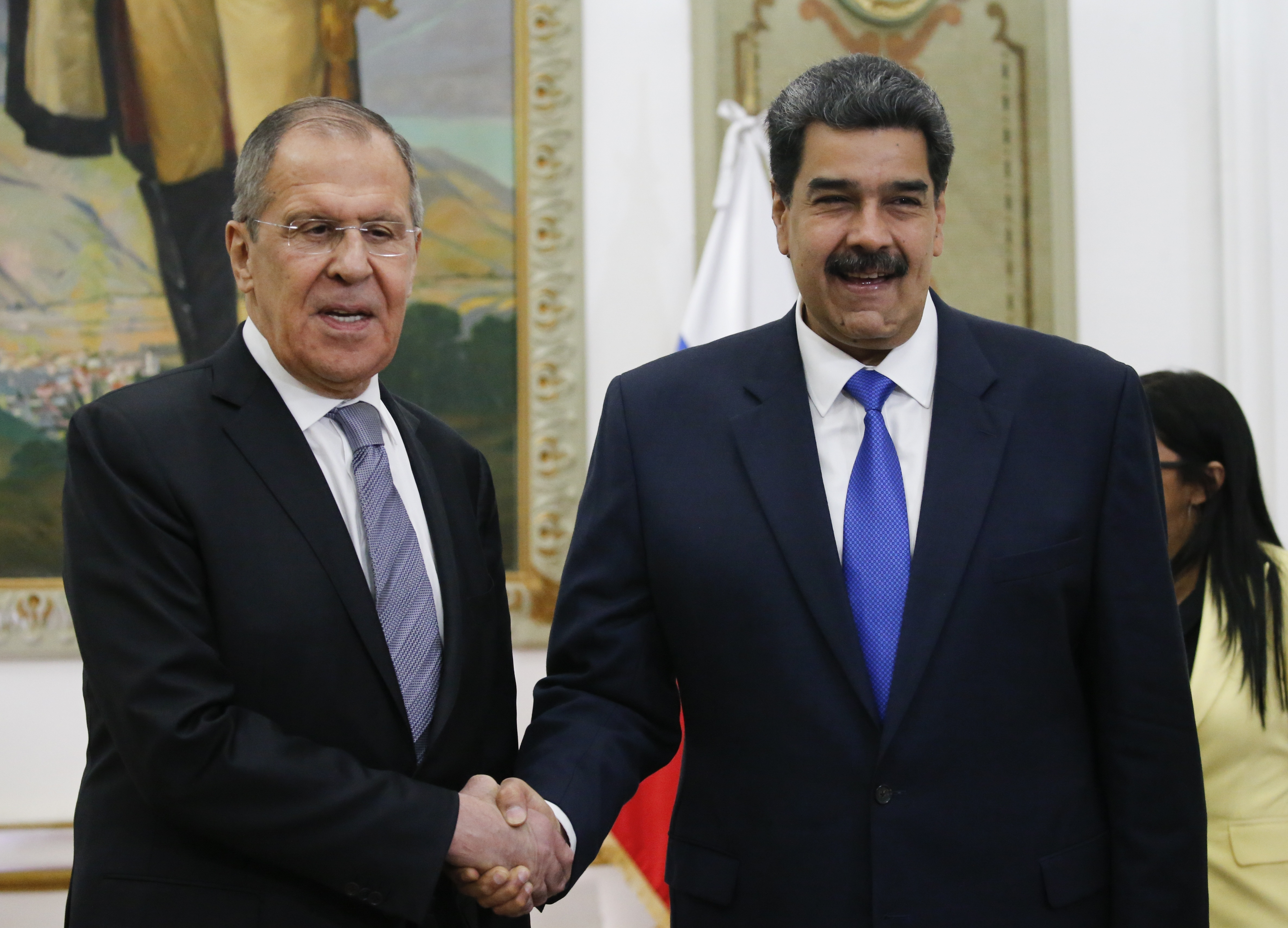 U.S. President Donald Trump has launched a new wave of sanctions against Venezuela's economy as well as against Maduro and his ministers.

Among those measures, Washington imposed sanctions on Venezuela's oil industry last year, targeting the country's main source of hard currency, and on Friday it hit its flag airline, Conviasa.

The U.S. administration has said the sanctions are aimed at forcing Maduro to step down.

Juan Guaido, the leader of the opposition who has declared himself Venezuela's rightful president, was a guest at the U.S. Congress when Trump delivered his State of the Union speech earlier this week. He later met with Trump at the White House, receiving the same reception as a head of state.

Washington warned Venezuela against harming Guaido or attempting to block his return to the country. 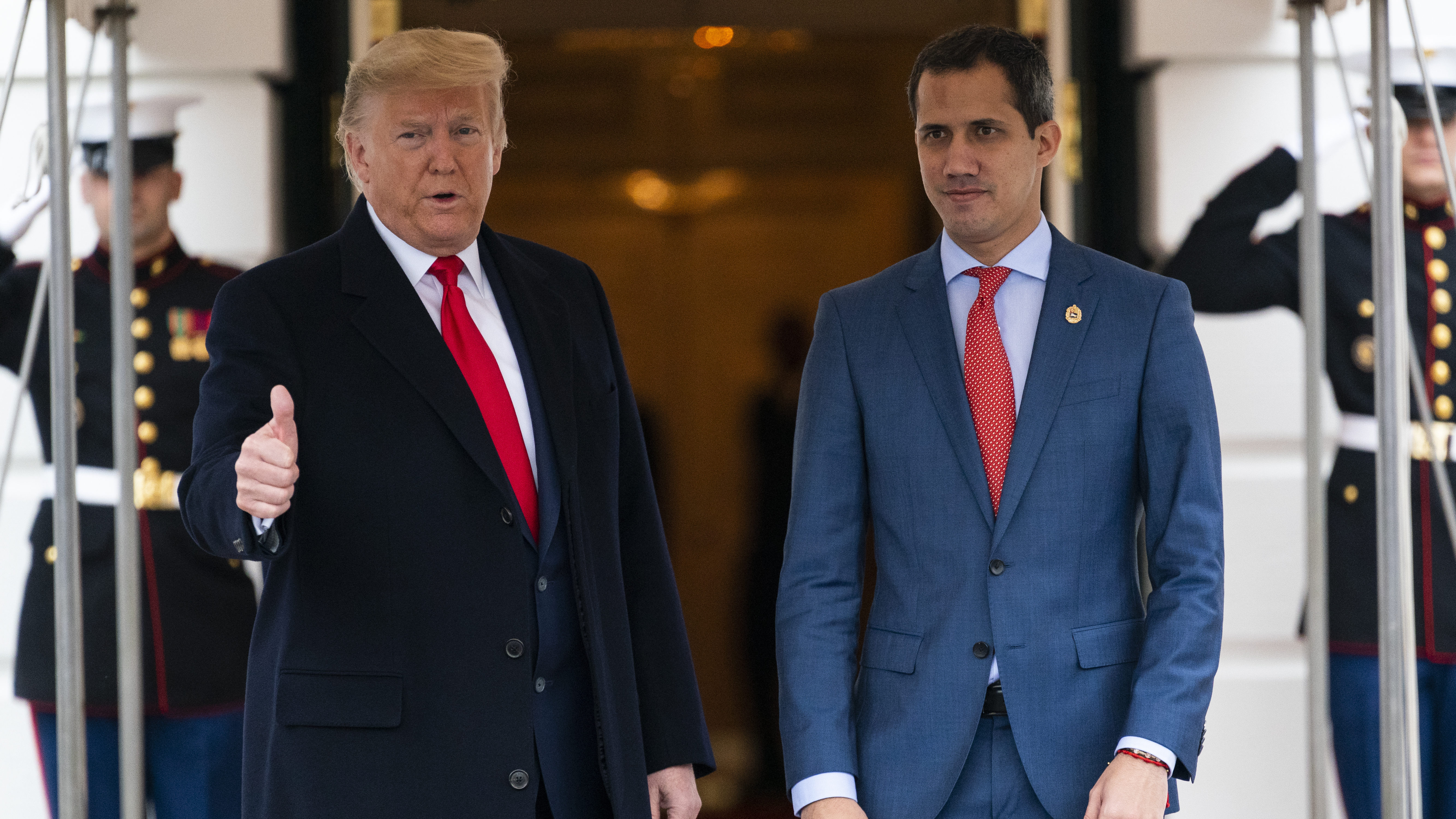 On Thursday, Elliott Abrams, the U.S. administration's pointman on Venezuela, hinted that Washington is planning to target Russia for backing Venezuela, amid reports that the U.S. could sanction Russian state oil giant Rosneft for its increasingly close relationship with Caracas.

"Russia may soon find out that their continued support of Maduro will no longer be cost-free," Abrams said.

As Lavrov visited Venezuela, the defense minister of Colombia, the closest U.S. military partner in the region, held talks in Washington.

At a joint news conference, U.S. Defense Secretary Mark Esper made a veiled reference to Russia as he said that Washington was "united" with Colombia.

"This is especially important in an era of great power competition, as our strategic competitors seek dominance and malign influence in regions like Latin America," Esper said.

He said that Maduro's impact on Venezuela has been "shameful."

"We see it urgent that this illegitimate, brutal, oppressive regime led by Maduro needs to move on, and we need to get back to a democracy," Esper said.