Is the U.S. prepared for the coronavirus?
CGTN 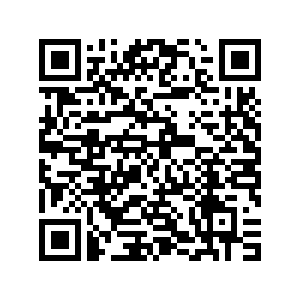 The number of people in the United States infected with the coronavirus, now called COVID-19 is coming in at a trickle. But health officials speaking at a roundtable of a Senate panel on Homeland Security are sounding the alarm.

Dr. Luciana Borio a former bio-security official with the National Security Council says, "We have to assume that we are going to get a lot more cases here.  And, I really worry about the healthcare preparedness and the reliability to take care of patients."

In an effort to slow the spread of the virus in the United States, the Trump Administration issued severe travel restrictions and is one of a number of nations that have issued a travel ban on passengers coming from China.

The United States depends on Chinese manufacturing for a wealth of its pharmaceuticals, as well as personal protective devices such as masks, and latex gloves.

There are 400 pharma companies in China.

Not only has the U.S. pulled all of its drug inspectors from China, the travel ban is also having a significant impact.
As much as 90% of protective health care items, like masks and gloves come from China.

Scott Gottlieb, the former commissioner of the Food and Drug Administration says there’s already a shortage of those items in China, and it "…just makes sense that they would take care of their own people first."

The Centers for Disease Control and Prevention is imploring Americans to not buy gloves and masks, saying doctors, nurses and other health care workers have a greater need.
The health professionals all said they expect a significant spike in the number of patients infected in the U.S.

Asha George, a bio-security expert says numbers in China and around the rest of the world have been significantly under-reported.
George says, "For every one case you see, there’s seven or eight out there that you don’t.  So, that means we’d be looking at hundreds of thousands cases.  I think that’s the scale we should be planning."

Hundreds of thousands would swamp hospitals and health care workers.

The next few weeks could very well decide whether the U.S. and other nations find themselves in the middle of a global pandemic.