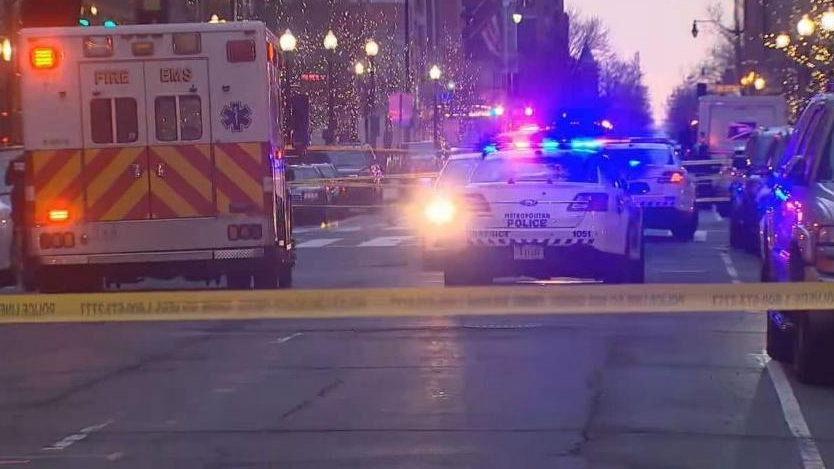 One person was pronounced dead after a shooting near the National Portrait Gallery on Thursday afternoon in Northwest, Washington, D.C., Police Department Chief Peter Newsham said in a press briefing.

"We had a suspect that ended up shooting an adult male multiple times. That adult male was taken to a local hospital where he was pronounced dead," Newsham told reporters.

Police chased and captured the suspect at 11th and H streets in Northwest. Streets were closed in the area causing massive traffic back-ups in downtown D.C.

The officials, who spoke on the condition of anonymity to discuss preliminary aspects of an ongoing investigation, said that the victim was shot in the head and critically wounded. The officials said the person shot by police sustained a hand injury.

A police investigation is currently underway.