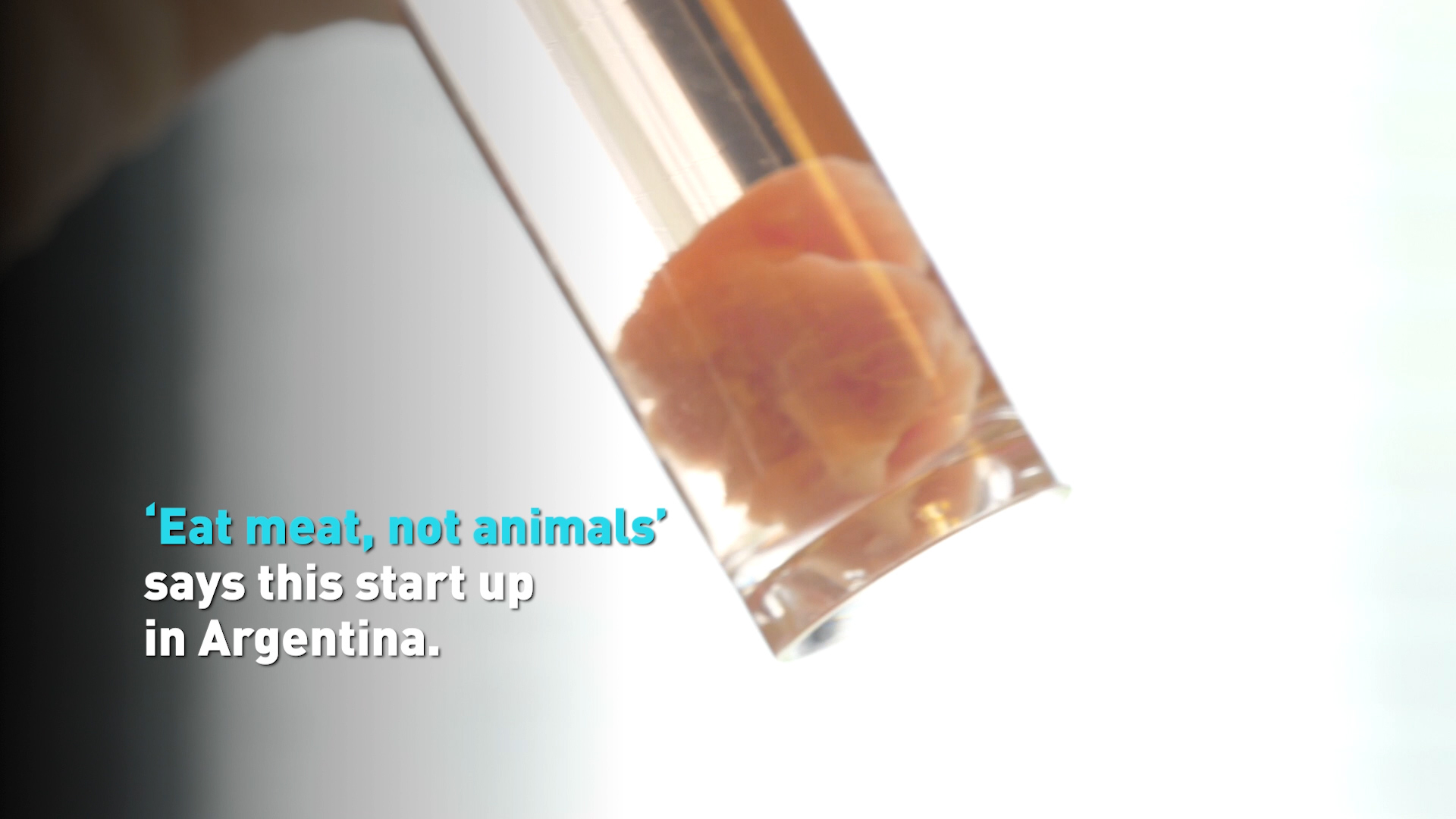 At lunch time in Buenos Aires restaurants do a swift trade in their prized dish - the steak.

Argentines are among the world's most avid beef eaters.

And Argentina is also a major exporter of beef - increased demand from the Chinese market led to a major boost in exports last year.

But a growing world population, and an increasingly urgent debate about climate change and the effects of agriculture on the environment means that many people think it is time to think differently about the future of food.

Cellular agriculture has emerged as an alternative to traditional agriculture.

'Eat meat, not animals' runs the slogan of the product BIFE, still in developmental phase at a laboratory in Buenos Aires.

Here they are making beef, with not a cow in sight.

"Here we have pure muscle fiber," says Dominici, showing small rings of protein they have developed.

"This is the raw material to make any meat product in the format of processed  meat."

But not everyone is impressed by this new technology. Argentina’s beef industry accounts for billions of dollars of exports for the country.

"It is another product, I don't think it should be called meat," says Juan José Grigera Naon at the Argentine Beef Promotion Institute.

"Meat is derived from animals, animal production systems. It is another product. It has to fend for itself with good things or bad things of that product, but not on the umbrella of meat."

Back at Craveri Laboratories they say their lab-made products will offer alternatives to consumers.

"What we are thinking of is a co-existence. Cellular agriculture won't replace traditional agriculture 100%," says company president , Juan Craveri.

This technology is still far from being commercially viable. To make a single hamburger here costs thousands of dollars.

"It is the same with computers and cell phones," says Craveri. "They were very expensive, but as technology advanced they became more accessible. We think that the product could be in the market in the next five years."

So Argentines are still years away from having to decide whether they get their protein fix from a pampas-raised steak, or a burger fresh from the lab.