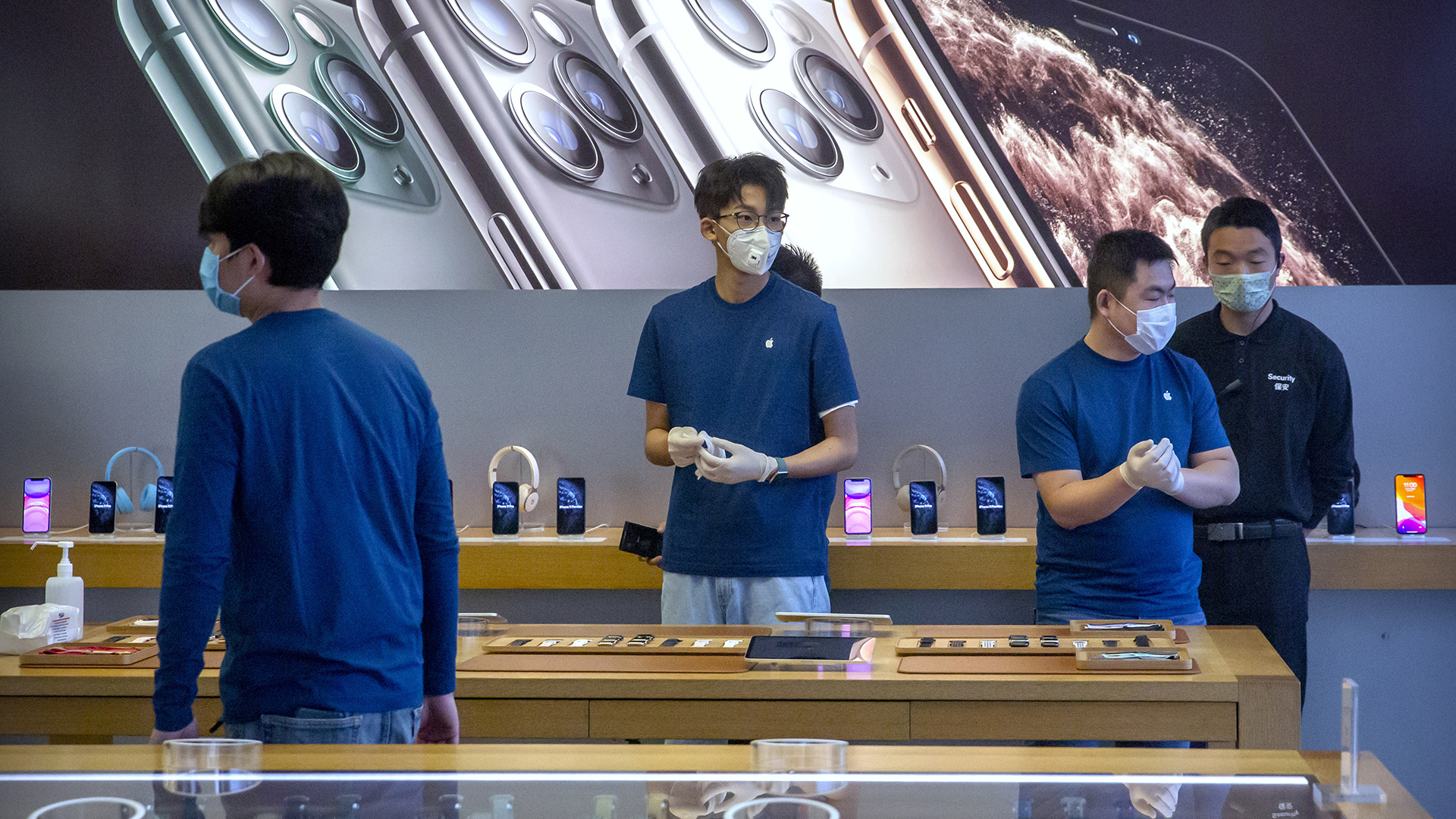 Apple warned on Monday it was unlikely to meet its second-quarter sales guidance due to the slow re-opening of its factories in China where the coronavirus epidemic lingers on.

Some of its retail stores in China remain closed or are operating at reduced hours, which will hurt sales this quarter. Apple's China business accounted for 15 percent of Apple's revenue, or 13.6 billion U.S. dollars, last quarter.

On January 28, Apple had forecast 63 to 67 billion U.S. dollars in revenue for the quarter ends March 30.

The epidemic has killed about 1,873 people as of Tuesday, disrupted supply chains and delayed the re-opening of factories and other businesses after the extended Lunar New Year.

In earlier February, the tech giant said it would close its China stores through February 9.

"The magnitude of this impact to miss its revenue guidance midway through February is clearly worse than feared, "Wedbush analyst Daniel Ives wrote in a note.

"While trying to gauge the impact of the iPhone miss and potential bounce back in the June quarter will be front and center for the Street, we remain bullish on Apple for the longer term," Ives said.

"If Apple shares were traded cheaply, that might not matter much. But when they are trading at a record high, investors will be surely tempted to sell," said Norihiro Fujito, chief investment strategist at Mitsubishi UFJ Morgan Stanley Securities.

The disruption follows a strong December quarter for iPhone sales, which were up for the first time in a year. That could provide an opening for mobile phone rival Samsung, which has invested in manufacturing capacity in Vietnam and elsewhere.

Samsung launched smartphone delivery services for customers to test its new products this week, as the spread of the virus has prompted the South Korean firm to cancel promotional events and brace for weak store sales.