Chinese CDC: more than 80% of coronavirus cases have been mild
CGTN 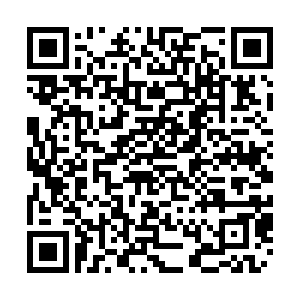 The Chinese CDC has found that more than 80% of the cases of infection with the coronavirus in China have been mild, and new cases seem to be falling since early this month.

The report, released Monday by the Chinese Center for Disease Control and Prevention, looks at nearly 45,000 cases of COVID-19 coronavirus in China, making it the biggest study since the outbreak began.

A total of 72,436 cases have been reported in China as of Tuesday, although a spike in recent cases was due to a broader definition in the hardest-hit region based on doctors' diagnoses before laboratory tests were completed.

The report gives the World Health Organization a "clearer picture of the outbreak, how it's developing and where it's headed," WHO's director-general said at a news conference.

"It's too early to tell if this reported decline will continue. Every scenario is still on the table," Tedros Adhanom Ghebreyesus said.

The new study reports on 44,672 cases confirmed in China as of Feb. 11. The virus caused severe symptoms such as pneumonia in 14% of them and critical illness in 5%.

That's lower than for SARS and MERS, which are caused by two similar viruses, but COVID-19 ultimately could prove more deadly if it spreads to far more people than the others did. Ordinary flu has a fatality rate of 0.1% yet kills hundreds of thousands because it infects millions each year.

Cases seem to have been declining since Feb. 1, but that could change as people return to work and school after the Chinese holidays, the report warns. 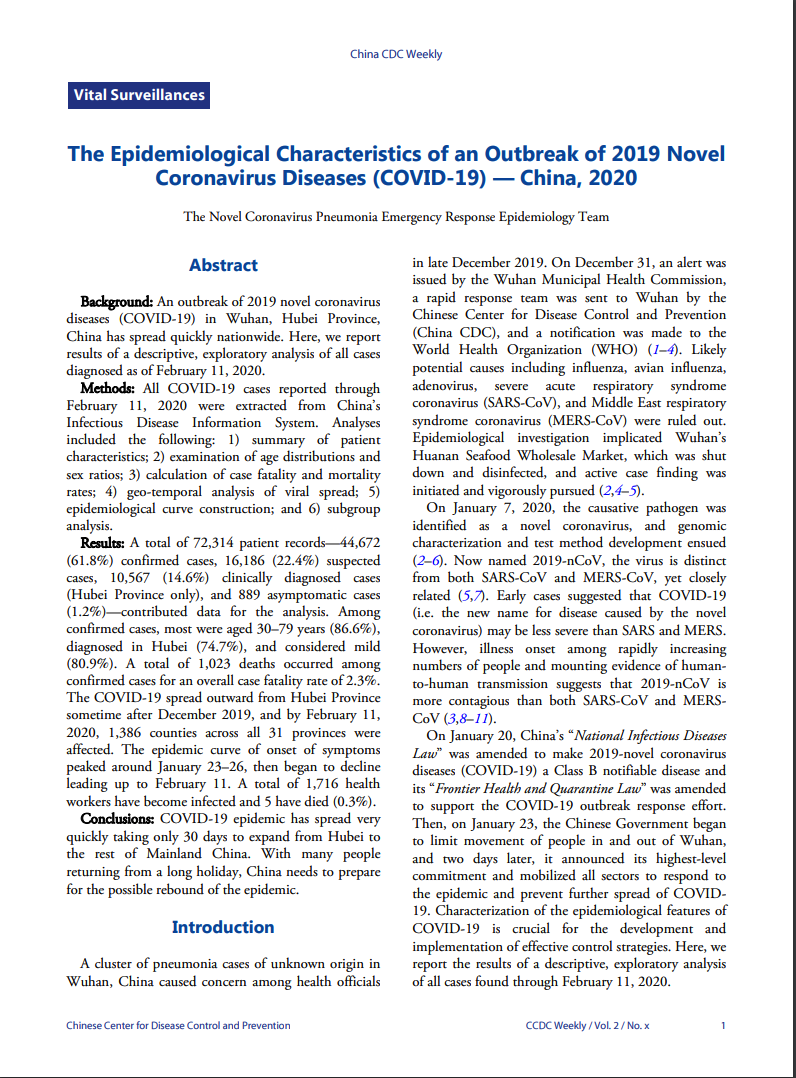 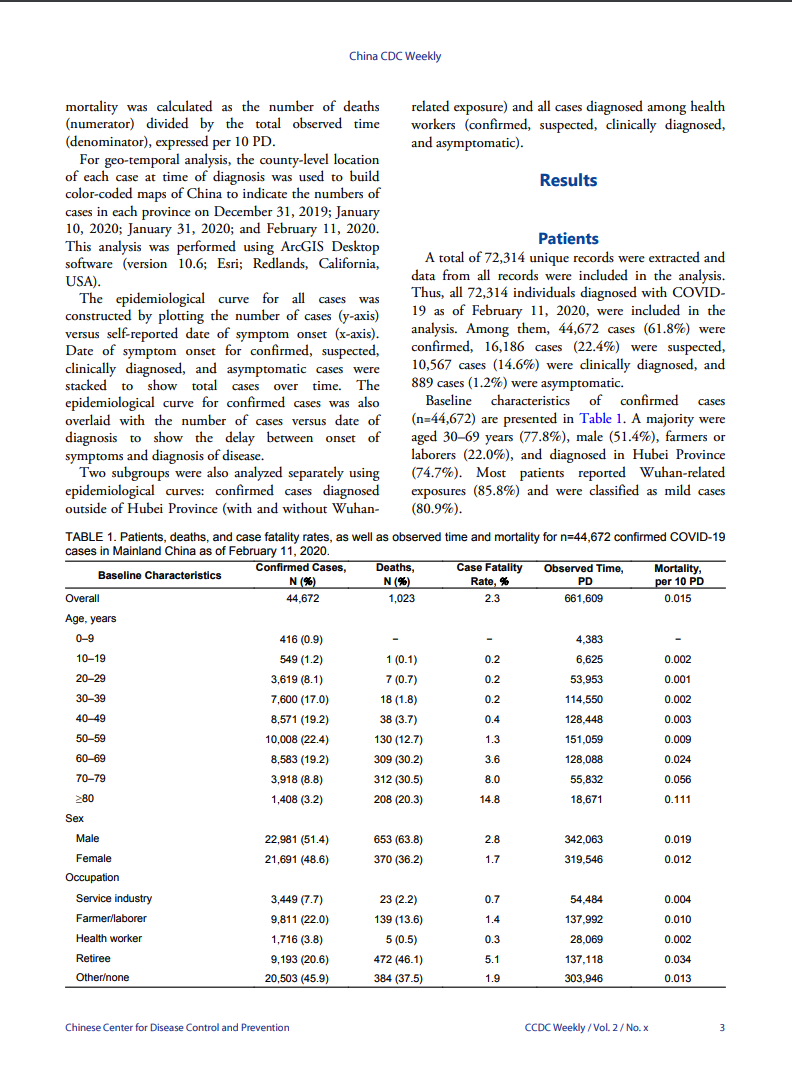 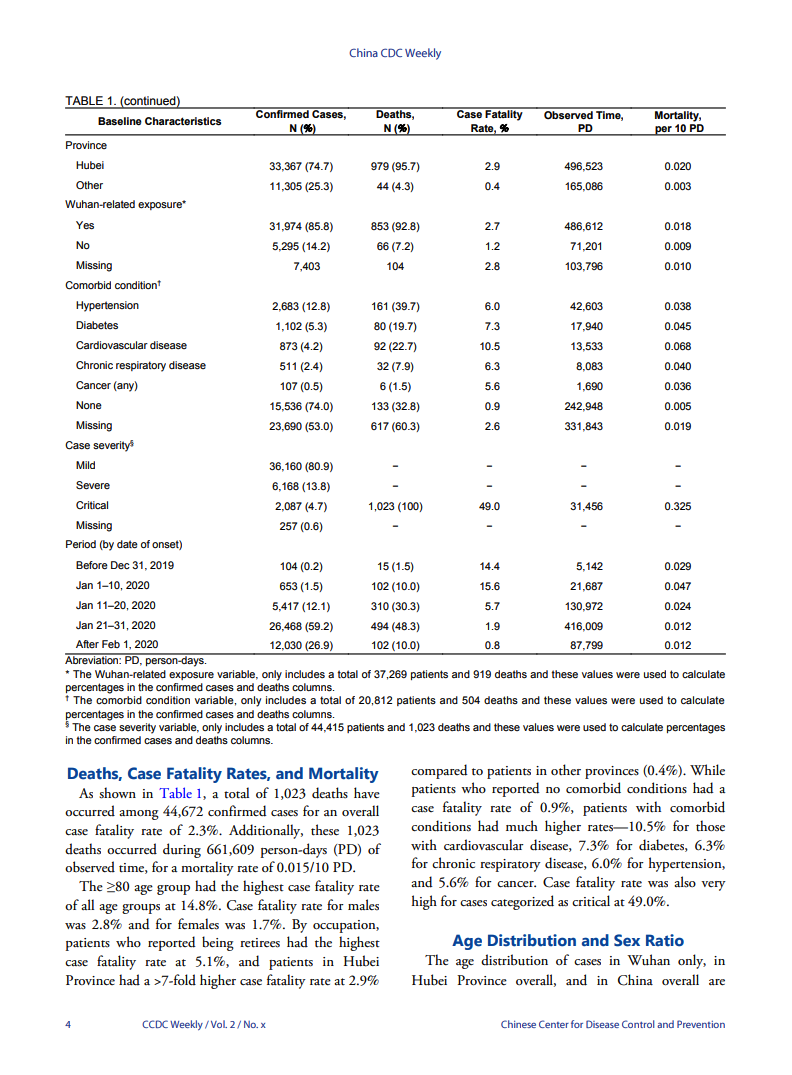 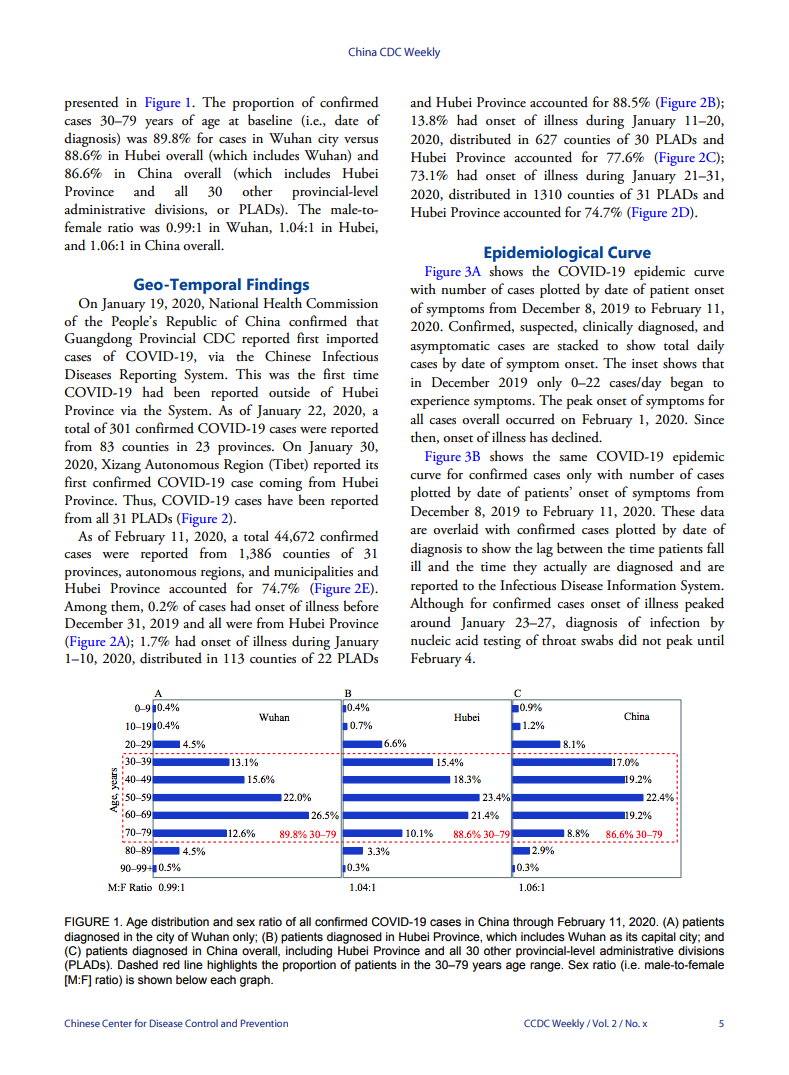 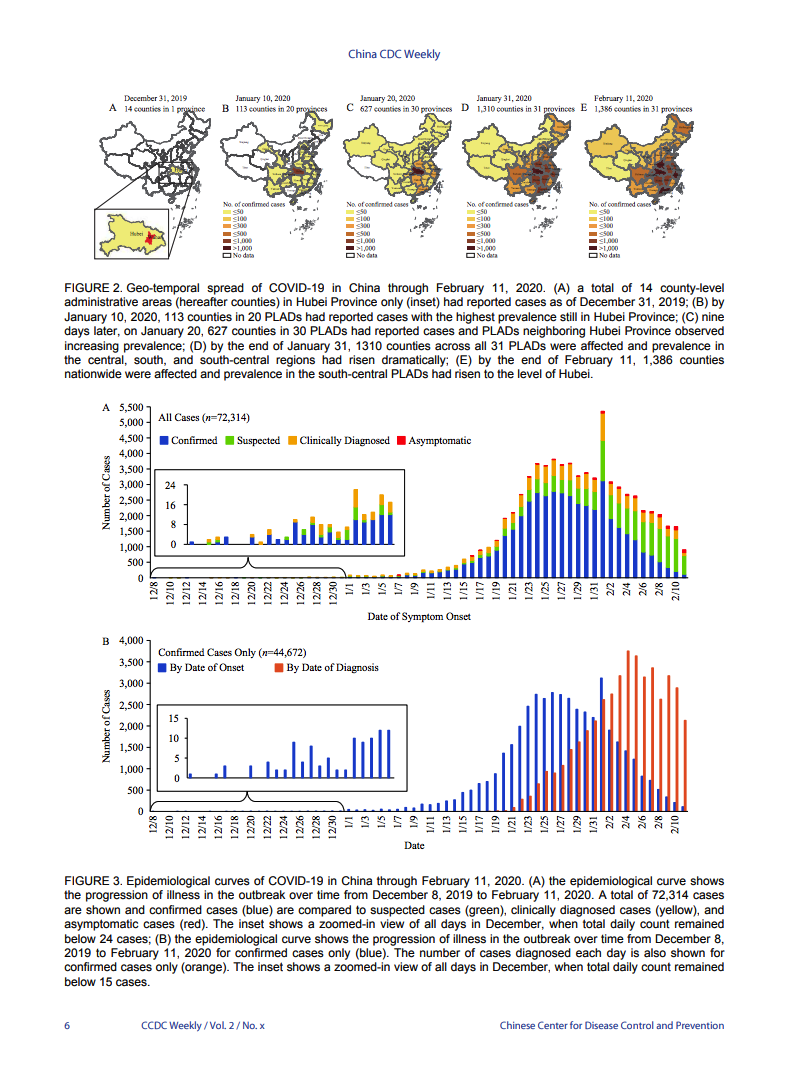