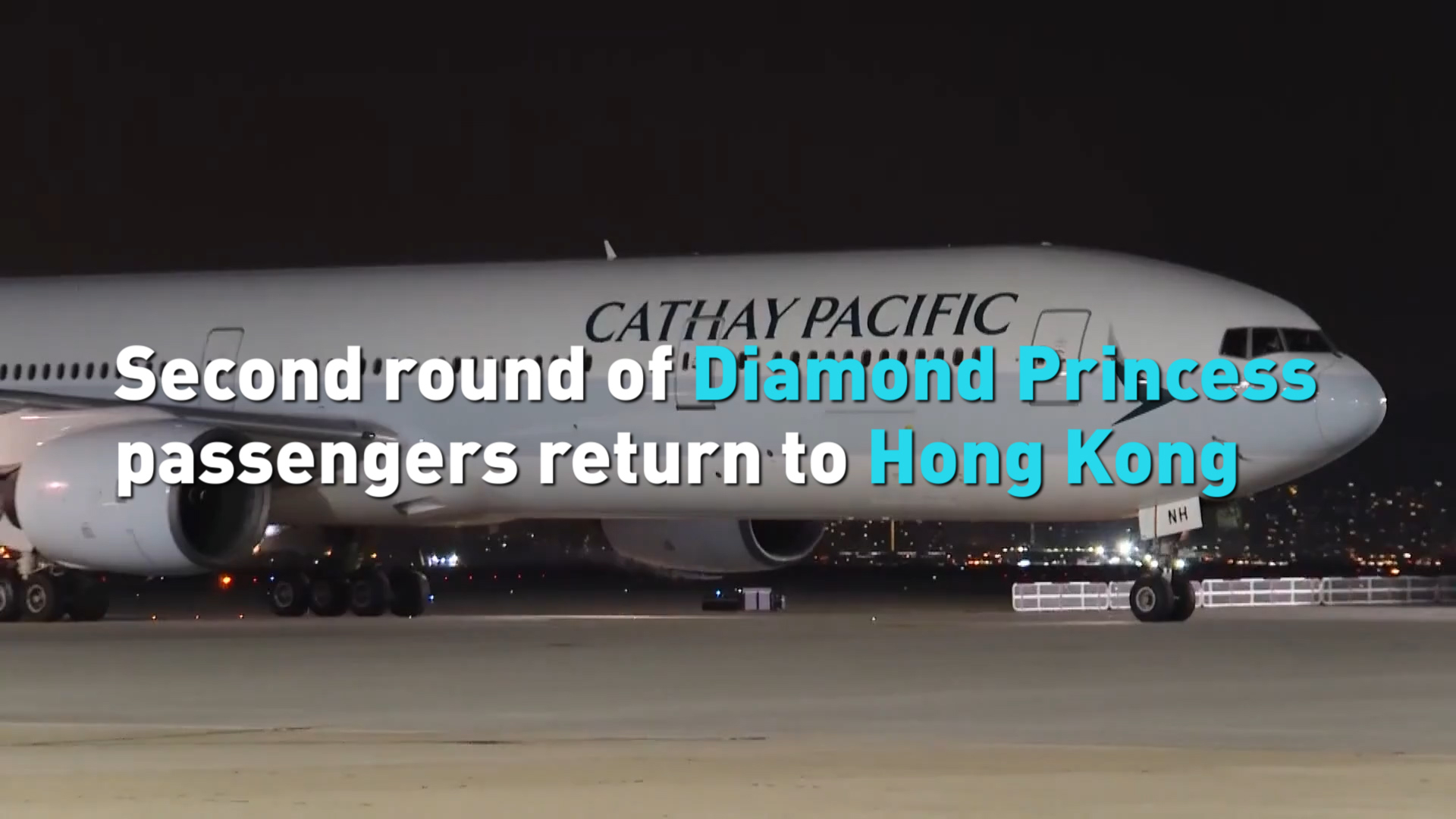 Eighty-four passengers from the Diamond Princess Cruise ship, which was quarantined for two weeks at sea over COVID-19, returned to Hong Kong from Japan on a second evacuation flight.

According to Director of Immigration Erick Tsang Kwok-wai, Japanese authorities halted the evacuation Friday afternoon because it mistakenly believed some passengers initially given the clear to leave could have come into close contact with the infected.

Two Hong Kongers were confirmed to be infected and sent to hotel for quarantine.

18 Hong Kongers were asked to report to health department officers on their return, after which, they will be sent to quarantine.

So far, 190 people have been evacuated from the ship in Japan back to Hong Kong.