Reporter to Trump: What do you say to Americans who are scared?
CGTN 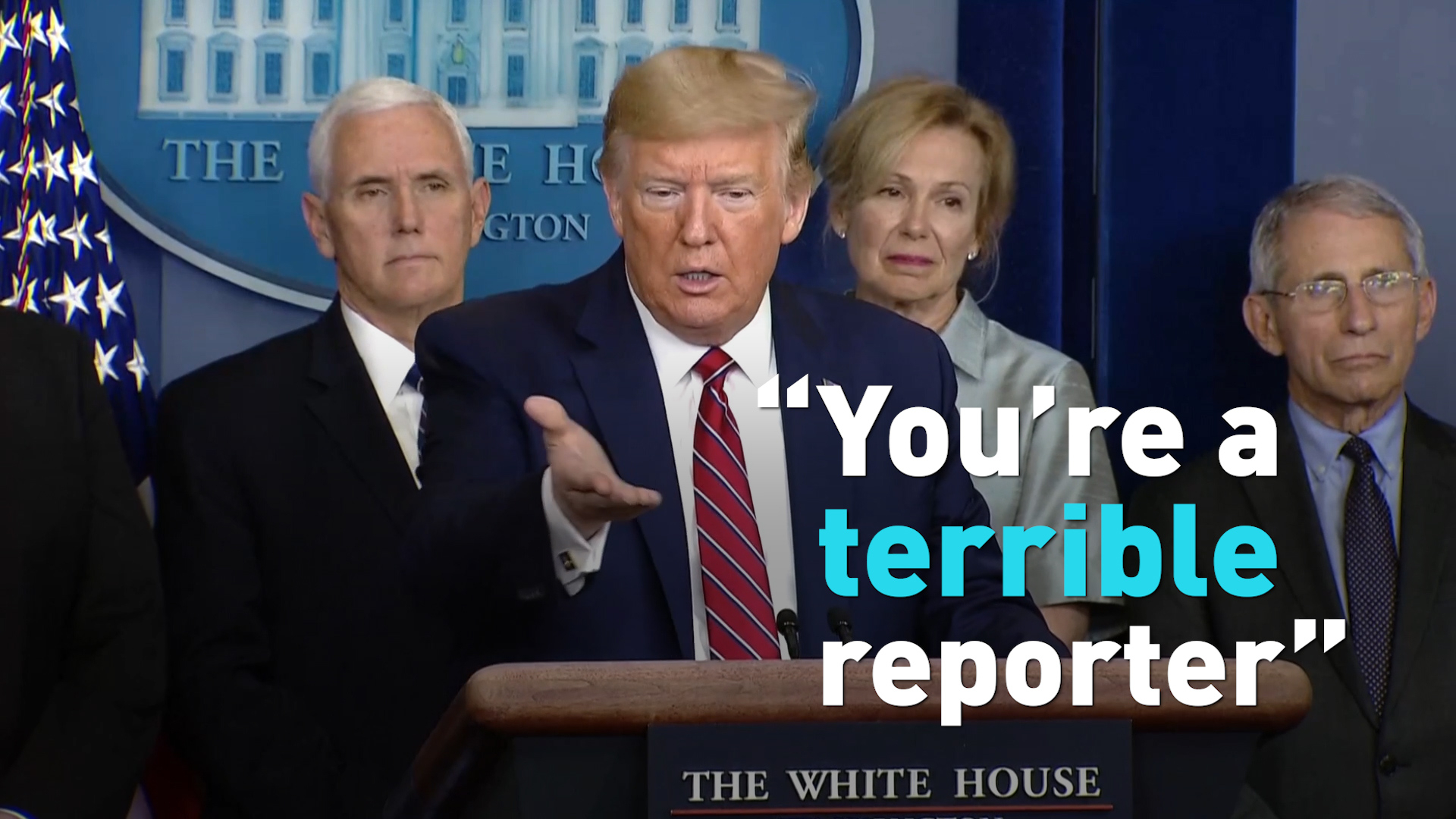 Here's how it transpired.

NBC News' Peter Alexander, asked Trump, "What do you say to Americans who are watching you right now, who are scared?"

And the president responded with, "I say that you're a terrible reporter, that's what I say."

Trump continued with, "I think that's a very nasty question and I think it's a very bad signal that you're putting out to the American people."

Later the president was asked if he felt his comments to the NBC reporter were inappropriate.

"I've dealt with Peter a long time, and I think Peter is not a good journalist when it comes to fairness," Trump said.

"Peter Alexander is an outstanding reporter. His line of questioning at today's White House briefing was fair, straightforward, and necessary," he said in a statement Friday.

Alexander also said his question was intended to give the president an opportunity to reassure the American people.

"I was trying to provide the president an opportunity to reassure the millions of Americans, members of my own family and my neighbors and my community and plenty of people sitting at home right now. This was his opportunity to do that, to provide a sort of positive or uplifting message," Alexander said.