In the state of Nevada, this is how the city of Las Vegas is dealing with its homeless population amid the COVID-19 pandemic. The city set up a temporary shelter in a parking lot, spacing people six feet apart after Las Vegas' Catholic Charities homeless center was forced to close last week after someone tested positive for the virus.

But some have criticized the city's plan. 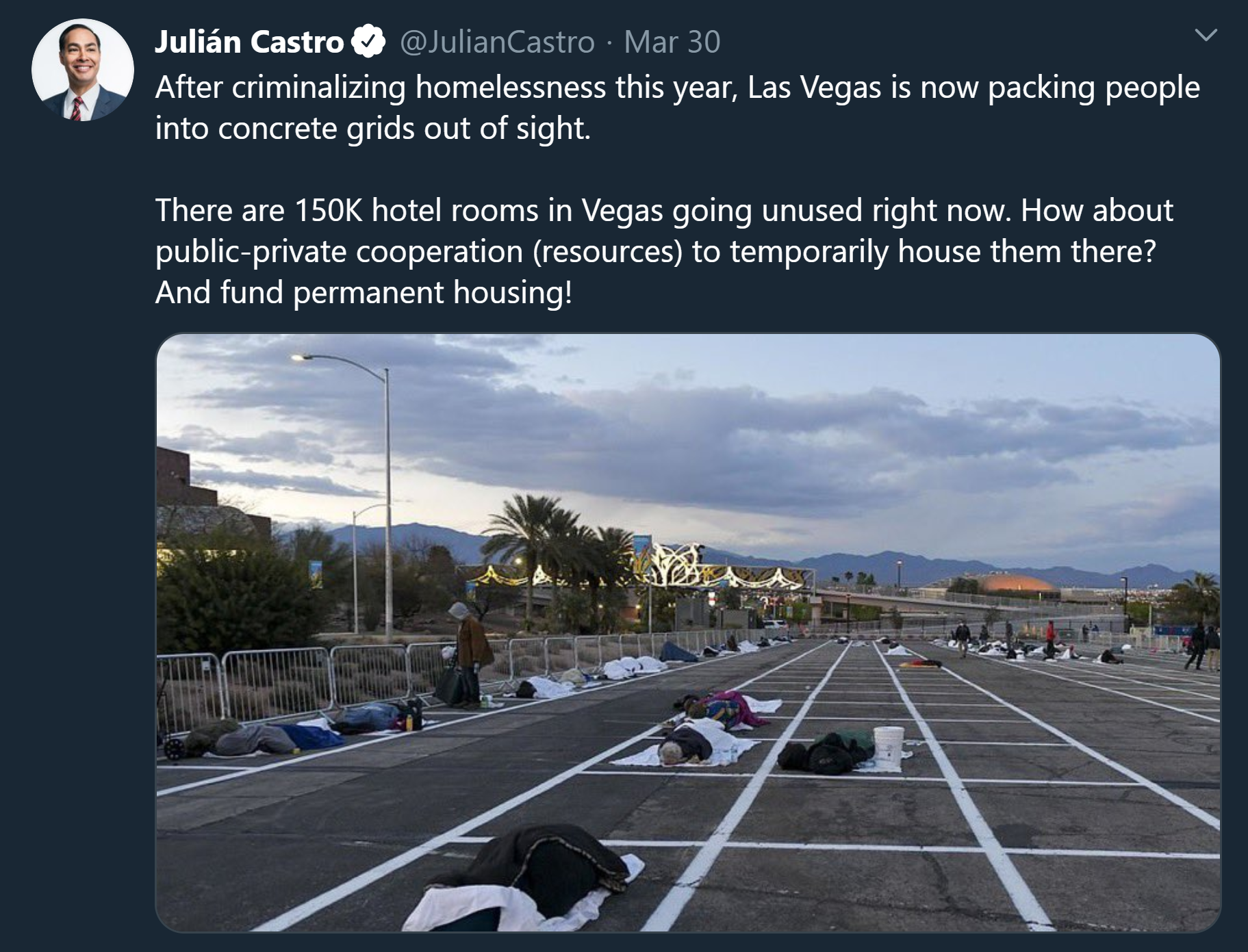 Homeless populations are particularly vulnerable to coronavirus, as many have a wide range of underlying medical conditions. Other cities around the globe are supporting their homeless populations in different ways. In Toronto, Canada, the city already acquired two hotels and is working on five more to provide shelter to those in need. California has allocated $50 million to lease or purchase motels and hotels across the state. The governor announced a goal of making 51,000 rooms available. City recreation centers in California are also being converted into emergency shelters.

France is opening self-isolation centers for homeless people who test positive but don't need hospitalization. In London, mayor Sadiq Khan made 300 hotel rooms available to the needy for self-isolation. Elsewhere in the U.K., the government is looking to convert empty hotels and offices as homeless shelters. And in Seattle, Washington, the city is making tiny home villages available to their homeless.

How is your city helping its homeless population?