76 days in Wuhan, from lockdown to reopening
Zhao Yunfei 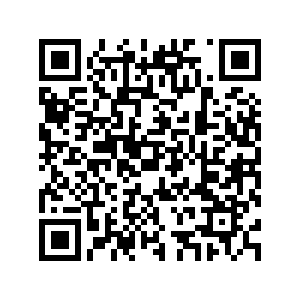 A war without gunfire, the enemy, COVID-19.

To contain the virus, Wuhan, the metropolis in central China grinded to a halt.

On January 23rd, its metro stations were shut down, inner-city public transport suspended, and highways closed.

It came a day ahead of the Chinese Lunar New Year, dashing hopes of family reunions.

"I can understand what’s it like for people that have been working away from home for a year. Everyone looks forward to being together with their family. But in this situation, there’s nothing we can do," one Wuhan resident said when the city closed.

Despite the initial shortage of medical workers and supplies, doctors and nurses risked their lives by doing whatever they could in the frontline battle against the coronavirus.

“We need more experienced doctors. Most doctors have come to help from other departments, but they have never worked at ICU. So it takes time to train them," said Hu Ming, the ICU Director of the Wuhan Pulmonary Hospital during the height of the epidemic.

Doctors and nurses fought courageously, their fearlessness inspiring and instilling confidence in their patients.

"I survived from the threat of death. The doctors gave me life. I feel very emotional.Being able to leave the hospital, I feel reborn," said Dai Zhongliang, a recovered patient.

But some didn’t win the battle.

Families that bore the loss of loved ones continue to grieve.

"Sometimes I feel this is so unreal. From when she died all the way to now I can't even get her remains. In my mind, she's still a very vibrant person," said Liu Zeqiong, who lost her mother to the coronavirus.

As people chose to stay home to reduce the spread of the epidemic, mental health counselors stood by to help those suffering from stress and anxiety.

"It’s a difficult time. I understand you as a father, your wife, and daughter are in a state of torment. But I assure you that we are all facing challenges in this difficult time," said Zhang Jiaxiu, a hotline counselor at the Wuhan Mental Health Center on a call to a resident.

Everyone helped out in any way they could to support the virus prevention and control efforts during the epidemic.

"We are making an incredible sacrifice in Wuhan. If you look at the city, it just looks like a bunch of grey boxes that are made out of concrete, but what’s really going on is the personal ties between people," said Wuhan resident Steve McClure.

On March 28, after more than 60 days of lockdown, Wuhan railway stations welcomed its first batch of passengers.

“When I came back and saw my colleagues, I knew that everything was back to normal. I felt so relieved," said Peng Kun, an automobile factory worker.

As the COVID-19 threat receded, the city gradually lifted its quarantine measures, and residents are finally able to breathe a sigh of relief.

More than two months has passed, and Wuhan is slowly returning to being the vibrant metropolis that it used to be.

Some people say this is a city of heroes, where its people did not flinch from challenges and fought them head-on.

It is also a city with everyone pulling together and overcoming one of its most difficult, even darkest, moments.