These charts show the racial disparity in the COVID-19 pandemic in U.S
CGTN The coronavirus pandemic has shed greater light on the economic and health disparities among racial and ethnic groups in the United States.

The Centers for Disease Control has not released complete data on race and COVID-19, but in an initial study they found evidence that black patients were hospitalized at a higher rate than white and Hispanic patients "suggesting that black populations might be disproportionately affected by COVID-19."

CGTN America surveyed three cities and four state that have released some information about race and ethnicity in their coronavirus cases. Take a look at the data below.

(Note that in many cases there are a large percentage of patients where race is unknown.) 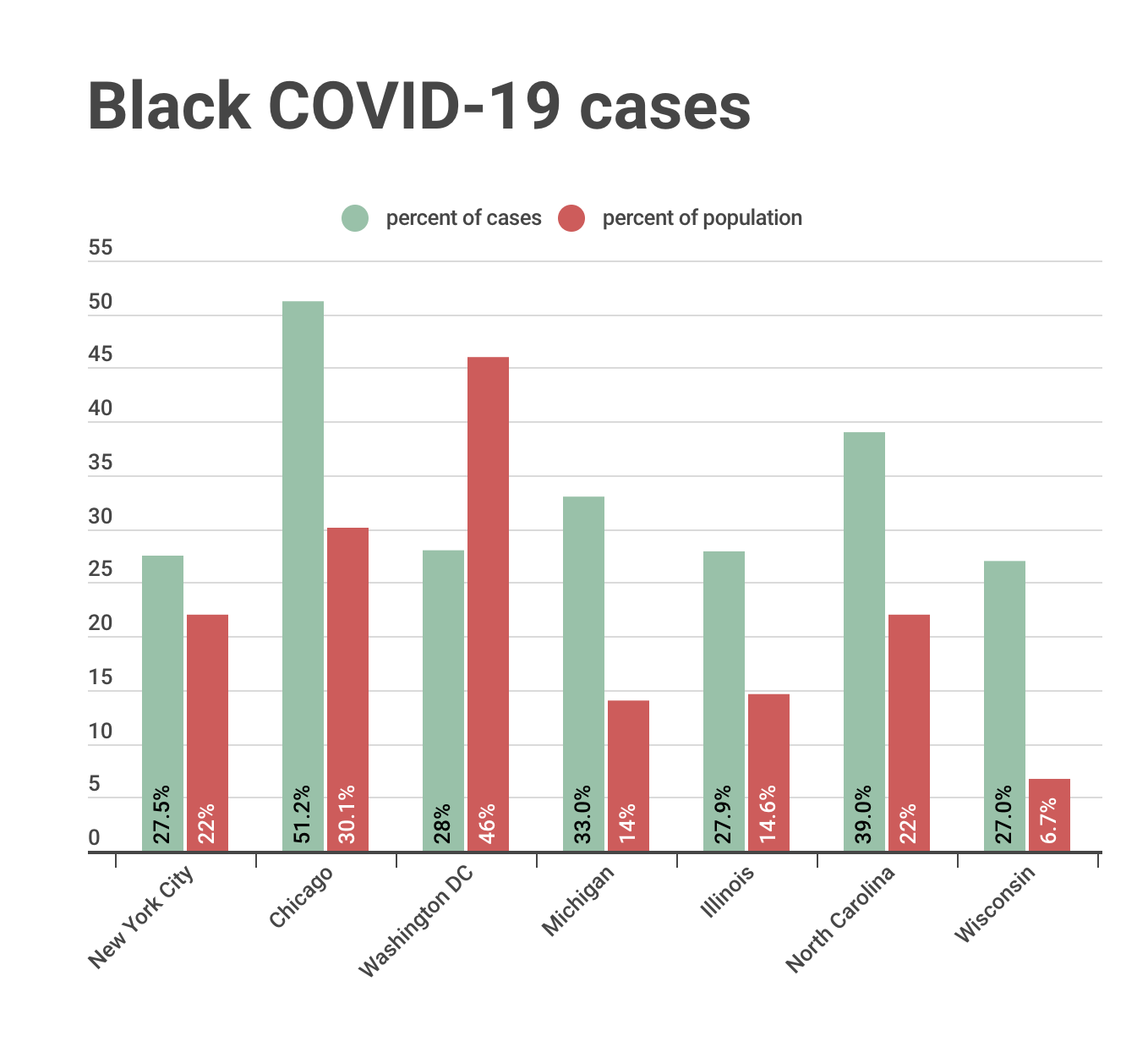 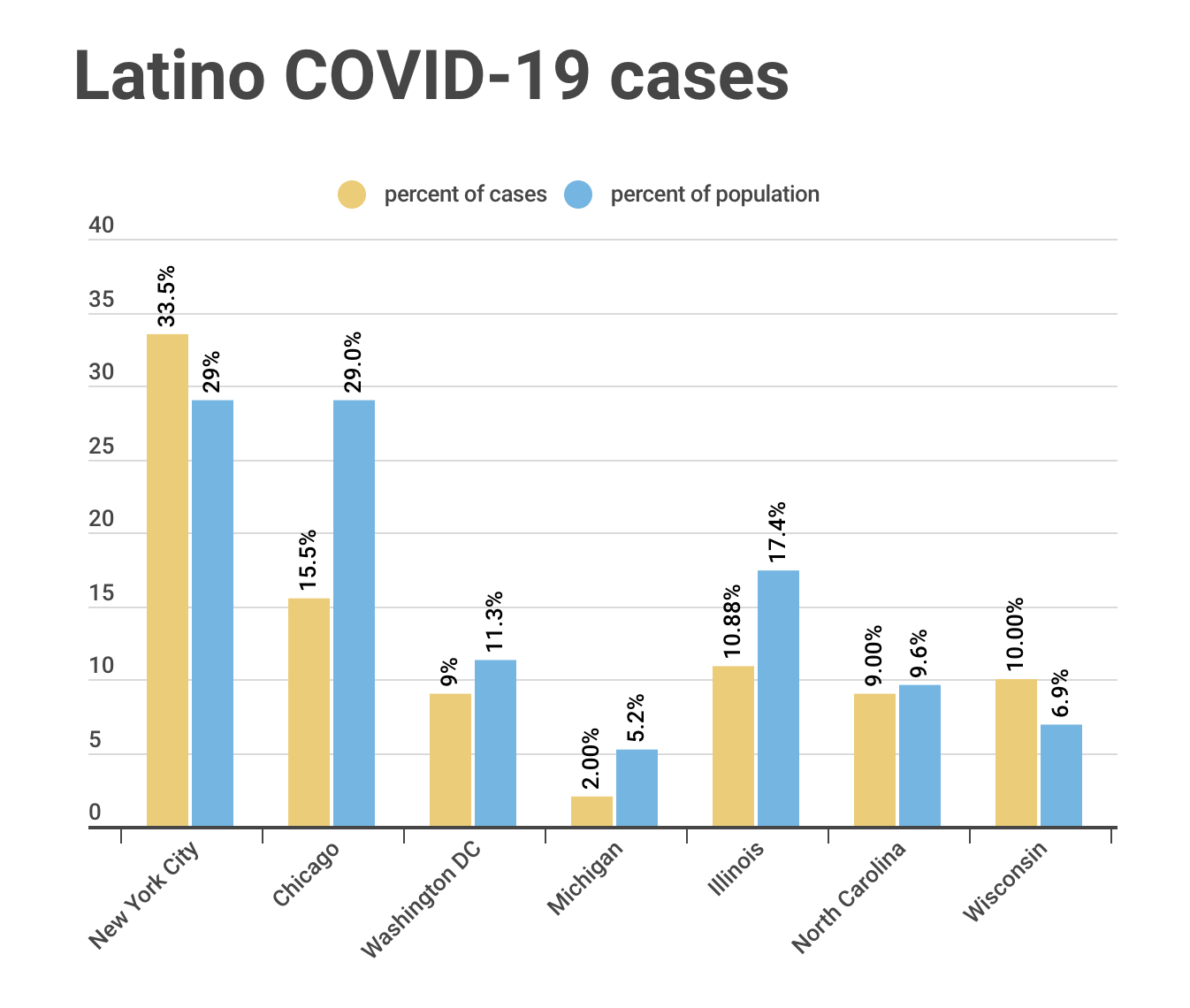 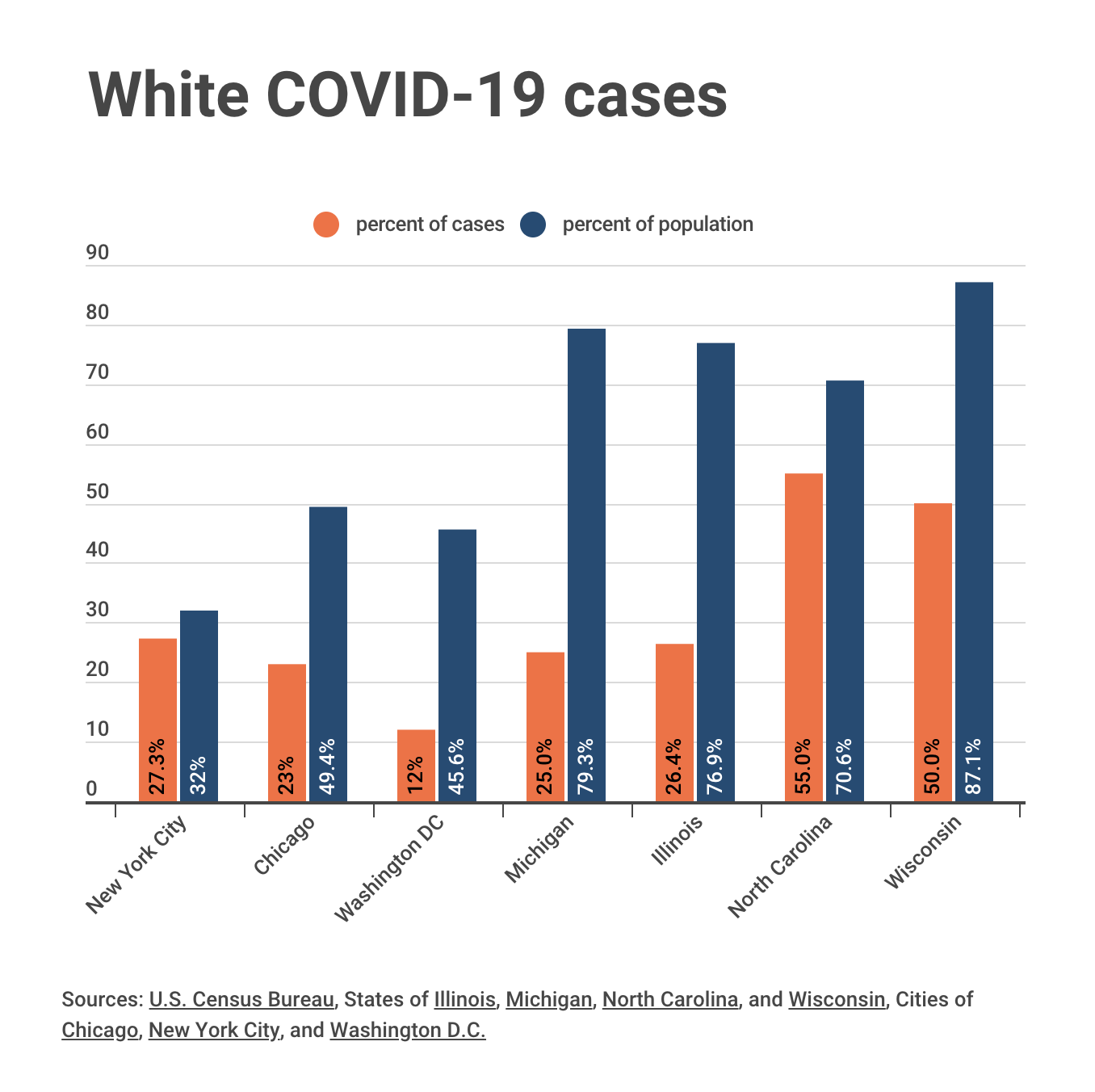 In many cases, minorities and people from lower socioeconomic backgrounds work in services that are considered essential by many communities and are unable to work from home. Poverty in the United States still disproportionately affects people of color, according to data from the Kaiser Family Foundation. While the total U.S. poverty rate is 13%, American Indians have the highest level at 24%, followed by blacks at 22%, Hispanics at 19%, and Asians at 11%. The poverty rate for whites was 9%. 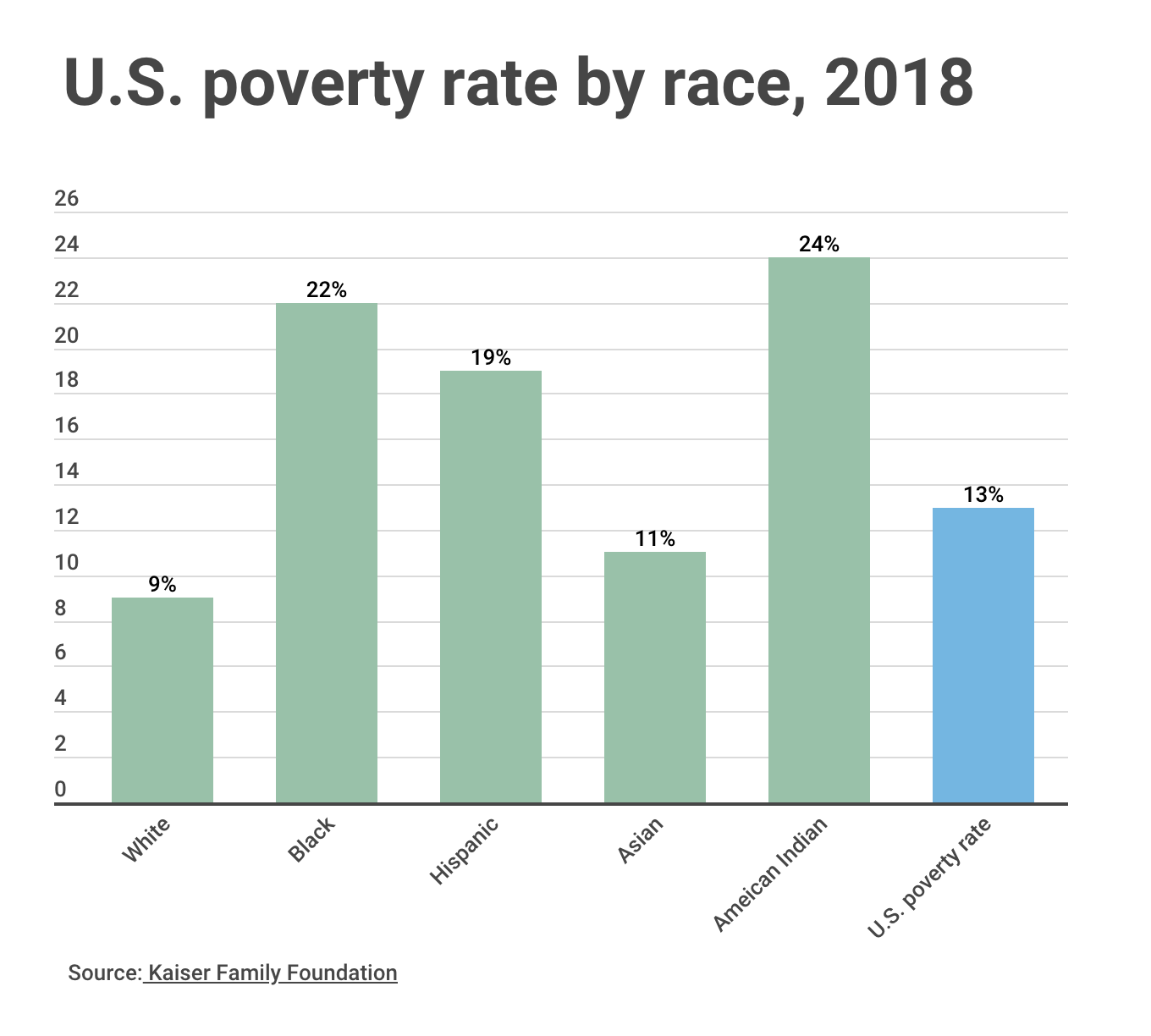 The economic toll of the coronavirus in the developing world has been significant. These countries are likely to face an additional hit from the loss of remittances, or money sent from relatives living in other nations.

People living in the U.S. sent $68.4 billion to people in other countries in 2018, according to the World Bank.

Take a look at the top nations that receive funding from U.S. residents, many of whom work in service jobs that have been significantly impacted by the pandemic. 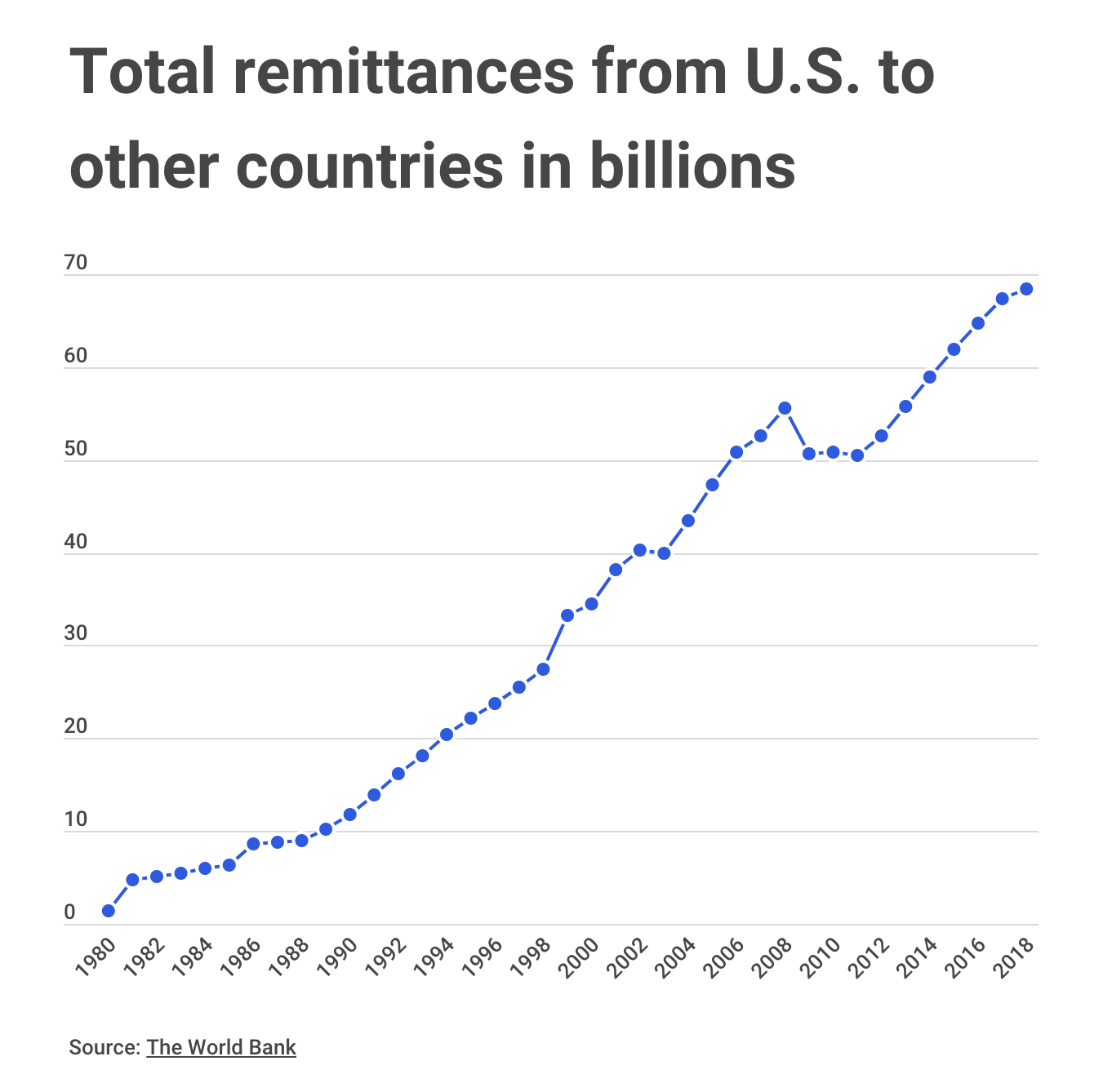 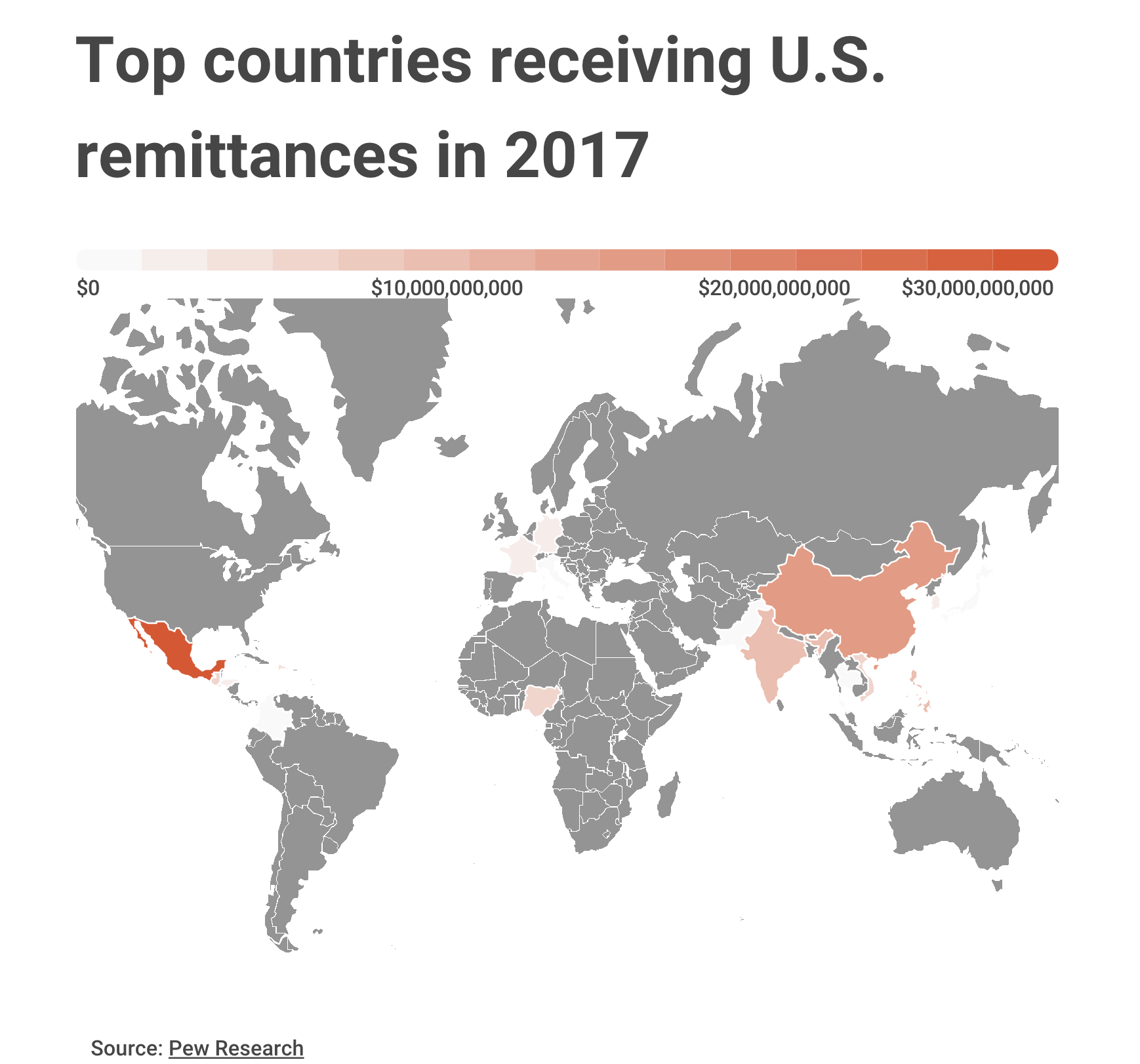 The NGO Oxfam estimates that the pandemic could push more than 500 billion people into poverty.

Between 6-8% of the world's population could face poverty as governments shut down entire economies, Oxfam said.

"This could set back the fight against poverty by a decade, and as much as 30 years in some regions such as sub-Saharan Africa, the Middle East and North Africa," Oxfam said.

"This could mean that more than half of the global population could be living in poverty in the aftermath of this pandemic." 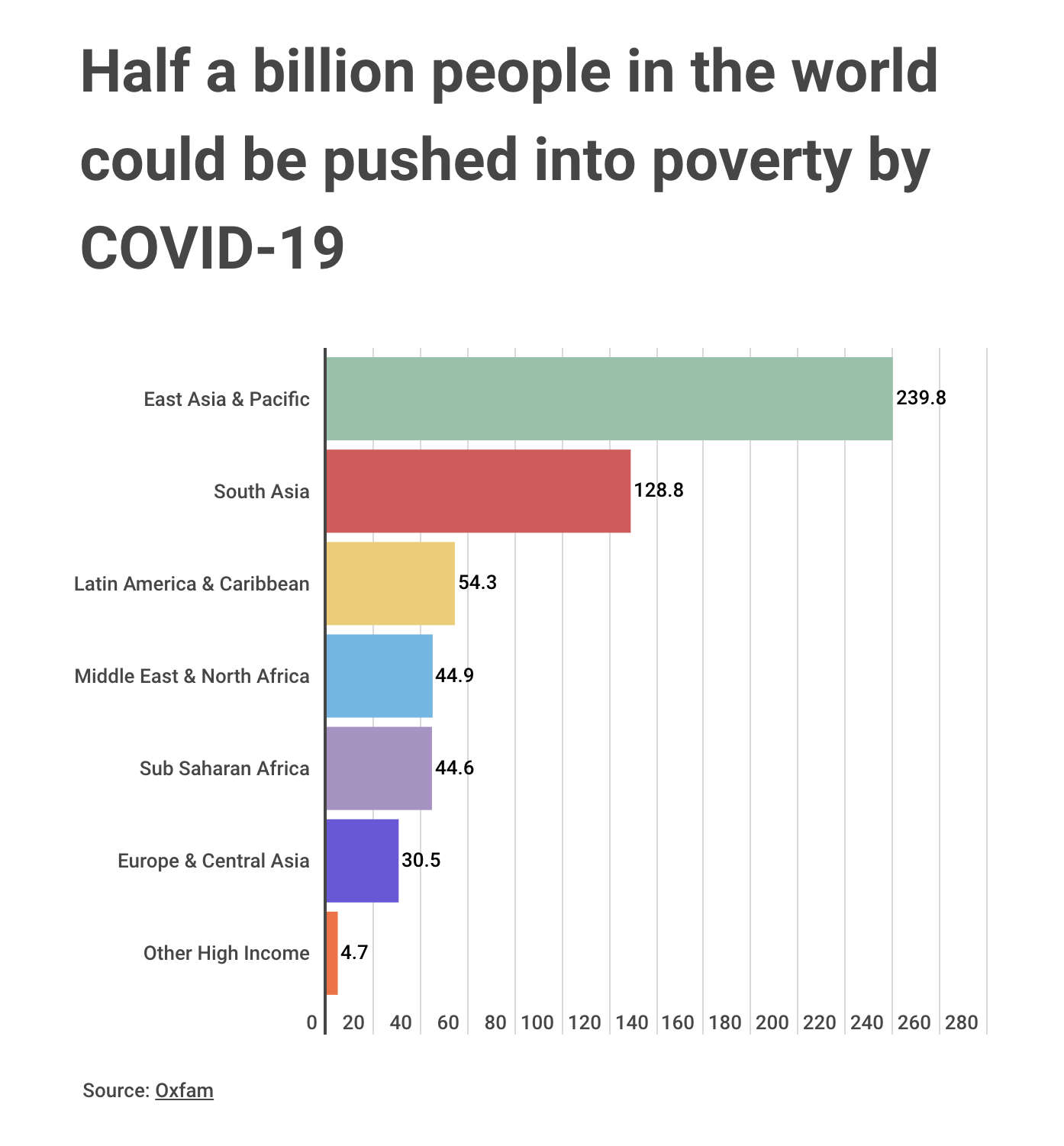 LISTEN TO OUR PODCAST ON RACE AND COVID-19