Trump to halt WHO funding over its 'mismanaging' of coronavirus
CGTN 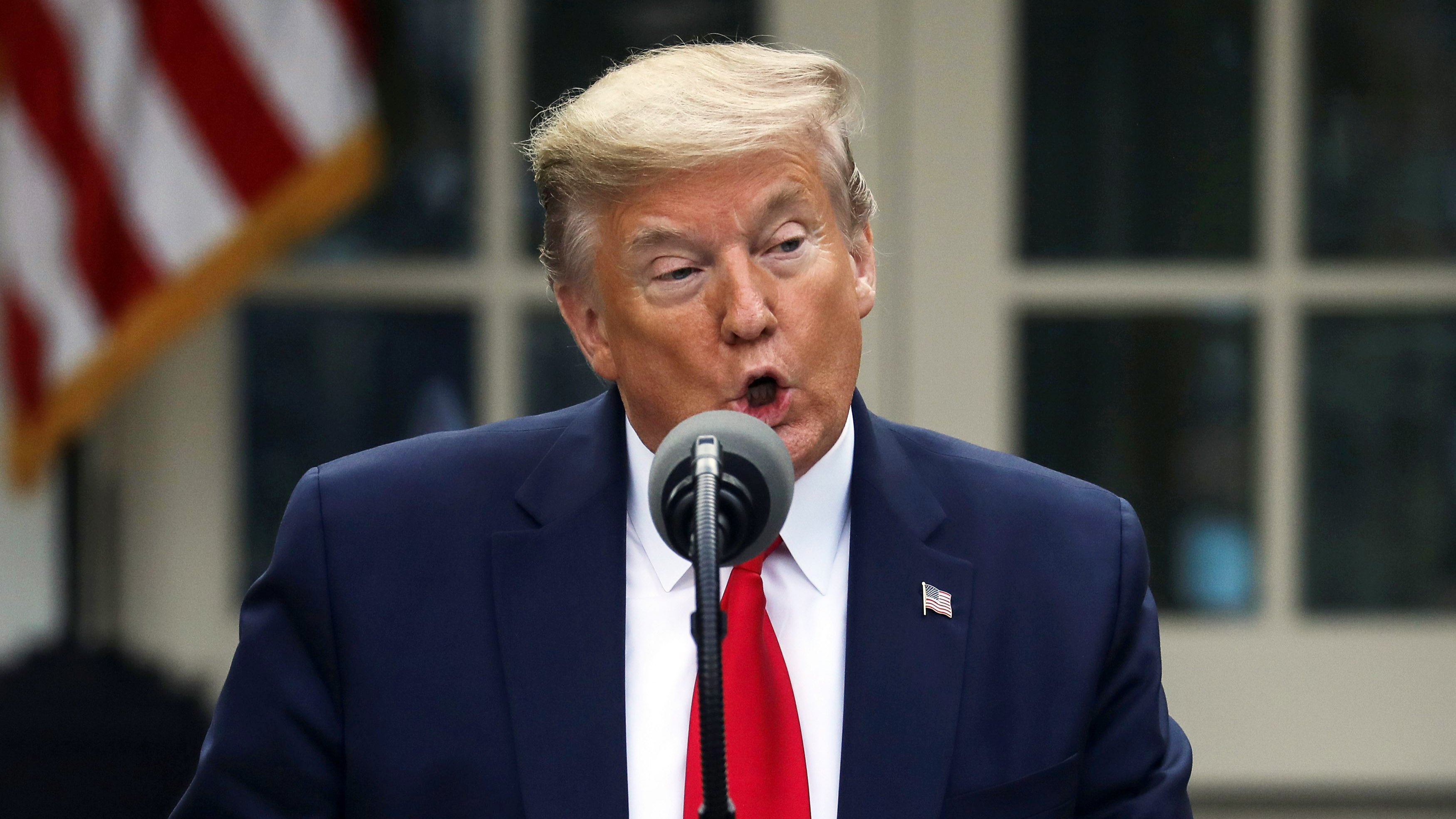 U.S. President Donald Trump has instructed his administration to halt funding to the World Health Organization (WHO) over its handling of the coronavirus pandemic while a review of its response to the global crisis is undertaken.

Trump, at a White House news conference on Tuesday, said the WHO had "failed in its basic duty and it must be held accountable."

Calling the UN body "China-centric," Trump said the WHO had promoted China's "disinformation" about the virus and claimed that likely led to a wider outbreak than otherwise would have occurred.

He also accused the WHO of "severely mismanaging and covering up" the crisis, saying the U.S. "has a duty to insist on full accountability."

The WHO had used "America's generosity," Trump argued, adding that his government will conduct a "very thorough investigation" over the next 60-90 days and review any mistakes the organization has made.

But the president, who has quit the U.N. Human Rights Council, the U.N. cultural agency UNESCO and a global accord to tackle climate change, said the U.S. would continue to engage with the organization.

The WHO, which rejected the "China-centric" charge, has been appealing for more than one billion U.S. dollars to fund operations against the pandemic as it leads the global response against the disease. 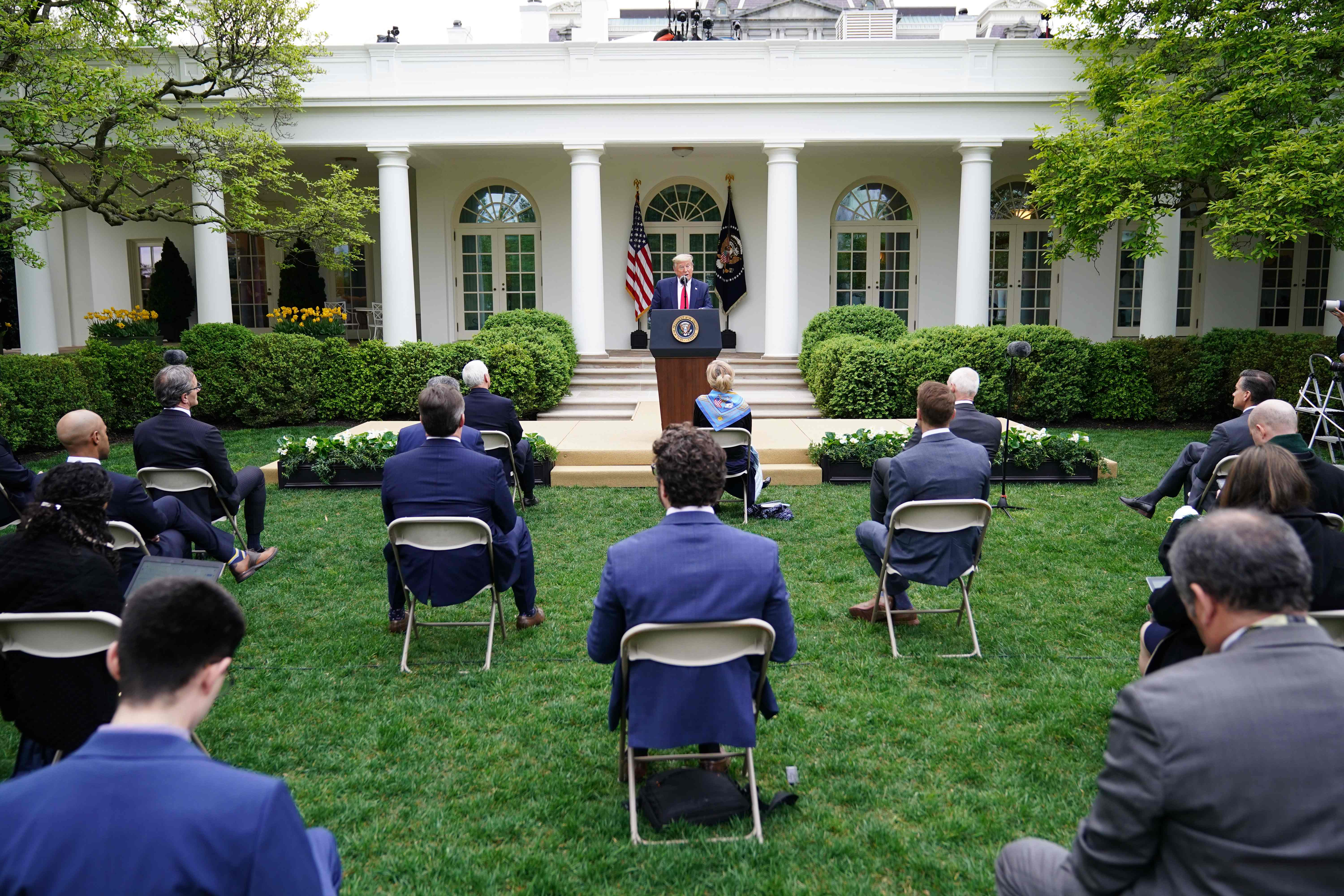 U.S. President Donald Trump speaks during the daily briefing on the novel coronavirus in the Rose Garden of the White House in Washington, D.C., April 14, 2020. /AFP

U.S. President Donald Trump speaks during the daily briefing on the novel coronavirus in the Rose Garden of the White House in Washington, D.C., April 14, 2020. /AFP

The U.S. president has been increasingly critical of the WHO as questions over his administration's response mount.

The U.S. death toll from COVID-19 topped 25,575 on Tuesday, out of more than 602,989 known infections, according to the Center for Systems Science and Engineering (CSSE) at Johns Hopkins University.

According to the tally, the hardest-hit state, New York, saw 202,630 cases and a death toll of 10,834. New Jersey followed with 68,824 cases and 2,805 deaths. Other states with over 20,000 cases include Massachusetts, Michigan, Pennsylvania, California, Illinois and Louisiana.

Millions of Americans have lost their jobs, and the U.S. economy has been crippled as citizens have stayed home and businesses been ordered to close, casting a shadow over Trump's hopes of being re-elected in November.

Trump also announced that some states could lift coronavirus shutdowns "very soon," and he will later share details of a reopening plan.

Facing a tough reelection in November, Trump is eager to get the world's biggest economy back on its feet as quickly as possible.

Andrew Cuomo and the rise of the governors

Doctors at the top: Truth-tellers and heartthrobs

But a threat on Monday to invoke his "total" power to force state governors to follow his directives on reopening prompted an outcry. 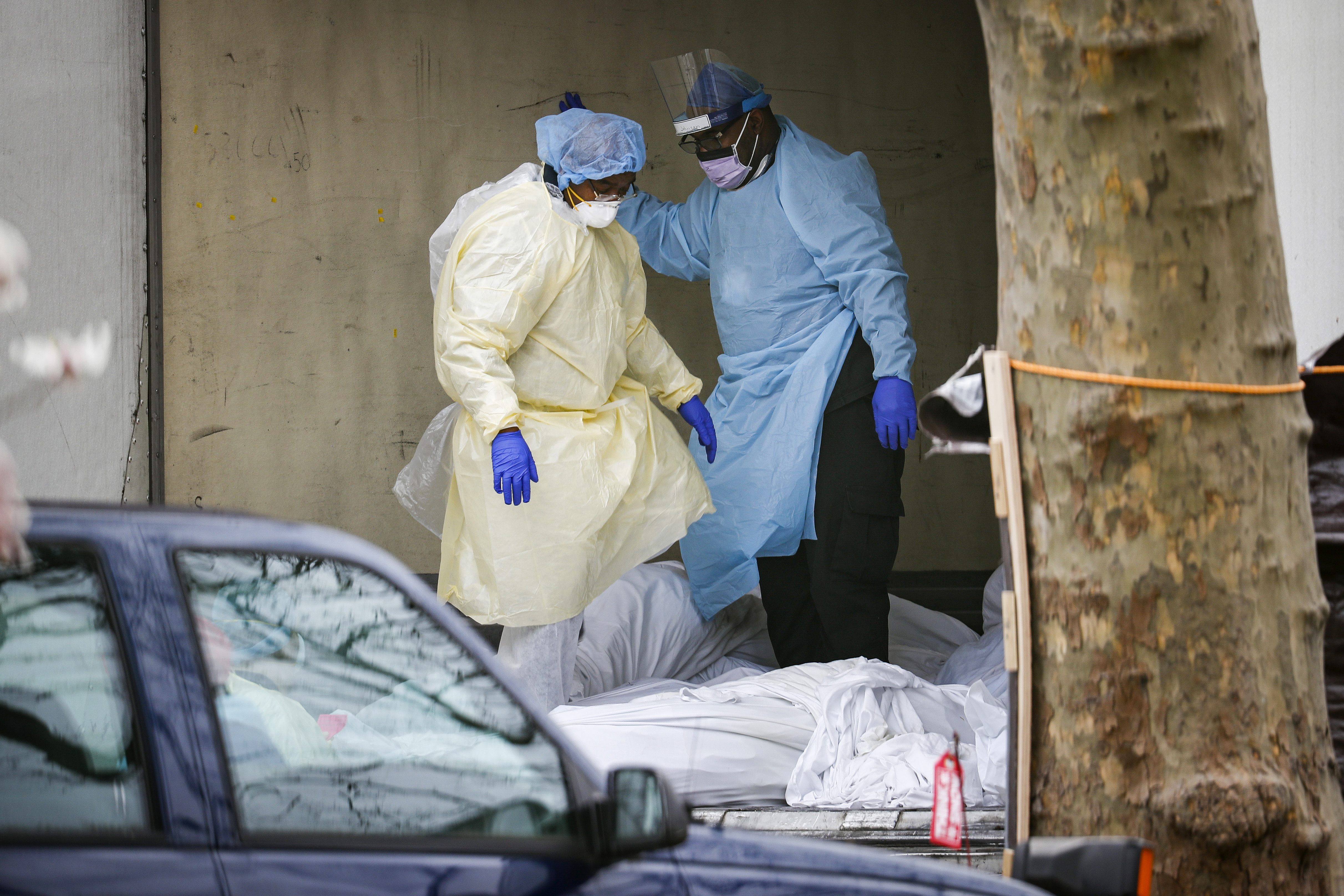 Trump responded on Twitter by likening skeptical governors to rebellious sailors in the movie "Mutiny on the Bounty."

But at Tuesday's briefing he clarified that he will not be "authorizing" each governor to reopen their state, saying it isn't his call and the power is already theirs.

He also said he will not pressure any governor to open but indicated that numerous states with less dense populations could open "very, very soon, sooner than the end of the month ... We'll open it up in beautiful little pieces."

The president was expected to unveil a new task force on Tuesday for managing the national reopening. But it did not happen. Instead, Trump said he would be talking to large groups of business leaders, Congress members and all 50 governors in conference calls this week.

Asked about testing capacity, Trump sidestepped, saying, "It's up to the governors to do tests not to the federal government ... The individual governors have testing ... If they're not satisfied with their testing, they shouldn't open."

In an interview with the Associated Press, Fauci echoed many governors in saying that health officials must first be able to test for the virus quickly, isolate new cases and track down new infections before social-distancing restrictions can be eased safely.

(Cover: U.S. President Donald Trump speaks during the daily briefing on the novel coronavirus in the Rose Garden of the White House in Washington, D.C., April 14, 2020. /AFP)