What's cheaper and more expensive during the coronavirus pandemic
CGTN 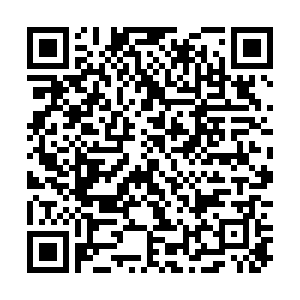 The coronavirus pandemic has created significant fluctuations in the prices of food in the United States and around the world, take a look at some of the products that are now cheaper and more expensive.

Prices for asparagus have fallen sharply because main world exporter Mexico has had less demand from Asia, so it's sending more asparagus north to the U.S. In response U.S. farmers will likely plant fewer asparagus crops. As more people stay at home, eggs are in high demand, and prices have gone up. Wholesale prices have more than tripled since ether beginning of March, the Wall Street Journal reported. Groceries usually stock up on chicken wings during the NCAA basketball tournament, since those games are canceled - as are many restaurants -- there's a lot more supply on the market. Less demand from restaurants could also mean cheaper prices for other meats like ground beef and ham. Dairy farmers in the U.S. rely on restaurants for 40% of their demand, but since many eateries are closed, farms have had to resort to dumping milk into the ground due to oversupply. 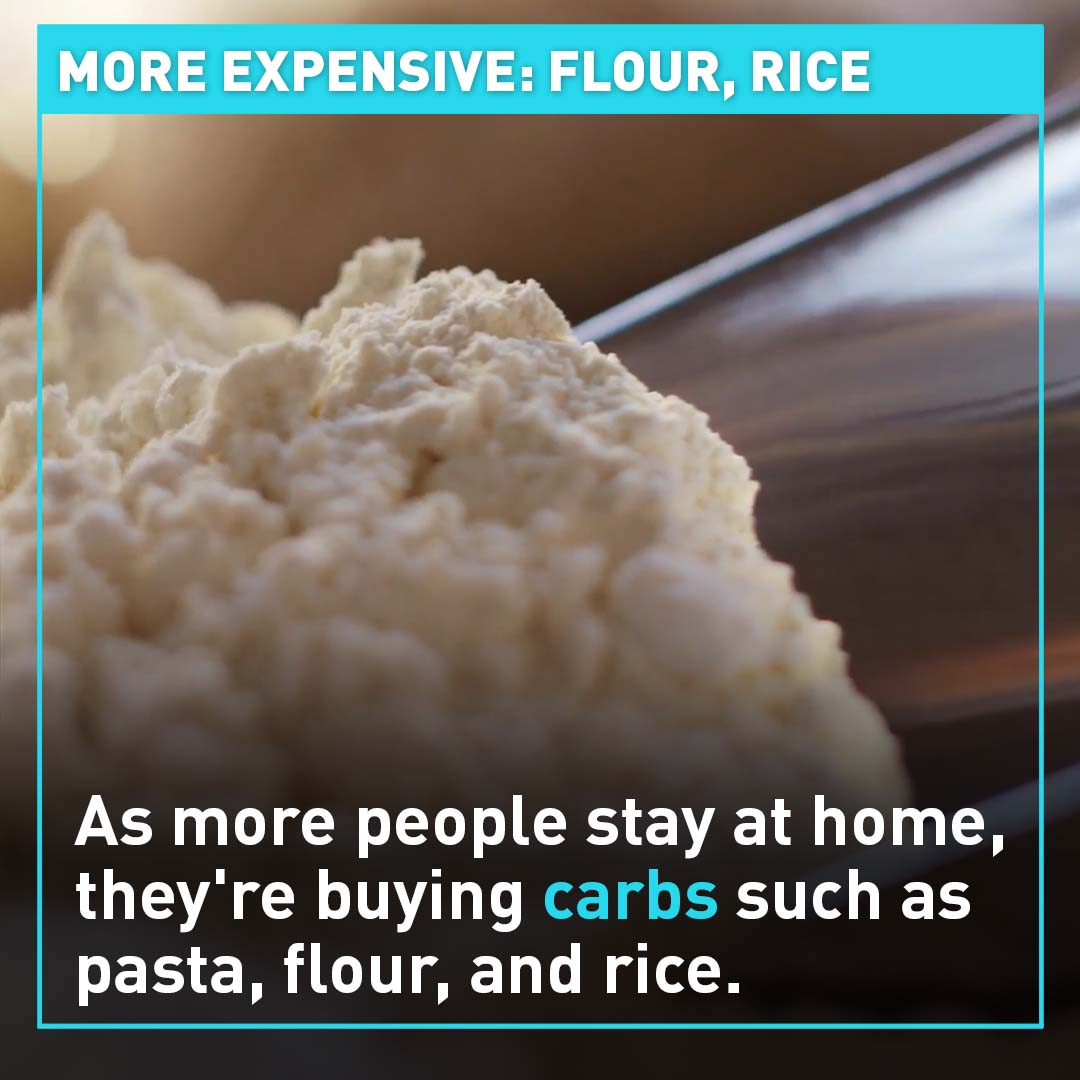 As more people stay at home, they're buying carbs such as pasta, flour, and rice.

U.S. almond growers are harvesting more than ever now and usually they send 100 million pounds of almonds to China each year. But now there's significantly less demand due to closed ports, so they're selling more within the United States. More supply means cheaper prices. 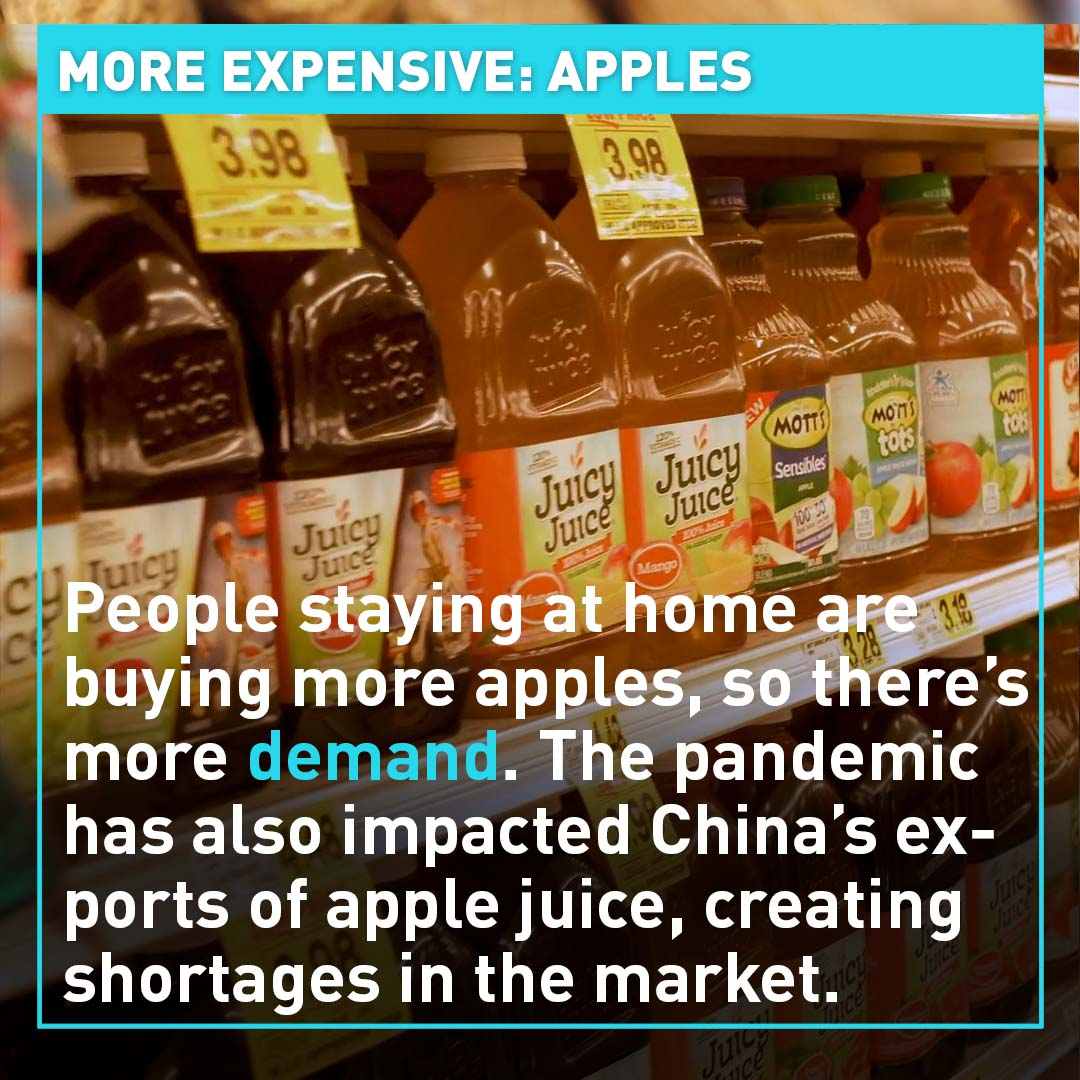 People staying at home are also buying more apples, creating a larger demand. Overseas suppliers such as China, the largest exporter of apple juice in the world, have also been impacted by the pandemic creating shortages in the market.