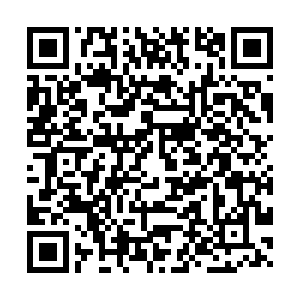 The Chinese ambassador to the U.S. on Tuesday called for a "serious rethinking" of the very foundation of the China-U.S. relations as the world needs to work together to tackle the challenges in the coronavirus pandemic.

"I should be hoping for more than just a pause in tension but really a serious rethinking of the very foundation of these important relations," Cui Tiankai said in response to a question whether the two countries should seek a "technical pause" on rivalry during a Bloomberg New Economy webcast.

"This virus has had a huge impact on China, the United States and other countries in the world, and we should seriously think what the threat really is to China-U.S. relations and to the world? What are human society's strengths and shared vulnerabilities? What is our common interests?" Cui said. "So based on these thinking, how should we define the China-U.S. relations?"

"I hope both countries would learn from the pandemic and develop their bilateral ties based on a more realistic, forward-looking foundation," said the ambassador. 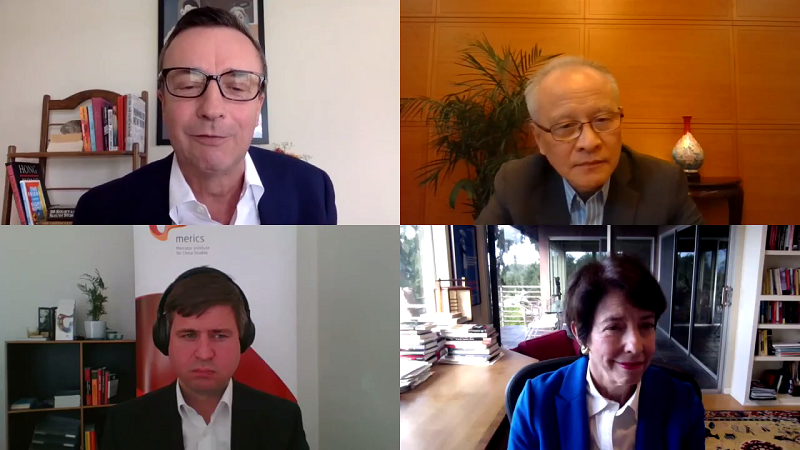 Photo from Chinese embassy to the United State

Photo from Chinese embassy to the United State

Cui also cautioned against what he called the "anything-but-China" mindset as China is doing its best to help other countries to fight the coronavirus.

As the COVID-19 began to spread outside China, China extended a helping hand, but its kindness was described as geopolitically-motivated, Cui said.

When China adopted new measures for quality control to make sure donated equipment met international standards, some again accused China of blocking exports of medical supplies, he continued, adding that behind the narrative trap is what he calls the "anything-but-China" or the "ABC" mindset.

"Some politicians are so preoccupied in their efforts for stigmatization, for groundless accusations," Cui said, urging the public to pay more attention to the views of scientists instead of politicians.

Over the last few months, Chinese President Xi Jinping has spoken over the phone with U.S. President Donald Trump in part to discuss the virus and other bilateral issues, the Chinese diplomat said. "The conversation has always been positive and instructive."

President Trump initially praised China's response to COVID-19 in a tweet on January 24, saying: "China has been working very hard to contain the Coronavirus. The United States greatly appreciates their efforts and transparency. It will all work out well. In particular, on behalf of the American People, I want to thank President Xi!"

But recently, the U.S. has accused China of being responsible for the COVID-19 pandemic and said Beijing should face the consequences.

The ambassador emphasized that China has shared everything learned from the COVID-19 with the world, including the United States.

And China is lending its support to many countries in need, including the United States.

"So far, China has supplied the United States with more than 1.4 billion facial masks. And then in addition to that, there is on going communication via video conferences between the two countries including doctors, medical professionals and public health workers. It is all open and transparent," Cui said.

"A few months ago, nobody knew much about this virus. So there was a process of discovery and learning, and we're still learning. But we're doing our best to be transparent. We are discovering. We are learning and at the same time sharing. The lack of transparency is not in terms of science or medical treatment, but in terms of some of the political developments, especially in the United States," he added.

"The purpose of keeping transparency is to let people know the facts and the truth based on science. But there is so little attention being paid to the views of scientists now. Some politicians are so preoccupied in stigmatization, making groundless accusations," said Cui.

"I think you would have to really make a distinction between some of the people who are politically motivated on the one hand, and the Chinese and American people on the other hand ... I think we have had a longstanding friendly relationship between the two peoples ... When China first confronted this COVID-19, there was a lot of support and understanding from the American people, American business and American institutions. So I think the two nations are still helping each other. I can see a deep-rooted, friendly sentiment between the two peoples," said Cui, responding to a question about a rumor the U.S. military was responsible for bringing the coronavirus to Wuhan.

Rudd believes the best that can be hoped for is a tactical pause in U.S.-China hostilities. Shirk suggested U.S. Vice President Mike Pence and Chinese Premier Li Keqiang to have regular phone calls to kick-start high-level dialogue on more coronavirus cooperation.

"We always stand for dialogue ... When you have a new administration, you have a new president in the White House, you've got a new secretary of state who would want a new (policy) with their own name on it maybe. So we've been trying to meet that requirement to adjust, but also to a new standard for more dialogue," Cui noted.

"We need more dialogue in this room and to address the current priority, our joint efforts to confront this (pandemic) now ... Business leaders and even governors from the U.S. are trying to facilitate the flow of medical supplies from China to the United States," he added. 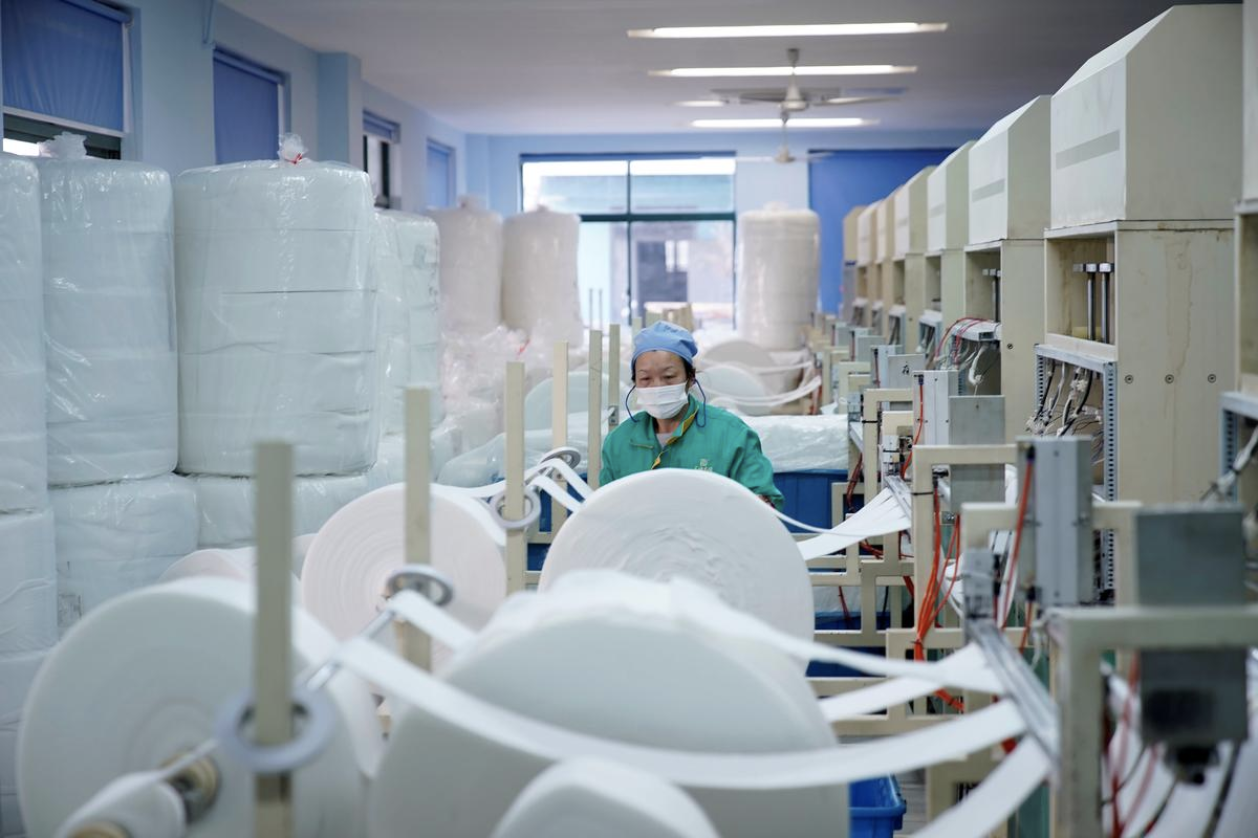 A worker is seen on a production line manufacturing masks at a factory in Shanghai, China, January 31, 2020. /Reuters

A worker is seen on a production line manufacturing masks at a factory in Shanghai, China, January 31, 2020. /Reuters

Asked whether there has ever been any fundamental trust between China and the United States since 1970s, Cui said building and enhancing mutual trust should always be the common goal of both countries.

He said mutual trusts between the two countries has its "ups and downs" and there's no complete trust between the U.S. and its allies, but he said "striving to build and enhance mutual trust" should always be the shared goal of the two.

"We have to make our best efforts to build that trust, to improve, to have better mutual confidence. But in order to achieve that, I hope our friends in America, perhaps also in Europe, can think hard about some of the basic issues," Cui said.

"First, China has a right to develop and modernize. This right is inalienable. Number two, China has to develop and modernize its own path. And this China path is based on China's conditions rooted in Chinese cultures to meet the needs of its people. Number three, China's development is not to challenge or replace the United States in the world. This has never been our intention. And there's still such a gap in terms of economic, military and scientific power between China and the United States. We are fully aware of the gap, and China's development has not been as expansive ... It's clear both countries benefited from a normalized and developing China-U.S. relationship.

"So it's clear if our two countries can cooperate with each other, both will benefit. If we have a confrontation, both will lose ... It's much more hopeful for us to build up our mutual trust," Cui concluded.