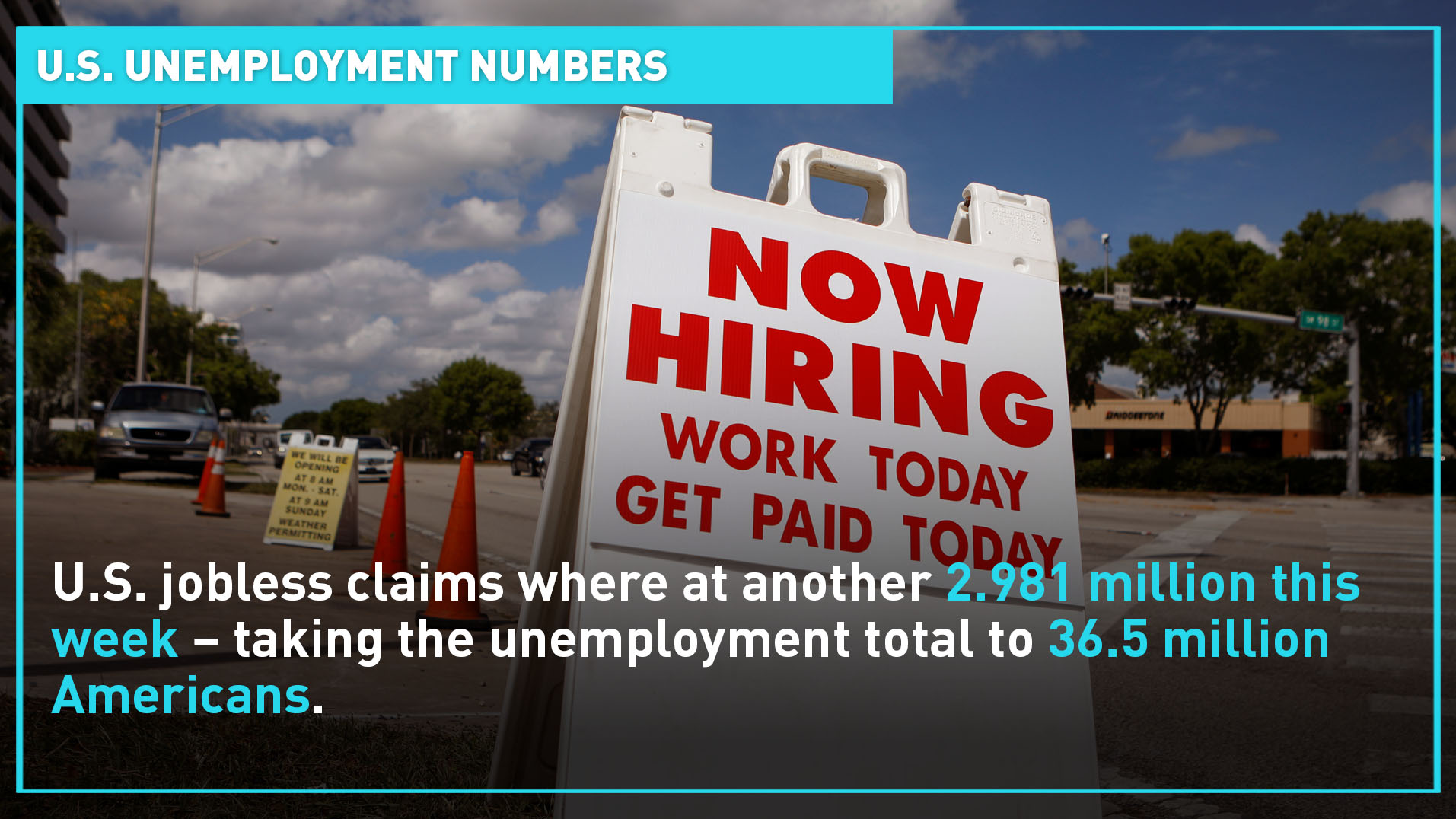 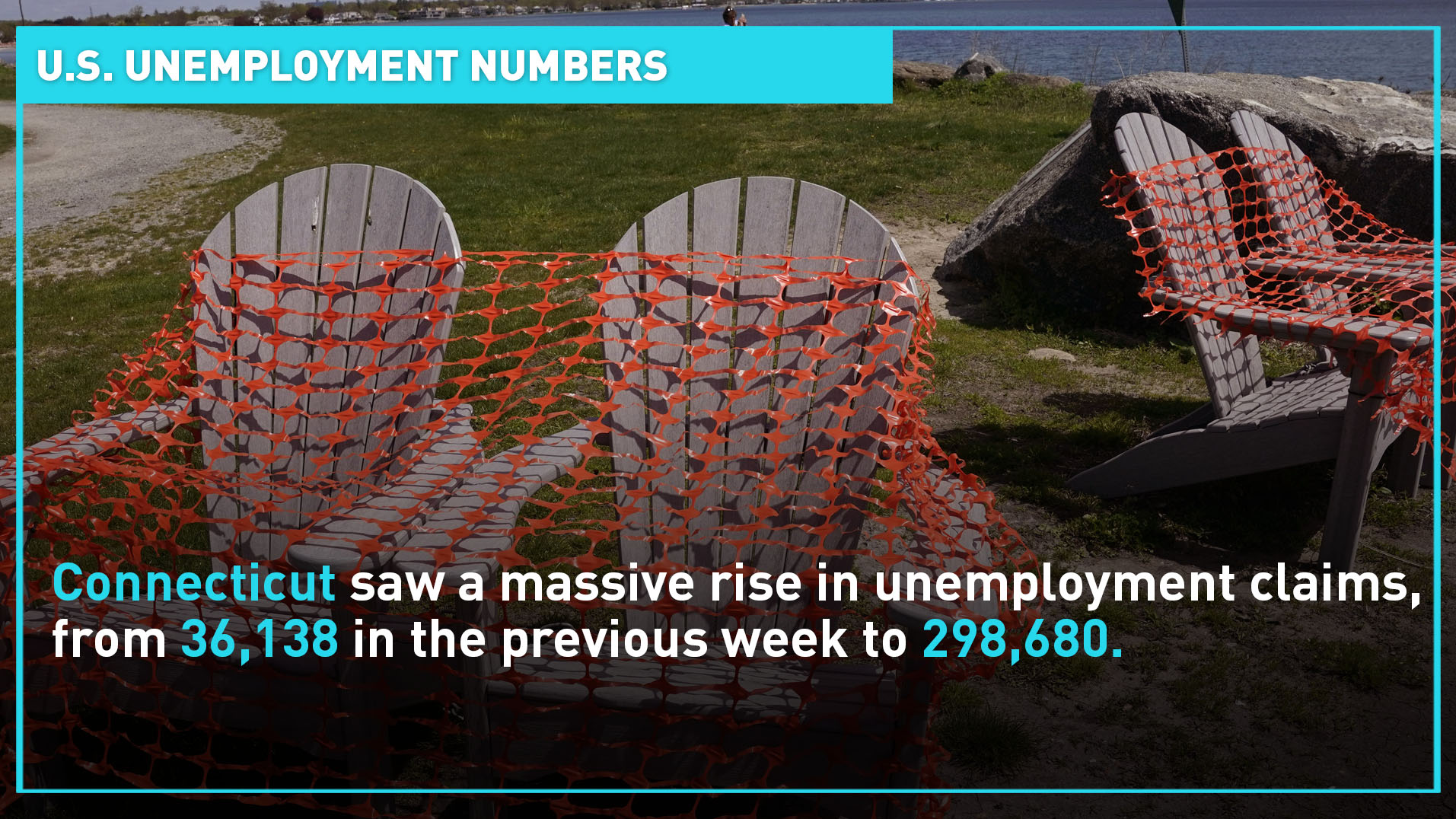 The coronavirus pandemic continues to hurt the U.S. job market, with another 2.981 million Americans filing for unemployment, according to U.S. Department of Labor.

With these new numbers, unemployment numbers have now reached 36.5 million since mid-March.

This week's numbers are slightly lower than the previous week's 3.176 million claims, while weekly claims have been on the decline in the past week – since hitting a record 6.867 million at the end of March.

While some states are reopening, businesses and factories are still operating below capacity. In Georgia and Florida, two of the states that reopened their economy early, jobless claims rose to 241, 387, and 221,905, respectively.

Meanwhile, smaller businesses who were able to access loans from a nearly $3 trillion fiscal package are still at threat of closing permanently.

The U.S. Labor Department also said another 842,000 people applied for federal aid through a program set up for the self-employed and gig workers.

The recent job losses have sparked concern from economists and the federal government.

Economists  have voiced concerns that the numbers suggest a second wave of layoffs, specifically for industries and jobs not initially affected by the first round of shutdowns.

On Wednesday, the Federal Reserve Chair Jerome Powell warned of an "extended period" of weak growth and stagnant income for the country. This news, and renewed fears of worsening trade tensions between China and the U.S. had stocks trading lower on Thursday morning.

Meanwhile, House Democrats have proposed a new round of relief aid, going beyond the $3 trillion already given to individuals and businesses at the beginning of pandemic.

But Republicans have been against additional federal aid – arguing they want to see how the previous aid affects the economy and expressed skepticism in approving a new round of aid.