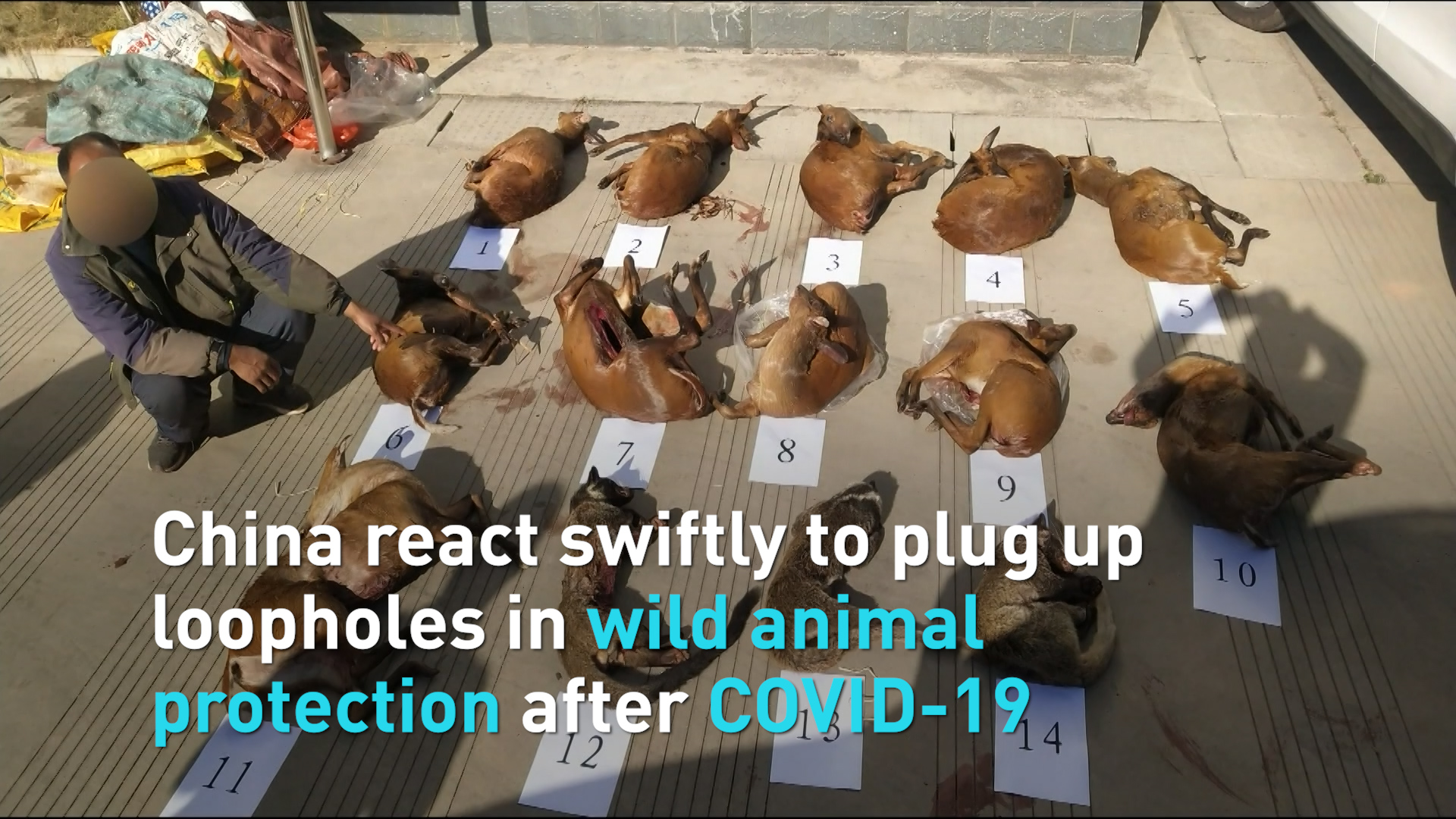 Since the outbreak of COVID-19, Chinese lawmakers have reacted swiftly to plug loopholes in wild animal protection.

While the source of COVID-19 has yet to be determined, scientists seem to agree on one fact: That more than 70 percent of new infectious diseases originate from wild animals.

This is a decision supported by Professor Yang Zhaoxia, who studies laws of ecology. "The current legislation mainly concerns the ecological aspect of wild animal protection. Animals like bats were not included in the protection law. Now seeing that these animals are highly capable of transmitting viruses, the legislature issued the ban to prevent such risks to public health,” said Yang, director of the ecological law research center at Beijing Forestry University.

But issuing the ban was just the first step. Two months later, the NPC standing committee deliberated two other relevant laws; one on animal epidemic prevention, the other on bio-security.

Later this year, lawmakers are set to amend the country's Wildlife Protection Law. The law was enacted in 1989 and amended four times by 2018.

Professor Yang, who participated in the previous amendments, said that this time, the focus should be on classification. "Currently there are two classifications of wild animals: Those inhabiting the wild, and those artificially bred. But this is not enough. We need to further classify what animals are edible and which are not. For example, those bred with mature technology and that meet sanitary standards should be allowed in markets," added Yang. Yang said that once classifications are specified, toughening punishment will be equally important.

Another expert, Zheng Hong, a member of the top political advisory body, calls for enhancing law enforcement. "When amending the Wildlife Protection Law, it's crucial to work out the fine details, to emphasize stricter law enforcement, and promote inter-departmental cooperation. And the public should be involved to supervise law enforcement and provide information on violation cases," said Zheng, Vice President of Xihua University.