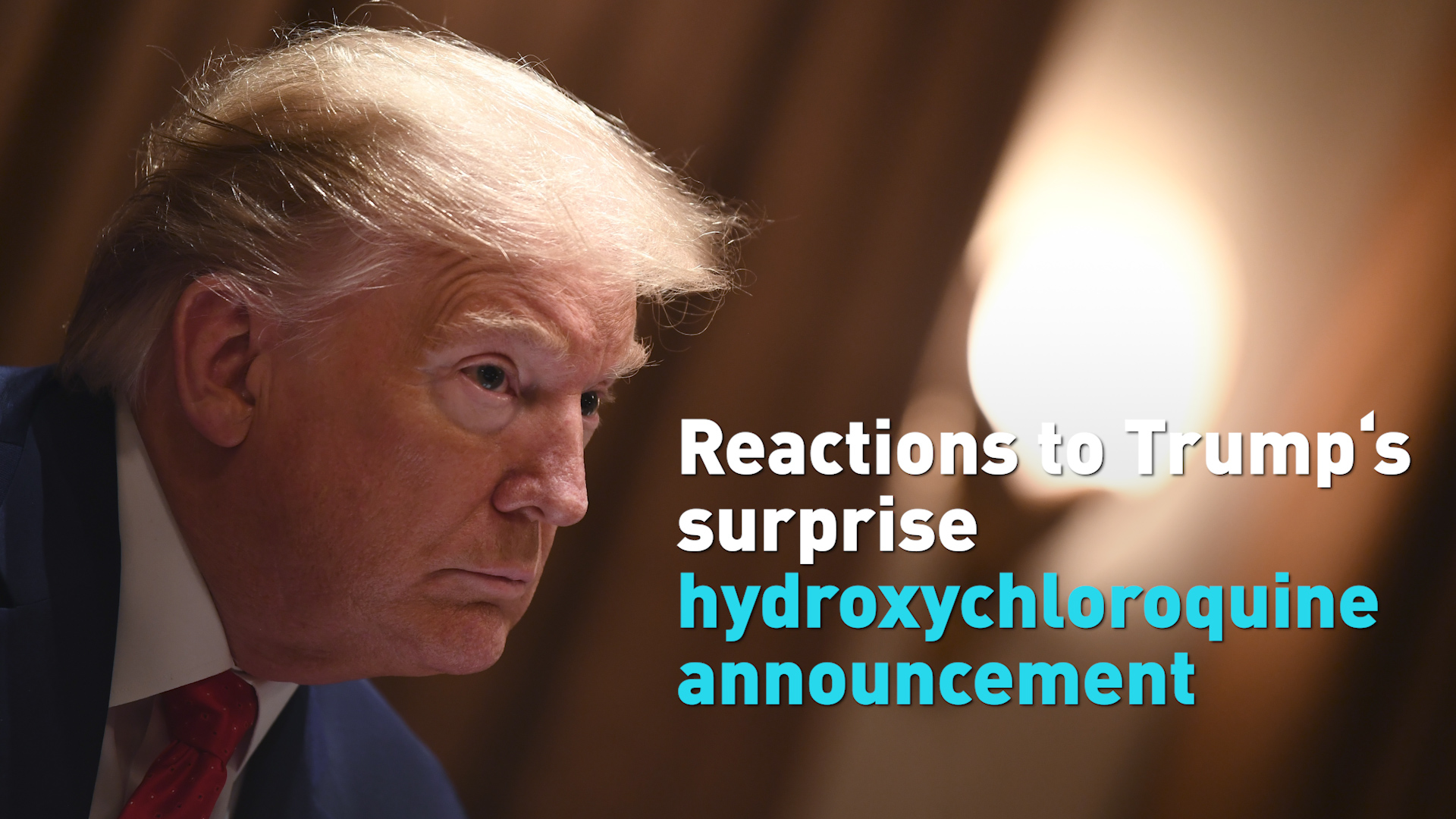 U.S. President Donald Trump made a surprise announcement that he was currently taking hydroxychloroquine, an anti-malaria medication, for the prevention of COVID-19. The president has been hailing the drug as a possible treatment, although both the U.S. Food and Drug Administration and the World Health Organization warn people against using the drug because of possible serious side effects with COVID-19.

"As far as the President is concerned, he's our President and I would rather he not be taking something that has not been approved by the scientists, especially in his age group and in his, shall we say, weight group -- morbidly obese, they say. So, I think it's not a good idea."