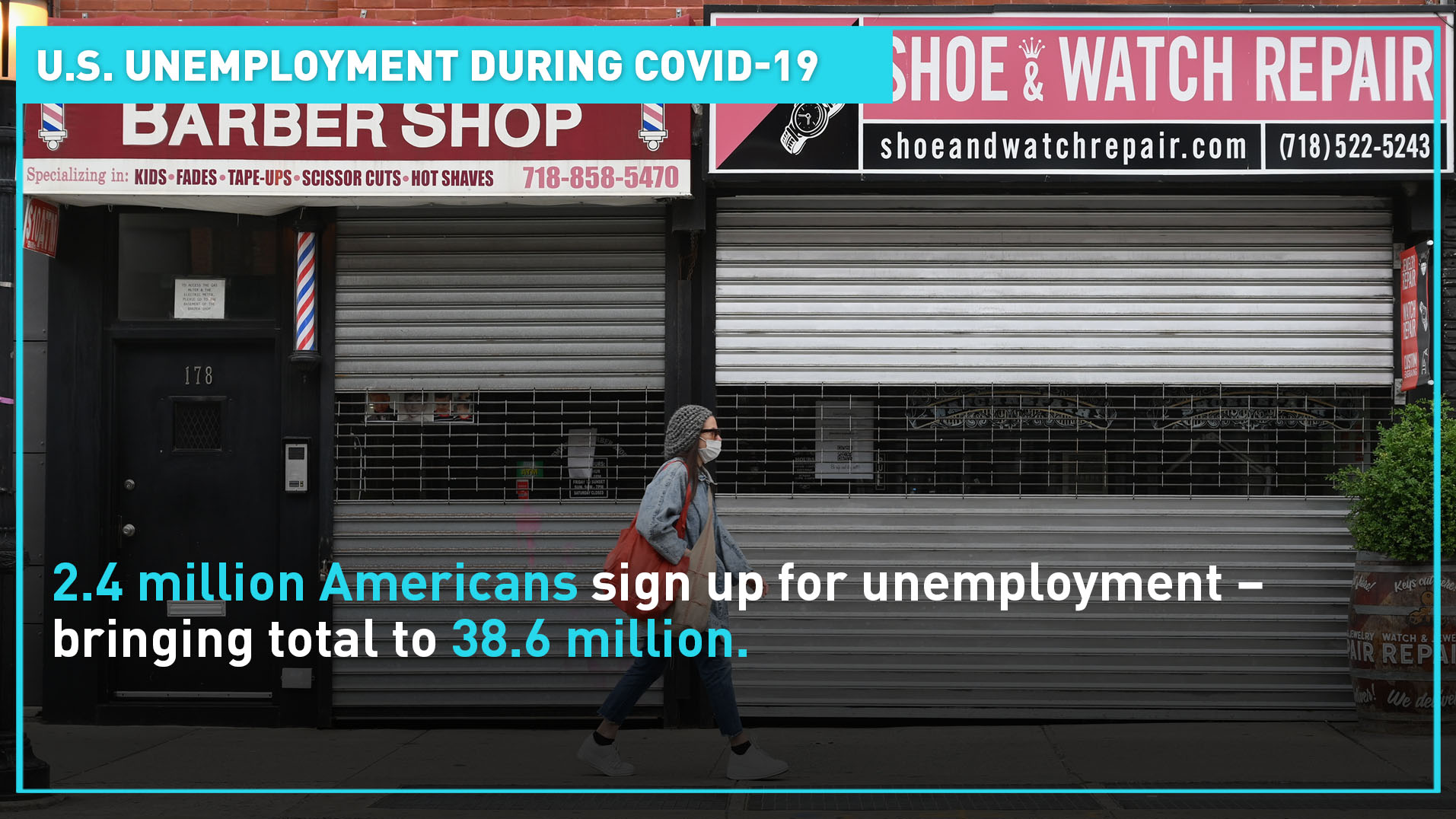 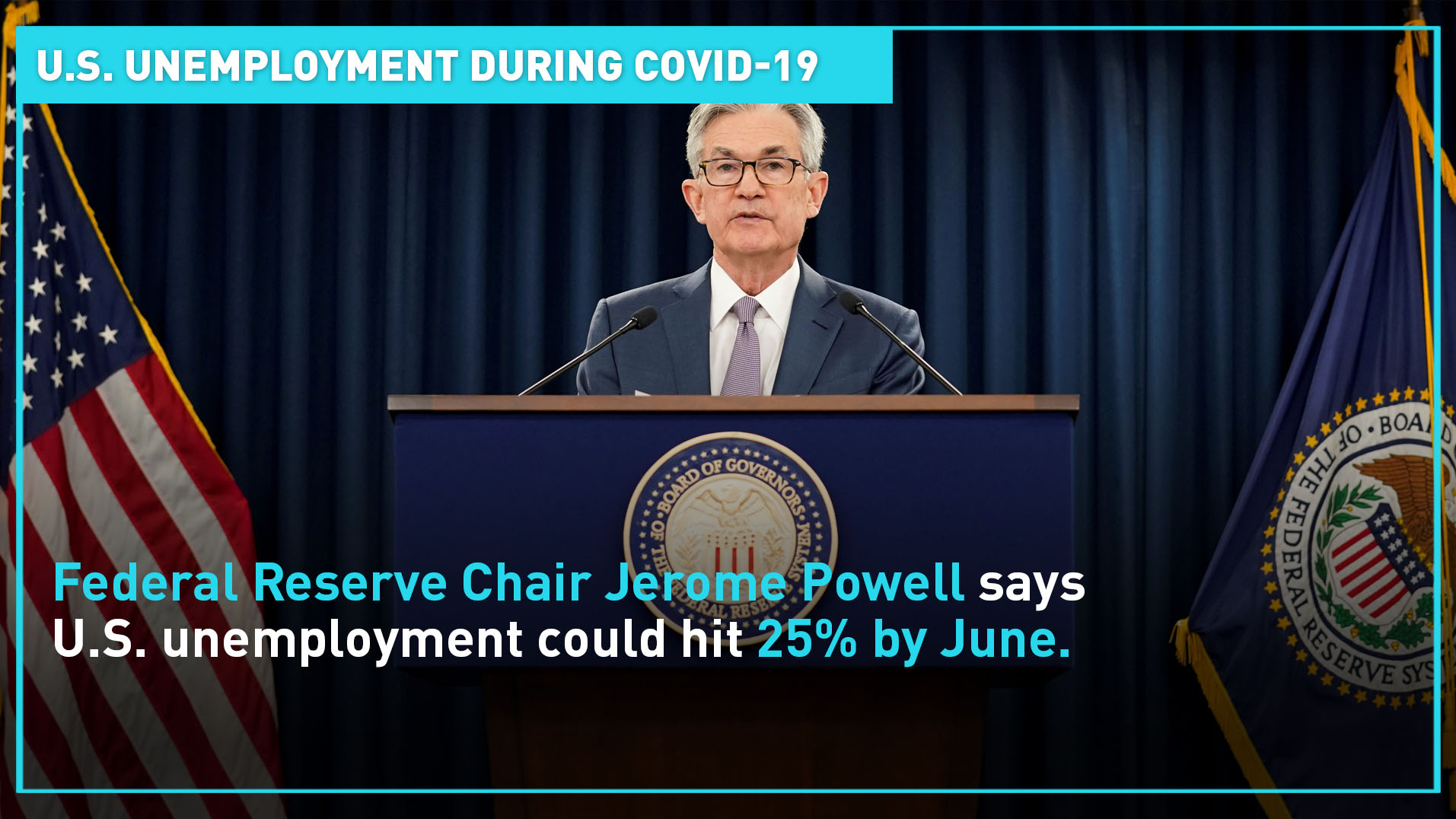 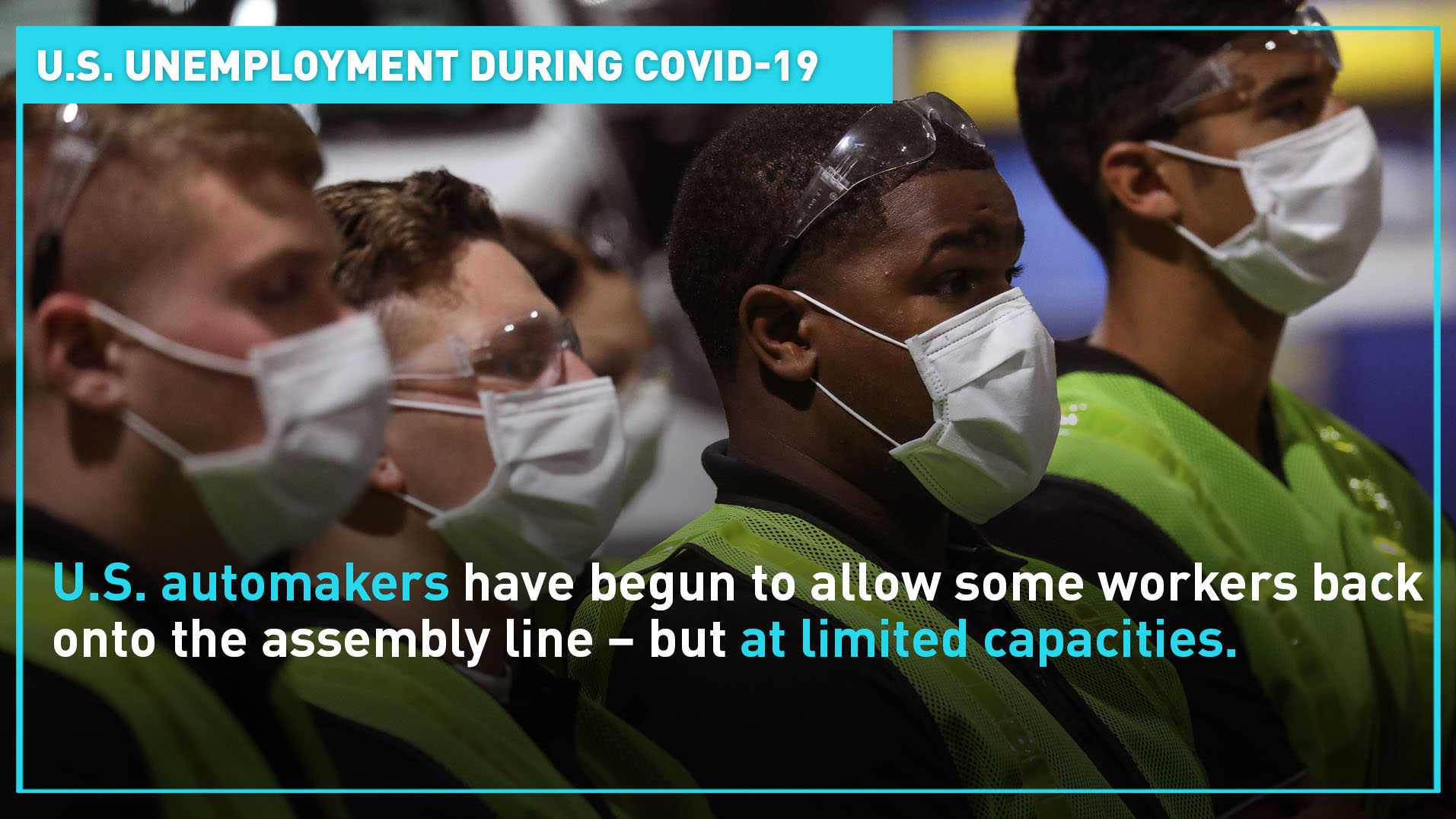 U.S. unemployment numbers continue to grow in the wake of the coronavirus outbreak and shutdowns, swelling to 38.6 Americans, according to government reports.

More than 2.4 million Americans filed for unemployment insurance in the last week in the latest rounds of layoffs shaking the U.S. economy and stalling businesses.

Over the weekend, Federal Reserve Chairman Jerome Powell said U.S. unemployment could peak in May or June at 20% to 25%, levels not seen since the Great Depression.

Though all states are gradually reopening their economies and letting people get back to work, that did slow down the most recent job numbers.

Georgia, a state that reopened before many others, announced that its April unemployment numbers were the highest one month recorded increase and its highest on record.

In Florida, another state that started to resume its economy early while the outbreak raged, claims rose by 223,927, the South Florida Sun Sentinel reports. The story notes that layoffs mostly affected the transportation, hospitality and restaurant industry.

Some companies have started to rehire workers however, with automotive plants putting 130,000 workers back on the job – though in limited capacities.

American sports leagues are still struggling, with the Chicago Cubs and Pittsburgh Pirates trimming payrolls as they await news on the upcoming Major League Baseball season.

While the Cubs will be instituting pay cuts, the Pirates will be furloughing employees in business operations beginning on June 1.