What exactly is "Obamagate?"
Omar Elwafaii 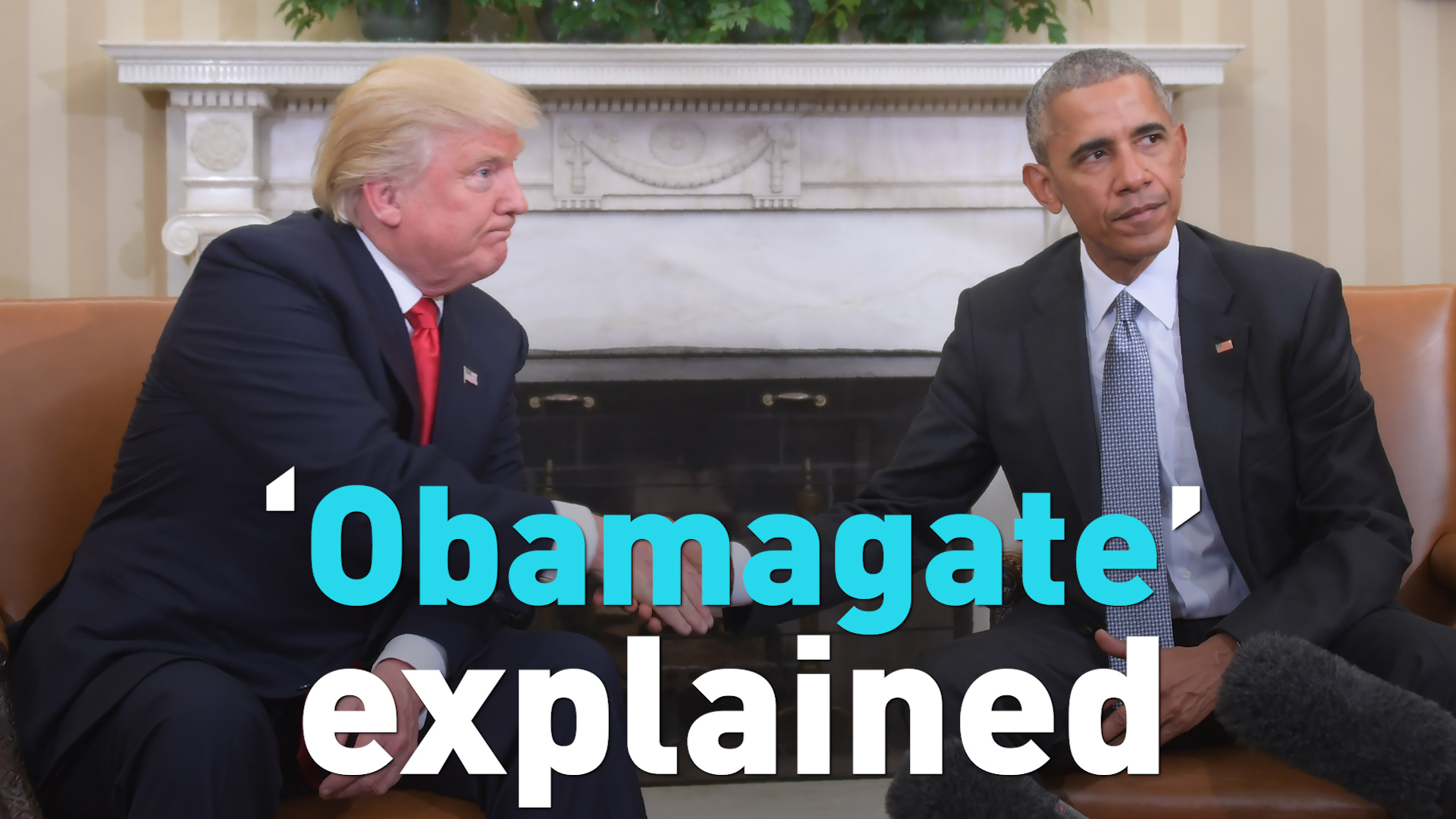 "Obamagate" is U.S. President Donald Trump's latest catchphrase. But where did it come from?

Earlier this month, Trump accused former President Barack Obama of "The biggest political crime in American history, by far!" A few days later a Washington Post journalist asked the president what exactly he was referring to.

Then Trump was asked about what specific crime he was accusing Obama of.

"You know what the crime is. The crime is very obvious to everybody. All you've got to do is read the newspapers, except yours," Trump said to the Washington Post reporter, in reference again to Obamagate. 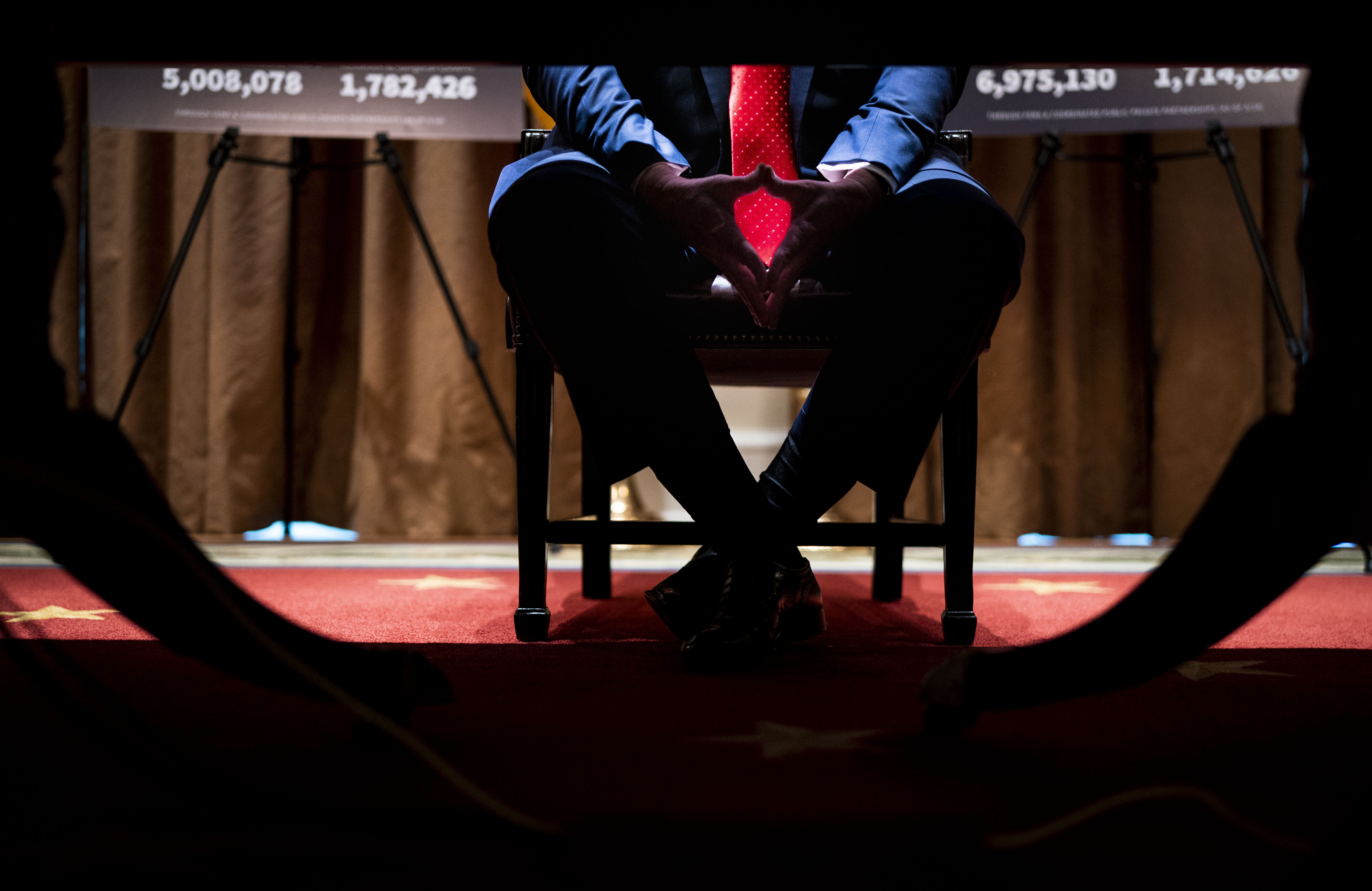 So, what exactly is "Obamagate?"

The word itself is a play on the Watergate scandal which ended with former President Richard Nixon resigning after his administration was caught trying to cover up a failed break-in of the Democratic National Committee headquarters in the Watergate Office Building in Washington D.C. in 1972.  Since then, 'gate' has been used as a suffix on many scandals, from Pizzagate and Deflategate, even to Gategate.

This latest 'gate' trend started when Trump first tweeted "OBAMAGATE!", then retweeted Buck Sexton, a conservative commentator, who claimed that "the outgoing president used his last weeks in office to target incoming officials and sabotage the new [Trump] administration."

Trump's retweets from that day seem to suggest that "Obamagate" refers to the FBI's investigation into Russian interference during the 2016 U.S. presidential election, but that this time there may be more. Multiple U.S. intelligence investigations and a bipartisan U.S. Senate Intelligence Committee report released in April, all concluded that Russia acted to undercut Trump's presidential rival Hillary Clinton's chances in that election. The committee report also declared the intelligence analyzers "were under no political pressure to reach specific conclusions." Russia denies any interference.

That brings us to Michael Flynn, Trump's first national security adviser. Flynn held the office for just 24 days before resigning for misleading the FBI and Vice President Mike Pence regarding his relationship and dealings with Sergey Kislyak, the Russian ambassador to the United States.  Flynn eventually plead guilty to charges that he lied to FBI investigators about conversations he had with Kislyak while working as a senior adviser to Trump in 2016, between the time Trump won the election and took office.

At the time, Trump tweeted this.

This month the U.S. Justice Department, led by Attorney General William Barr, a Trump appointee, said it wanted to drop the case against Flynn. Flynn's lawyers say he was "ambushed" by biased FBI agents. But according to a report by Reuters, many former law enforcement officials have said the FBI acted properly in questioning Flynn and that Barr is protecting Trump's friends and associates.

With that in mind, the question remains how Obama was involved, and if the former president committed any crime.

Jump back to 2016, Obama administration officials received intelligence reports about possible Russian election interference which made them concerned, but the reports were incomplete.

"Our laws prevent us from doing surveillance on our own citizens and protect the rights of that person, the American's privacy, That name is masked, so to speak, in an intelligence report," Riechmann said.

According to the Riechmann, in 2016, surveillance of Russia's ambassador to the U.S. revealed he had interacted with an unnamed American who may have been undercutting efforts to pressure Vladimir Putin's government. So, they asked intelligence agencies to disclose the name. It was Michael Flynn.

According to published reports, the unmasking of Flynn has become the main focus in Trump's unsubstantiated claim that he and his aides were the targets of an Obama administration "witch hunt."

But was the unmasking of Flynn illegal? A memo released by Republican senators says the request to unmask was approved through the NSA's "standard process." It's understood that the process is used by many presidential administrations so they can better understand the intelligence being provided.

Trump has repeatedly attacked Obama from the time the current president was a reality TV star. Then, Trump floated false claims that Obama, the first black president in the U.S., was not born in the country and was not eligible to hold that office. Later, and again without evidence, Trump claimed that Obama had ordered wiretaps on his phones at Trump Tower.

Many critics say "Obamagate" is a smokescreen to distract voters from Trump's mishandling of the coronavirus pandemic as the race to this November's election begins to ramp up.