Protests after death of man in police custody in U.S.
CGTN 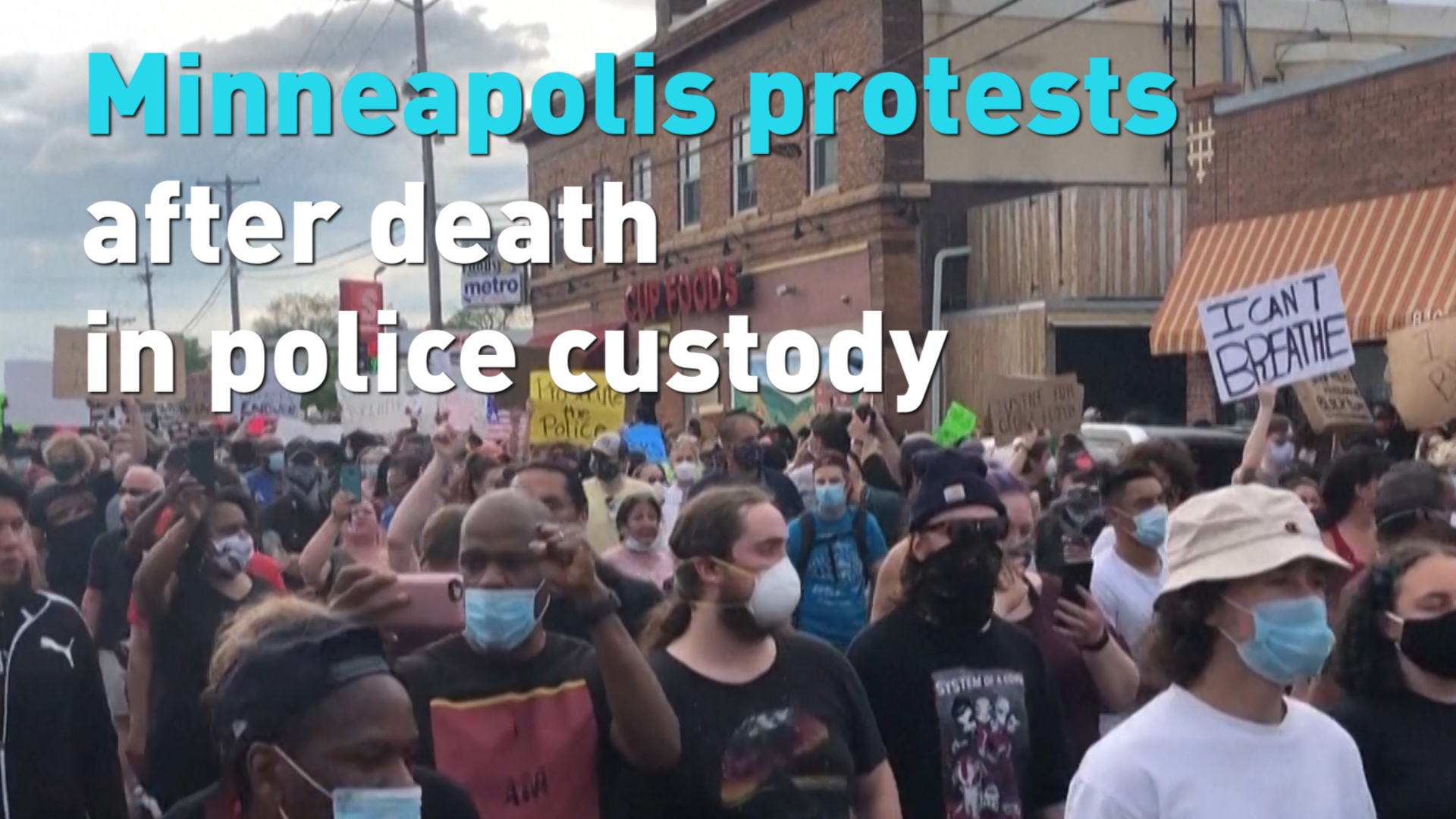 George Floyd pleaded with officers, struggled to breathe, and helplessly called out for his mother.

Bystanders filmed the scene as police pinned the man down, slowly becoming silent and motionless.

He was later taken to the hospital where he was pronounced dead.

Thousands of protestors took to the streets Tuesday for a peaceful demonstration, many calling for the arrests of the officers.