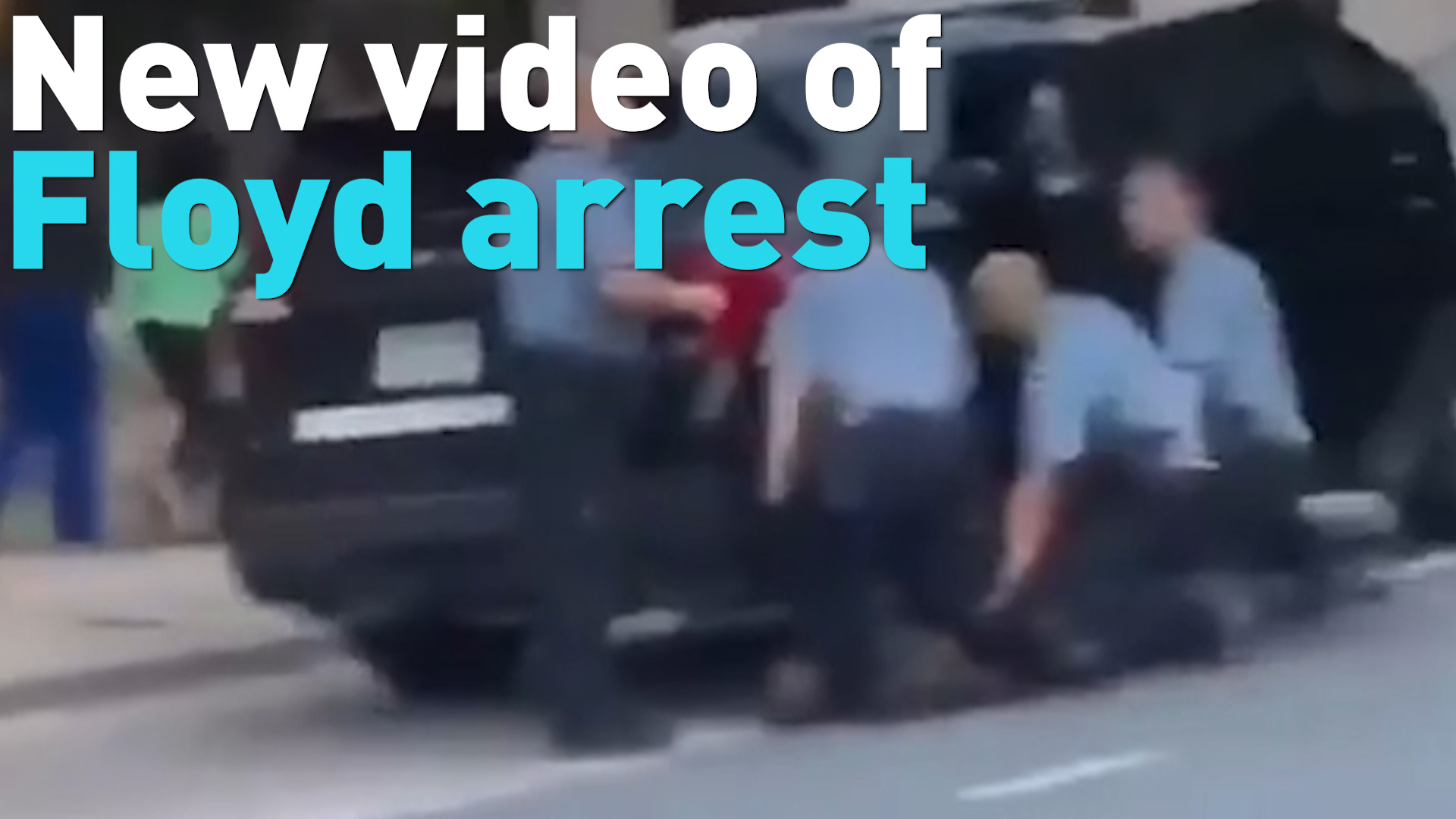 Derek Chauvin, the fired white Minneapolis police officer who was seen on video kneeling on the neck of George Floyd, an unarmed black man, has been arrested and charged with third degree murder and second degree manslaughter according to Hennepin County Attorney Mike Freeman.

In the now-viral video recorded by a bystander, Chauvin is seen kneeling on Floyd's neck as Floyd is handcuffed behind his back. Floyd becomes motionless as Chauvin remains on his neck. The criminal complaint against Chauvin states, "The defendant had his knee on Mr. Floyd's neck for 8 minutes and 46 seconds in total. Two minutes and 53 seconds of this was after Mr. Floyd was non-responsive."

A newly surfaced video of the arrest shows that at one point Floyd appeared to be pinned down by three officer, not only one. In the original video, three other officers ignored pleas from other bystanders to get off Floyd. According to Freeman, an ongoing investigation into other officers is underway and he anticipated charges against three officers involved in the incident. If convicted, Derek Chauvin could face up to 25 years in prison for the first charge and up to 10 years on the second charge. 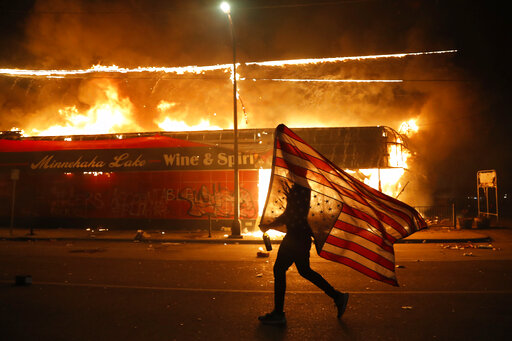 A protester carries a U.S. flag upside down, a sign of distress, next to a burning building Thursday, May 28, 2020, in Minneapolis. / AP

A protester carries a U.S. flag upside down, a sign of distress, next to a burning building Thursday, May 28, 2020, in Minneapolis. / AP

Since the release of the video, a wave of violent protests has spread in Minneapolis and across the U.S. A handcuffed Floyd can be seen pleading with the former officer saying he couldn't breathe. Floyd died in police custody. Fires and looting broke out in Minneapolis over the last two nights, including a fire that destroyed a city police station.

The Minneapolis mayor imposed a 8pm-6am curfew on Friday and Saturday saying, "During the hours of curfew, all persons must not travel on any public street or in any public place."