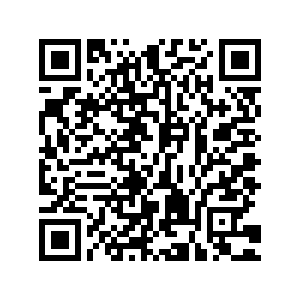 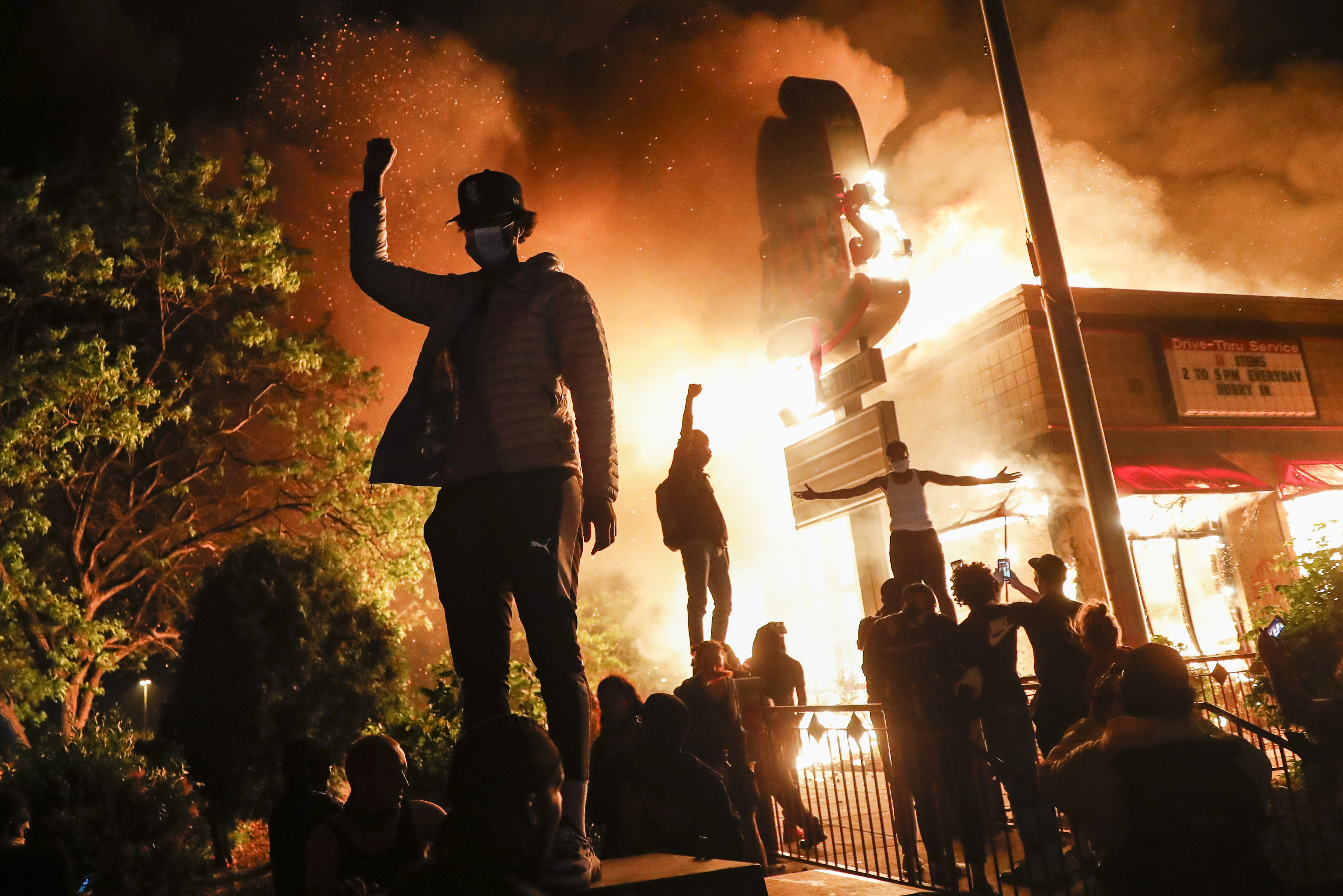 Protesters demonstrate outside of a burning fast food restaurant, early Friday, May 29, 2020, in Minneapolis.

Protesters demonstrate outside of a burning fast food restaurant, early Friday, May 29, 2020, in Minneapolis.

In many U.S. cities, protesters have set police cars ablaze, smashed windows of businesses, been shot, and skirmished with baton-wielding officers. From Washington to Los Angeles, anger over George Floyd's death is being fed by a long history of police killing unarmed Black men.

As some states call in the National Guard to prop up an increasingly overwhelmed police force, CGTN looks images from some of the epicenters of recent civil unrest. An Atlanta Police Department vehicle burns as people pose for a photo during a demonstration against police violence. 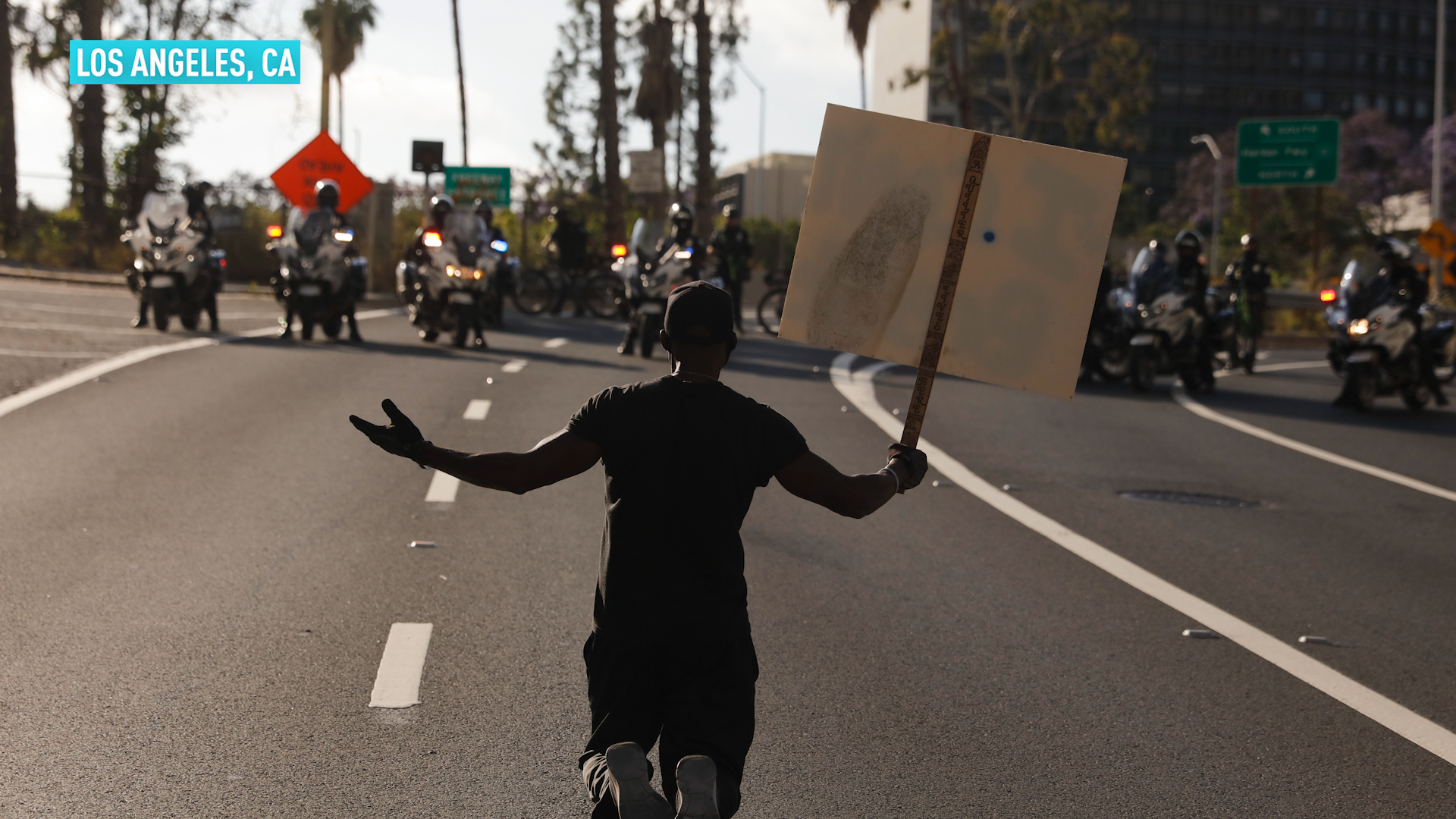 A man kneels on the street in front of police officers while chanting "I can't breathe" during a protest over the death of George Floyd, Friday, May 29, 2020, in Los Angeles. Floyd died Memorial Day while in police custody in Minneapolis.

A man throws a hand truck into the window of vandalized CVS store during a protest over the death of George Floyd. A protester is arrested near Barclays Center in New York City, New York, after a rally. 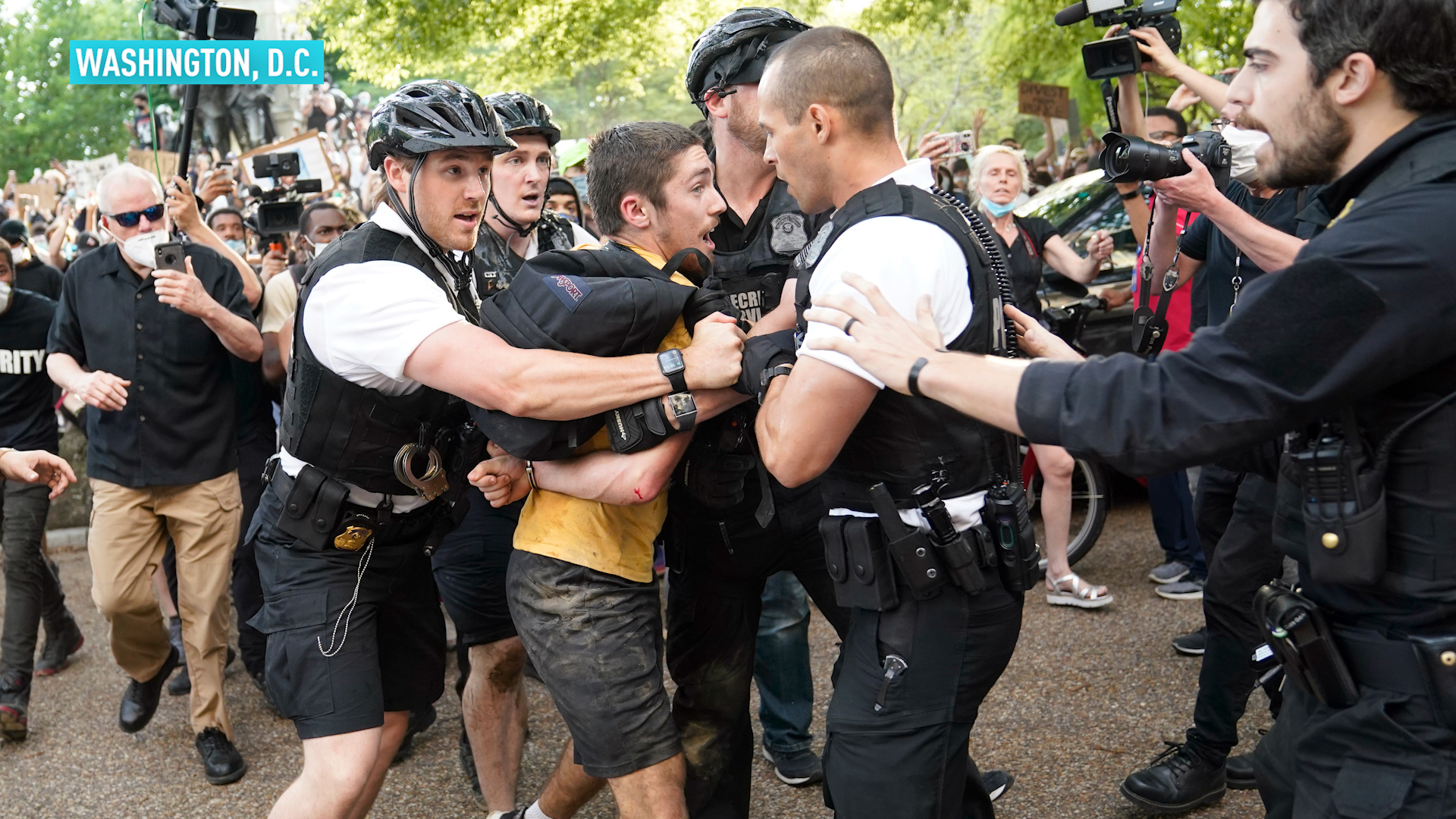 Uniformed U.S. Secret Service police detain a protester in Lafayette Park across from the White House. Protesters and National Guardsmen face off on East Lake Street, Friday, May 29, 2020, in St. Paul, Minn. Protests continued following the death of George Floyd, who died after being restrained by Minneapolis police officers on Memorial Day. A security guard walks behind shattered glass at the CNN building at the CNN Center in the aftermath of a demonstration against police violence.