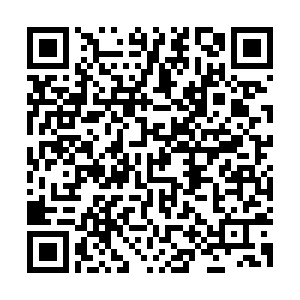 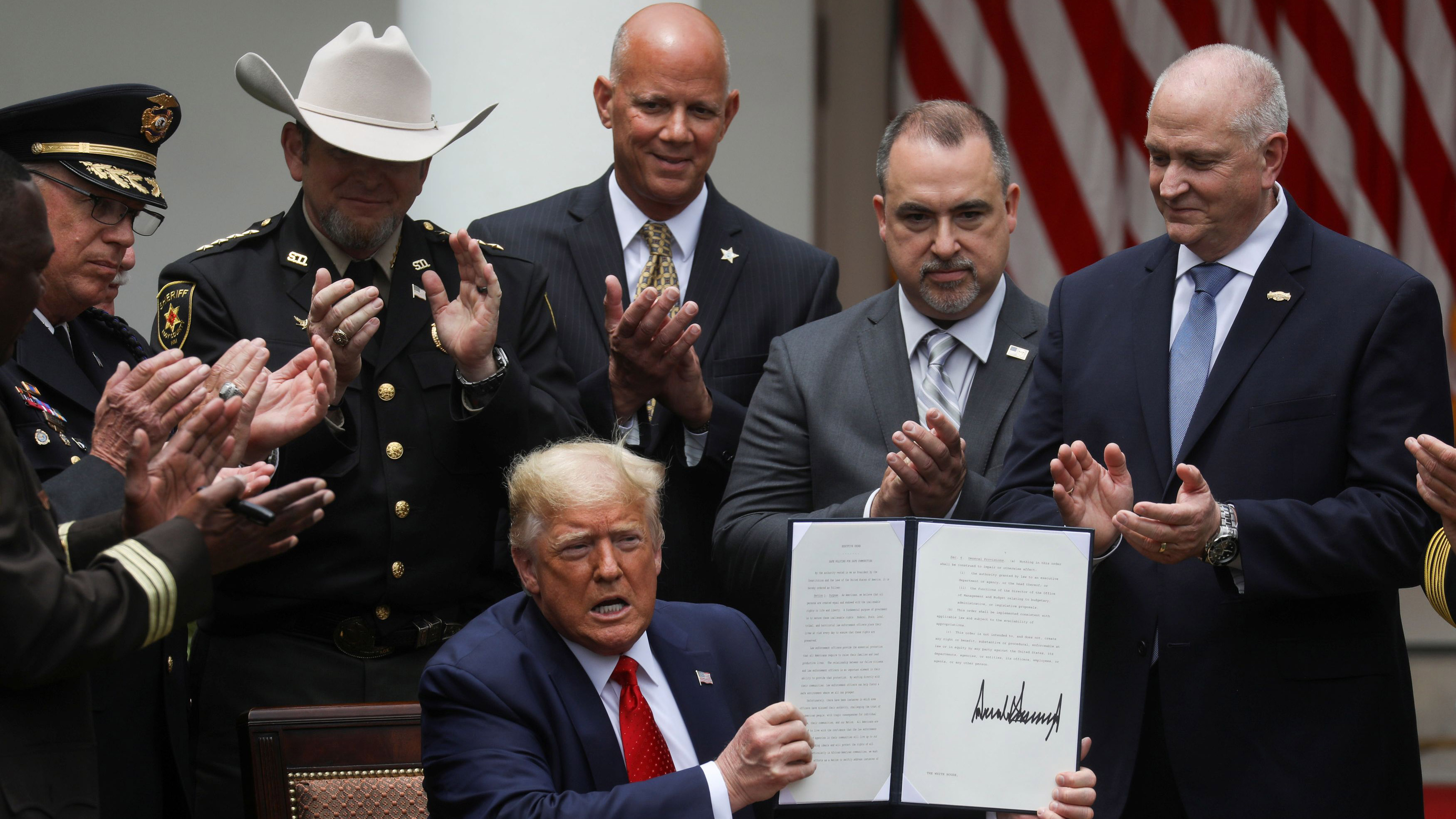 After weeks of pressure following the death of George Floyd, U.S. President Trump signed an executive order Tuesday to reform police departments, calling for a ban on dangerous chokeholds, but he stopped well short of demands made at nationwide protests against racism and police brutality.

"We have to break old patterns of failure," Trump said in a Rose Garden ceremony attended by police and Republican congressional allies, though no black civil rights representatives or political opponents.

Trump has limited power over policing, which is run mostly at the state and local levels. However, Trump said that he would use access to federal funding grants as leverage to persuade departments "to adopt the highest professional standards." His executive order encourages de-escalation training, better recruitment, sharing of data on police who have bad records and money to support police in complicated duties related to people with mental or drug issues.

Departments that seek out external certifications have a better chance of being awarded federal grants. Police departments will also be able to share information on officer complaints more easily, so as to prevent disciplined or terminated officers from seeking jobs in other nearby localities.

A highlight of Trump's proposals, which he said could be complemented by legislation being negotiated in the Republican-controlled Senate, was ending chokeholds "except if an officer's life is at risk," he said.

Trump called his initiative "a tremendous step" toward "safe, beautiful and elegant justice."

The administration recognizes that many times police are called on for duties that may be beyond their skills and provides for co-responders to accompany officers to non-violent calls.

While the executive order provides guidance for immediate police reform, Trump acknowledged that Congress must pass legislation for there to be long-term change in law enforcement. Critics, including the Democratic speaker of the House of Representatives, Nancy Pelosi, derided his efforts.

"The president's weak executive order falls sadly and seriously short of what is required to combat the epidemic of racial injustice and police brutality," she said in a statement.

"During this moment of national anguish, we must insist on bold change, not meekly surrender to the bare minimum."

Trump began by announcing he had just met in private with families of several black people killed in encounters with the police.

"We are one nation. We grieve together and we heal together," he said.

"Americans know the truth: without police, there is chaos," Trump said.

Only a "very tiny" number of police commit wrongdoing, he said in remarks that frequently veered into a campaign speech about his accomplishments.

Democrats and civil rights groups say that full-scale rethinking of police culture, and even cuts in police funding, are needed to bring necessary change. A first wave of unrest began more than three weeks ago, after the May 25 death of George Floyd, an African-American man, in Minneapolis.

Floyd stopped breathing when an officer knelt on his neck, having already handcuffed and pinned him to the ground during arrest for a minor offense. Amateur video of the incident sparked demonstrations nationwide and looting and arson in some places.

New tensions erupted last week after the death in Atlanta, Georgia, of Rayshard Brooks, another African American whom police say was shot in the back as he ran away from arresting officers, having grabbed one of their tasers and aimed it at them.

The Black Lives Matter movement has spun off into attacks by activists against statues commemorating figures from colonial or slavery eras. On Monday, a man was shot when a heavily armed right-wing group tried to defend a statue of a 16th century Spanish conquistador in Albuquerque, local media reported.

Trump has struck a hardline tone throughout the tense period, sparking uproar even from his own Republican Party with his warning that he could send federal troops to cities unable to control the crowds.

The president clearly felt that the tough approach played well with his base, a passionately loyal minority of the electorate that he hopes will power him to a win, however narrow, in November. The slogan "law and order" has become a new pillar of his reelection campaign platform.

Trump's frequently lukewarm attempts to express empathy for the fear and powerlessness that many black Americans say they feel on a daily basis when encountering police left a vacuum that his Democratic opponent Joe Biden is seeking to fill.

"Systemic racism pervades every part of our society, including law enforcement – and we have to do the hard work to root it out," Biden tweeted on Tuesday.