Who will be impacted by Trump's visa freeze?
CGTN Green cards issued outside the U.S. were already temporarily banned but those restrictions were extended until the end of the year. 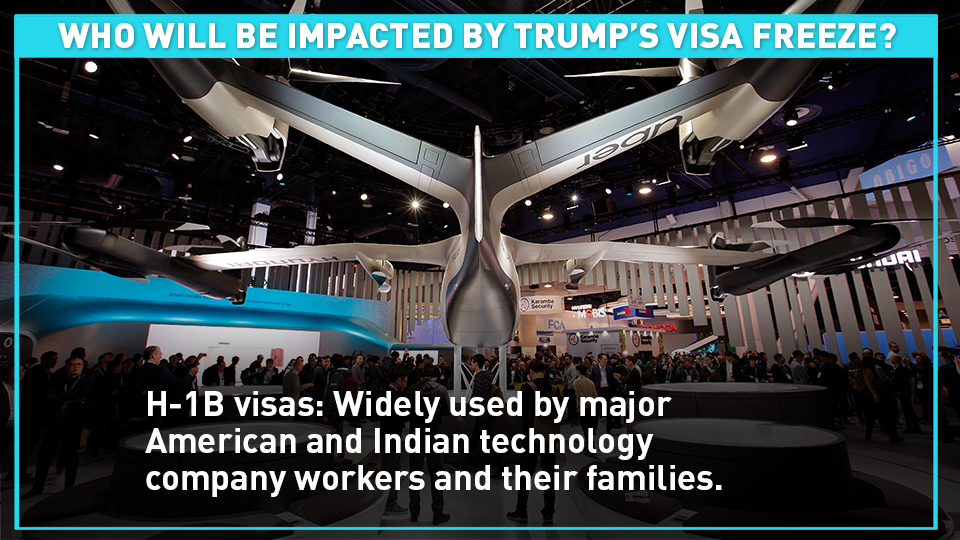 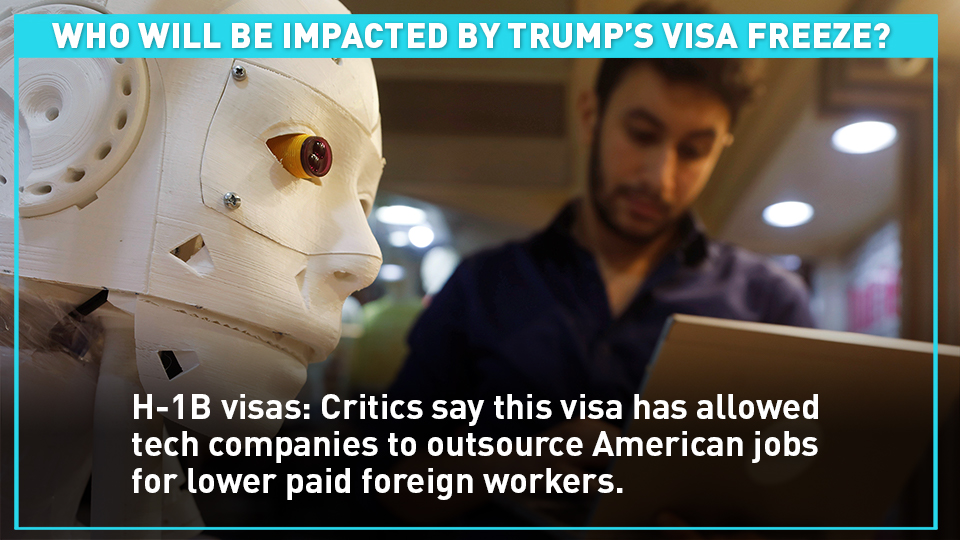 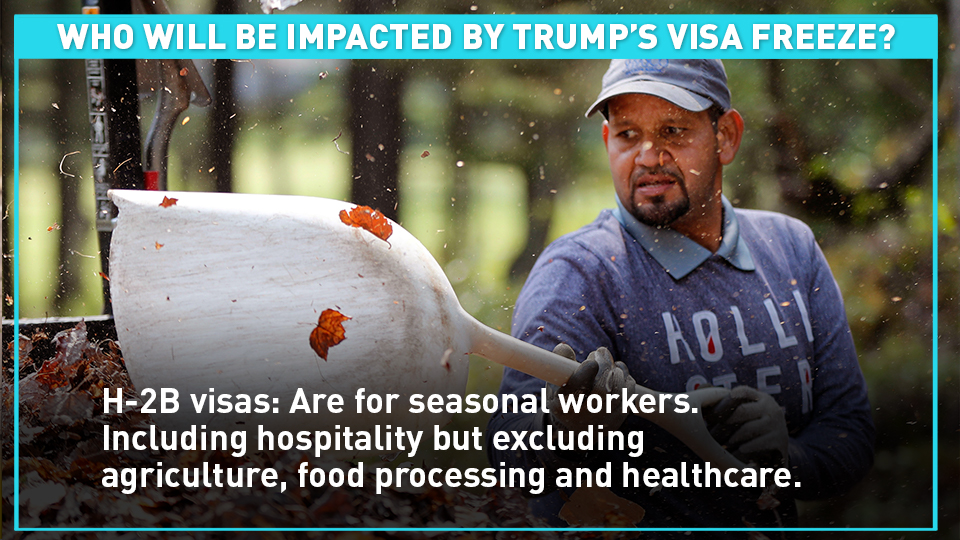 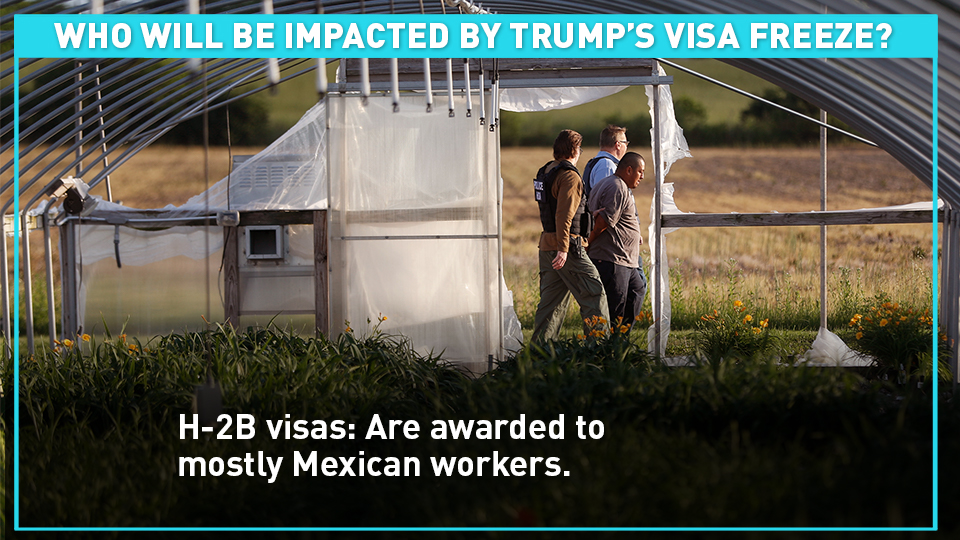 (Scroll left or right on the pictures to see more)

H-2B visas: This is for seasonal workers. Including hospitality but excluding agriculture, food processing and healthcare.

These visas are awarded to mostly Mexican workers. 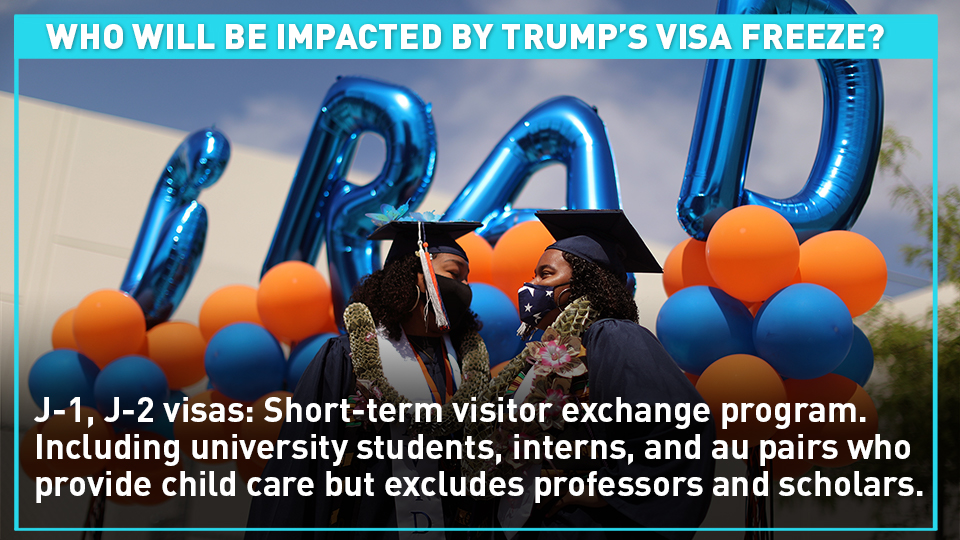 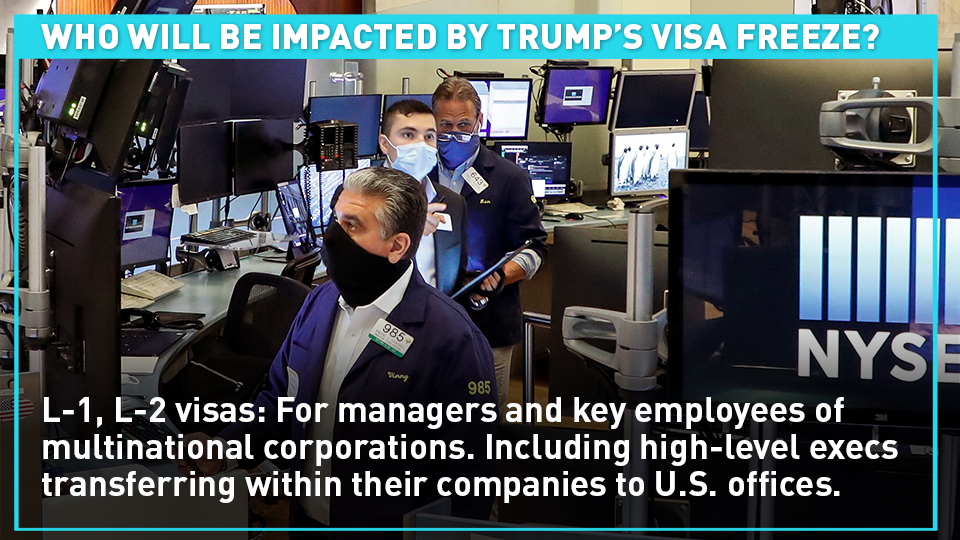 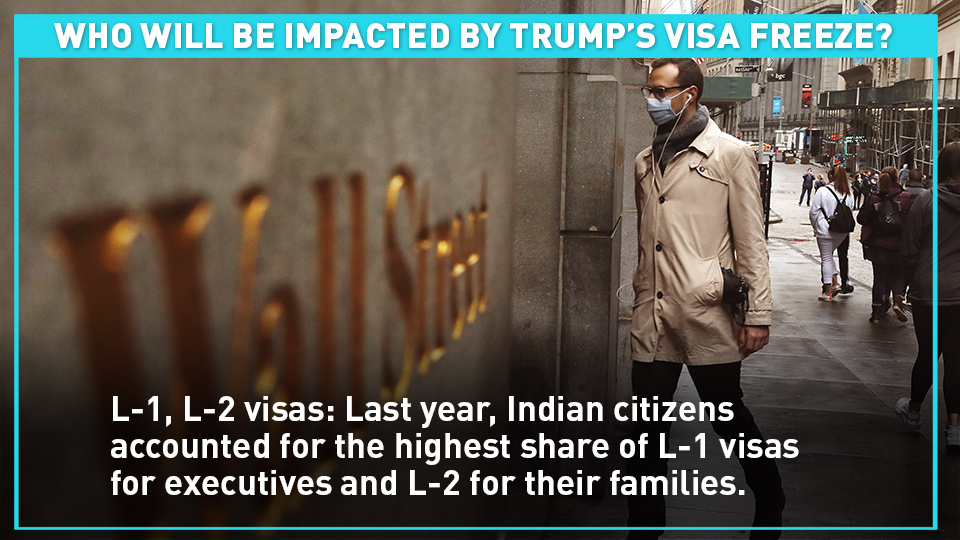 (Scroll left or right on the pictures to see more)

Through exchange programs, these visas bring in over 300,000 people from 200 countries each year.

L-1, L-2 visas: These are for managers and other key employees of multinational corporations.

Including high-level executives who are transferring within their companies to U.S. offices.

Last year, Indian citizens accounted for the highest share of L-1 visas for executives and L-2 for their families. 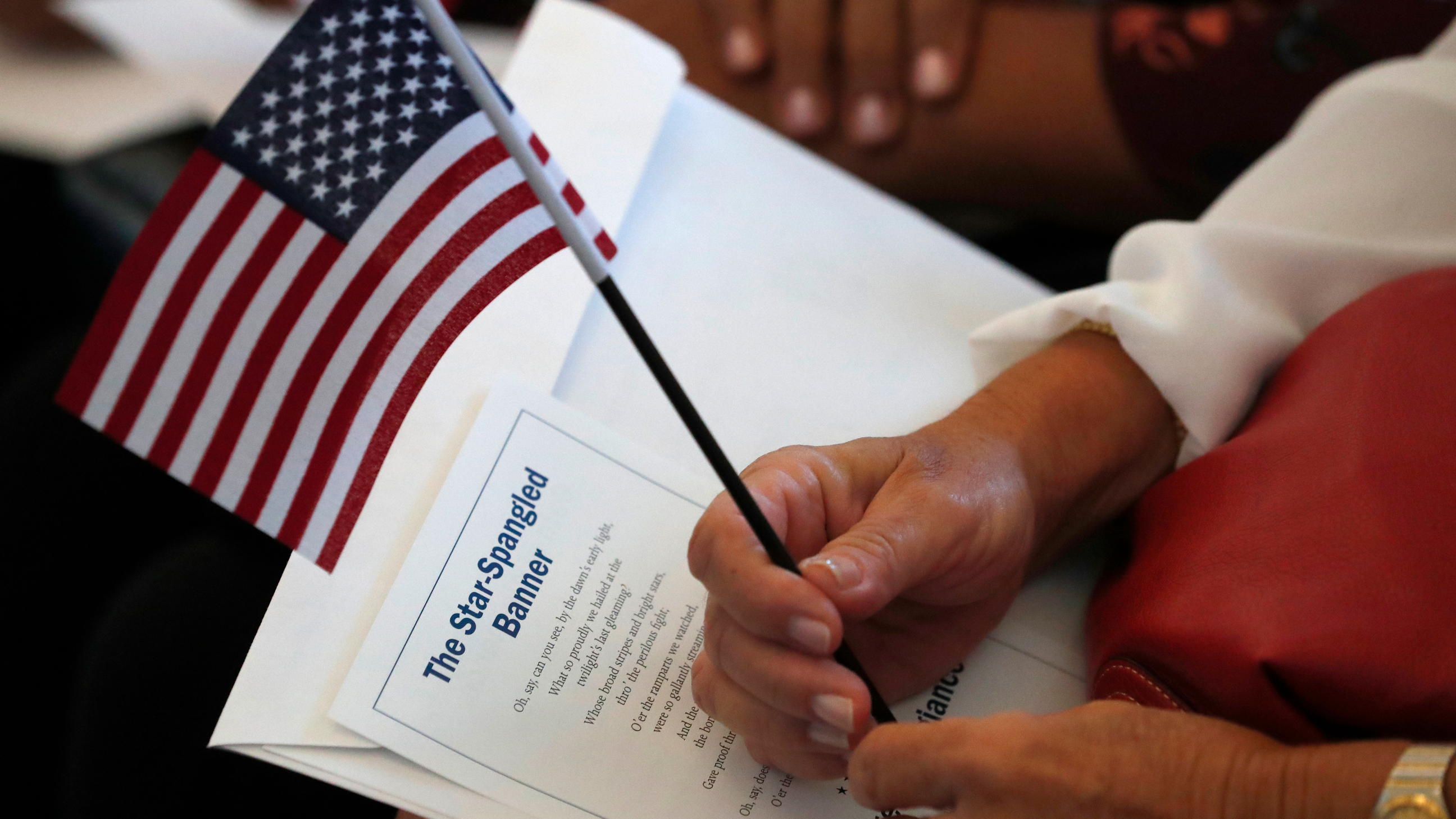 Existing visas holders are not expected to be impacted by the move.

The Trump administration claims these bans will help the economy recover from the COVID-19 pandemic by creating more jobs for Americans.

The visa freeze is set to take effect immediately but other restrictions must go through a formal process.

President Trump is facing criticism for the visa freeze, notably from tech firms.

According to the New York Times, the administration is also seeking long-term changes for asylum seekers getting work permits and changing the way people are awarded H-1B visas.

The administration is proposing a system that awards visas based on high salaries instead of by lottery.

No more than 85,000 H-1B visas can be given a year. Recipients must have "highly specialized knowledge" and at least a bachelor's degree. They often work in science, technology, engineering, teaching or accounting.