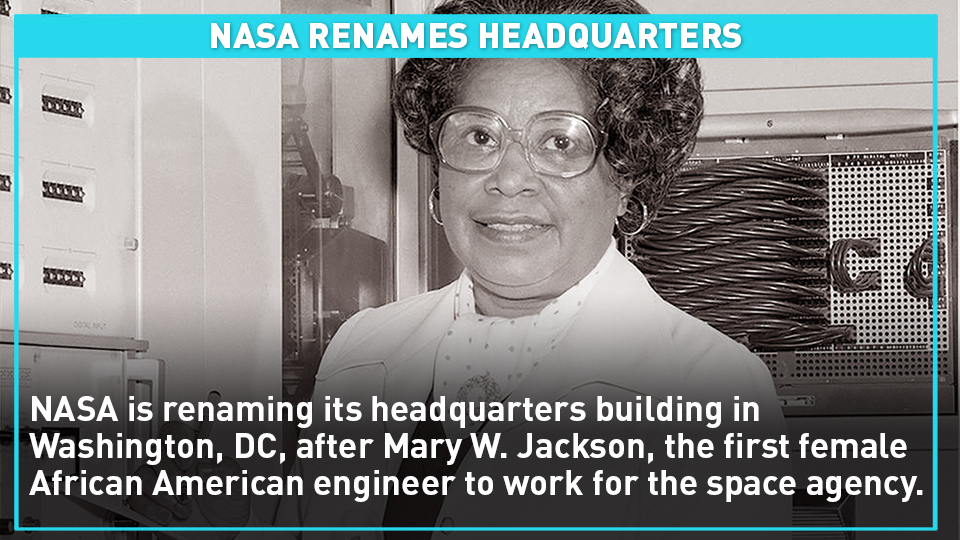 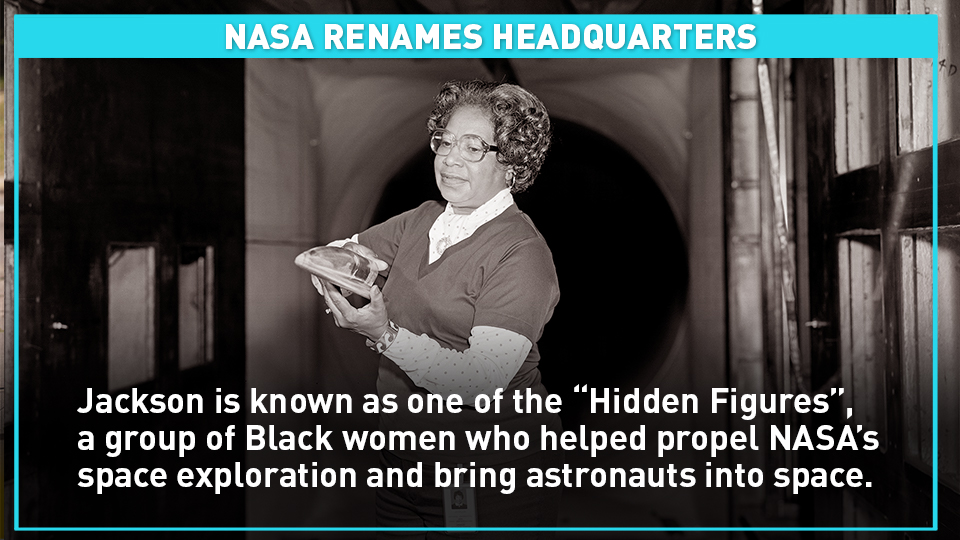 NASA is renaming its headquarters building in Washington, DC, after Mary W. Jackson, the first female African American engineer to work for the space agency.

Known as one of the 'Hidden Figures,' popularized in a 2016 movie, NASA Administrator Jim Bridenstine described Jackson as "part of a group of very important women who helped NASA succeed in getting American astronauts into space. Mary never accepted the status quo, she helped break barriers and open opportunities for African Americans and women in the field of engineering and technology."

Jackson started working for NASA in the early 1950s, when it was called the National Advisory Committee for Aeronautics.

She began as a research mathematician in a segregated computing unit, working under another "Hidden Figure," Dorothy Vaughan.

Her supervisor suggested she enter a training program to become an engineer, which she needed special permission to join because it was held at a segregated high school.

In 2019 she was posthumously awarded a Congressional Gold Medal.