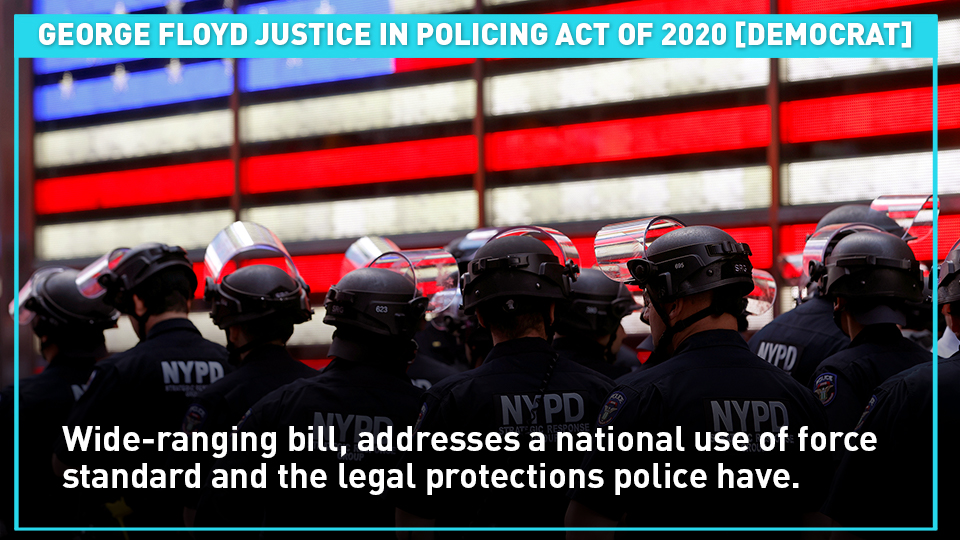 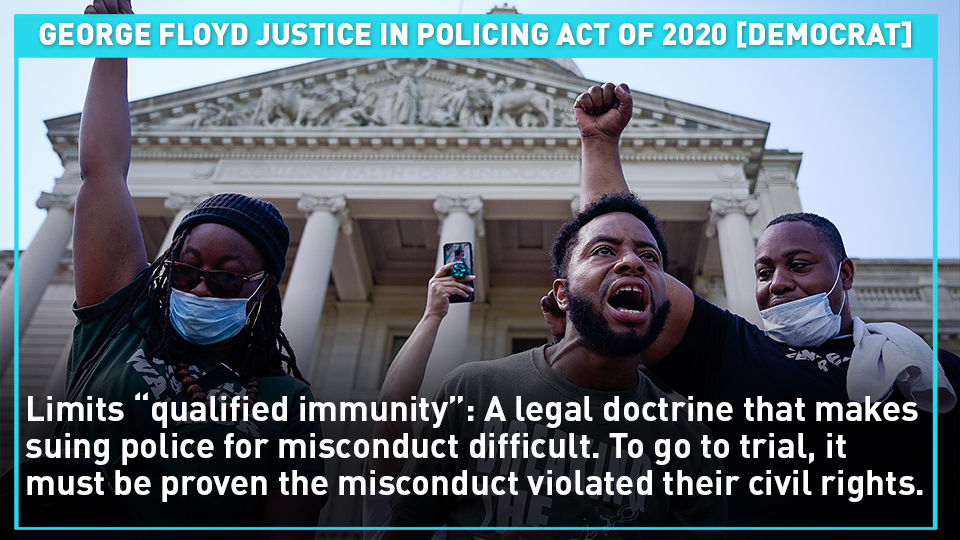 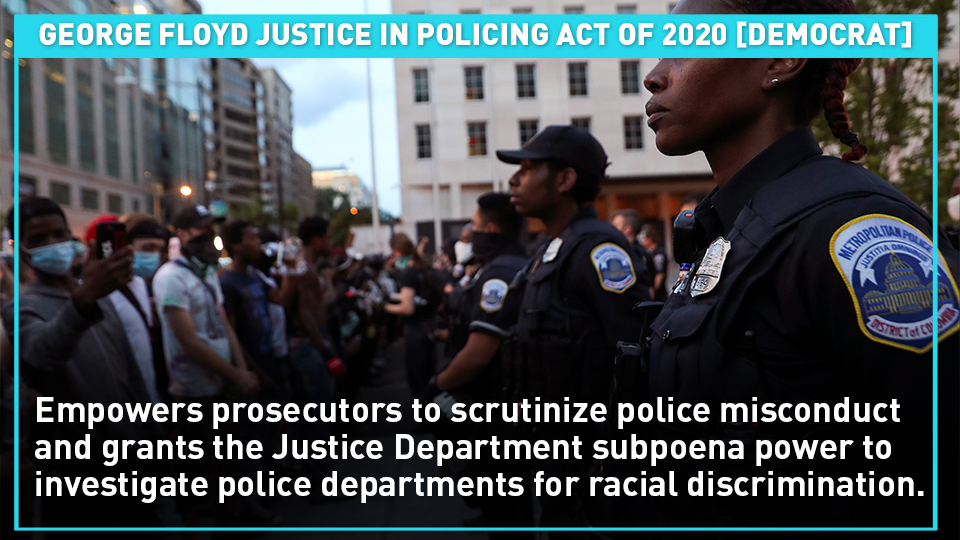 The U.S. House of Representatives is expected to pass a police reform bill named in honor of George Floyd, according to CNN.

Thursday's vote on the George Floyd Justice in Policing Act of 2020 is expected to pass along party lines with the Republicans rejecting it, CNN reports.

If the bill passes the House, it then moves to the Republican majority Senate where the bill has little hope of passage.

On Wednesday, Senate Democrats blocked a competing Republican bill, saying it was "not salvageable and we need bipartisan talks to get to a constructive starting point," according to the Vox.

Despite nationwide calls for police reform, the George Floyd bill has a slim chance of becoming law.

Congress is struggling to agree on how to address the issue and what changes need to be made.

What are the differences between the Democrat and Republican police reform bills and why can't Congress find common ground? 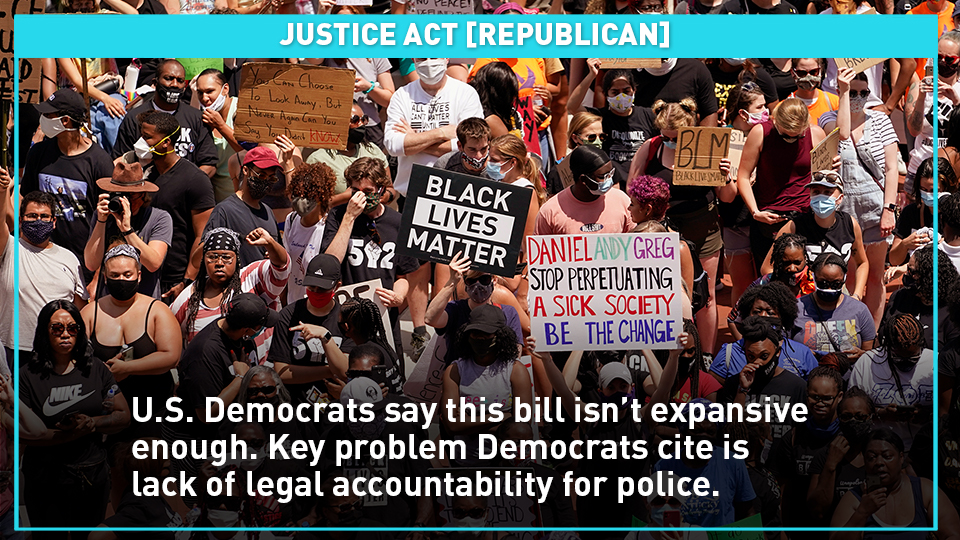 There is some overlap between both police reform bills.

But neither bills fully address the demands of protesters.

Congress has not addressed calls to defund the police and shift funding to social services.