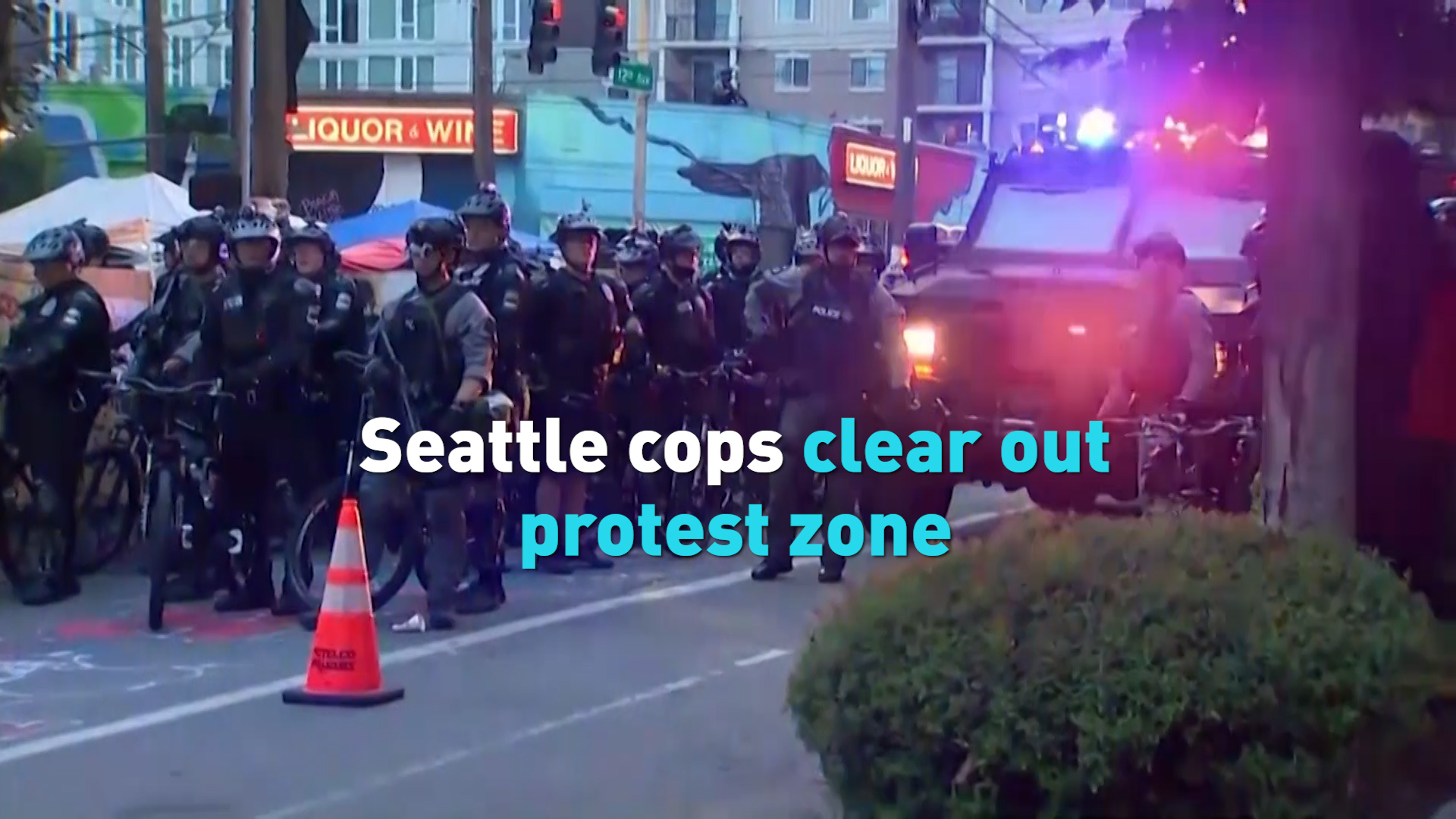 In the U.S. state of Washington, Seattle police have cleared out the Capitol Hill Organized Protest zone, known as CHOP.

People had been camping out in a several block areas following the killing of George Floyd, an unarmed African American, in Minnesota in May.

But increased violence, including two shooting deaths, has forced authorities to take action.