Countries cope with natural disasters amid the pandemic
CGTN 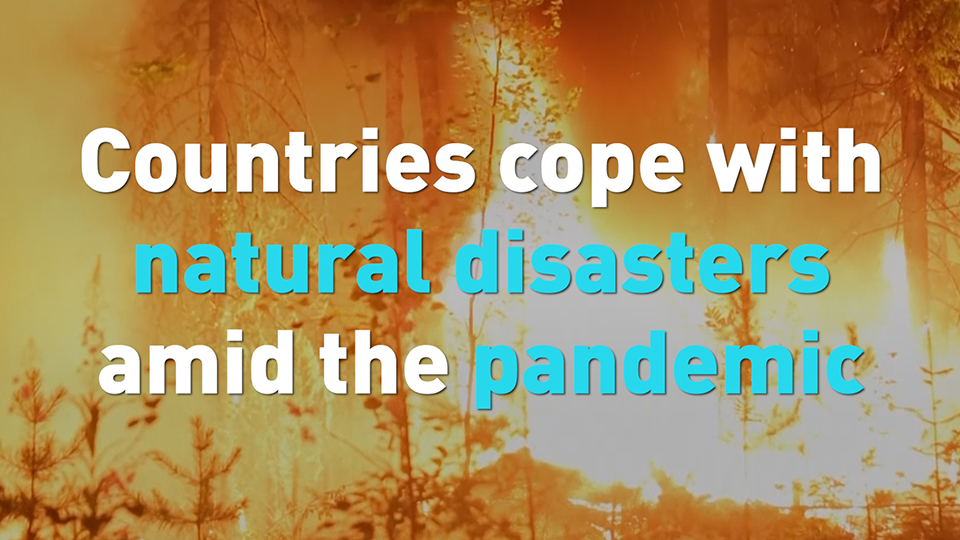 As the world continues to confront the coronavirus pandemic, a number of countries are also dealing with the consequences of natural disasters.

The water levels of more than 430 rivers in China have reached a danger mark since early June. 33 have hit historically high records.

As of Tuesday, nearly 55 million people were affected in 27 provincial-level regions, according to the Ministry of Emergency Management.

More than 150 people in north and central China have died in the floods.

Bangladesh is battling its "worst flood in a decade" and one third of the country is underwater now, officials said.

Flash floods have also hit the northeast Indian state of Assam as well as Nepal.

Almost four million people have been affected by monsoon floods in South Asia.

From March to July, Siberia has experienced large "zombie wildfires" caused by unprecedented heat in the Arctic.

Nearly 19 million hectares of forests, grassland and fields have burned across Siberia since January.

Scientists cite manmade climate change for temperatures that have reached 38 degrees Celsius or about 100 degrees Fahrenheit in Siberia.

The Amazon regions in Brazil also have seen a large number of recent wildfires.... earlier than normal.

The fire season typically runs from August to October.