What Beijing said about Alex Azar's visit to Taiwan
CGTN 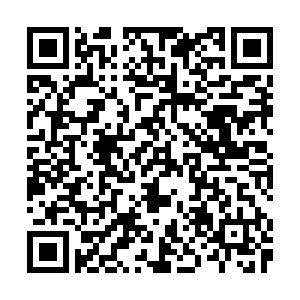 U.S. Health and Human Services Secretary Alex Azar is wrapping up a controversial three-day visit to Taiwan, even as Beijing says the trip violates the one-China principle. China's Foreign Ministry on Monday slammed Azar's Taiwan visit, urging Washington to stop official interactions and contact of all kinds, as well as the upgrading of substantive relations with the island.

"We urge the U.S. side to abide by the one-China principle and the provisions of three China-U.S. joint communiques, stop official interactions and contact of all kinds as well as the upgrading of substantive relations with the island, and handle Taiwan-related issues in a prudent and proper manner, so as not to seriously damage China-U.S. cooperation in major areas as well as peace and stability across the Taiwan Strait," Zhao Lijian, Chinese Foreign Ministry spokesperson said. According to Reuters, Azar, the top U.S. health official, told reporters that at Trump's direction, he and Secretary of State Mike Pompeo had sought to restore Taiwan's status as an observer at the World Health Assembly (WHA) during his Taiwan visits. Beijing said WHA can only be participated in by countries, not regions, and urged the U.S. to stop politicizing the issue and take more responsibilities in the global fight against the COVID-19 pandemic.

During his visit, Azar blamed China for the spread of the coronavirus which is something the Trump administration has repeatedly said. 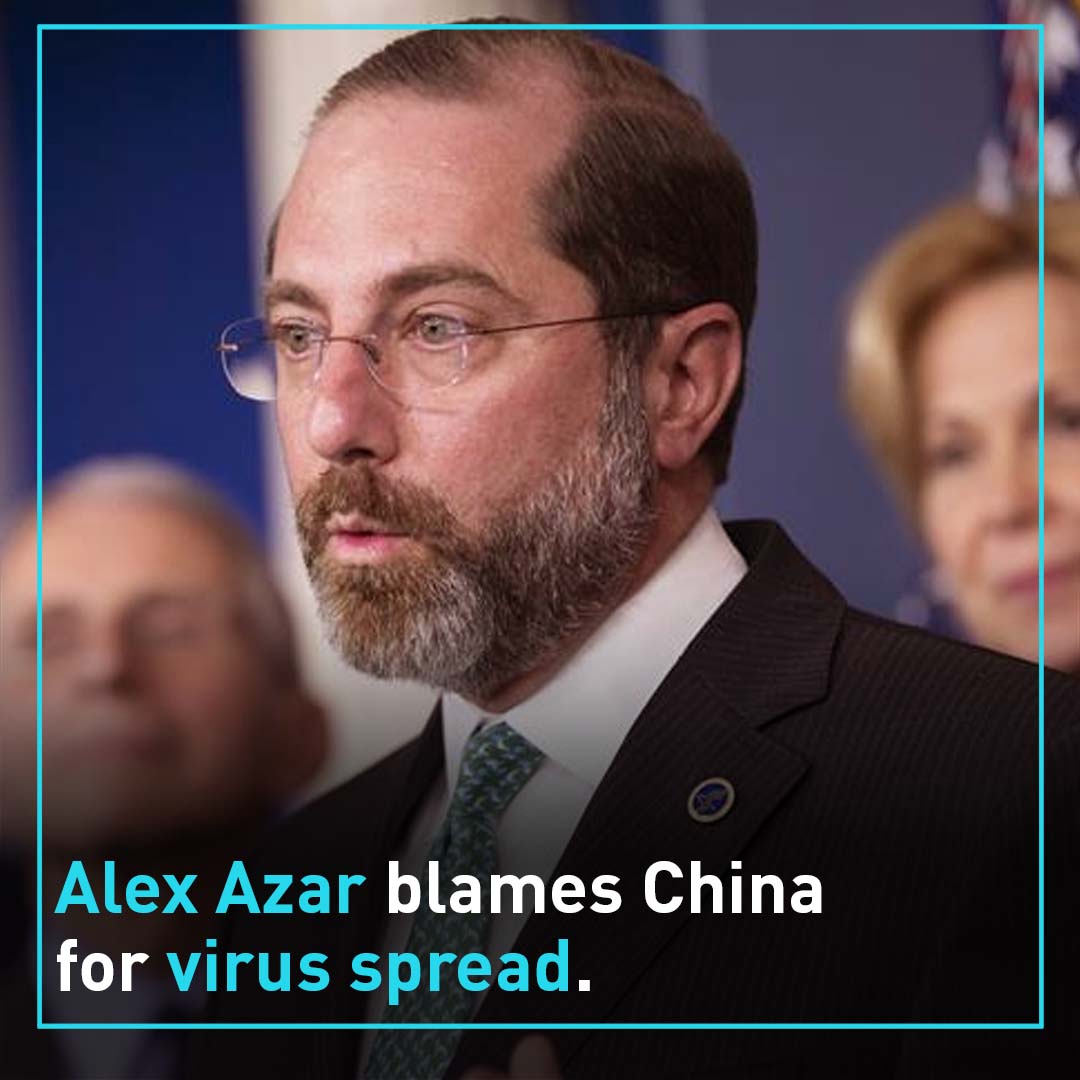 Trump has frequently called COVID-19 the "China virus" or "Chinese flu" in public.

China maintains being the first to report the virus does not mean that Wuhan is its origin. Back on February 11, the World Health Organization (WHO) officially named the pneumonia caused by novel coronavirus the Coronavirus Disease 2019 (COVID-19) on the basis of the 2015 Best Practices for the Naming of New Human Infectious Diseases.

It stipulates the naming of a disease should not be associated with a particular country or place.The origin of COVID-19 is still not identified. China believes source tracing should be based on science and studied by scientists and medical experts.

COVID-19 continues to spread across the U.S. Confirmed cases passed a grim new milestone of 5 million when U.S. Health and Human Services Secretary Alex Azar arrived in Taiwan on Sunday. 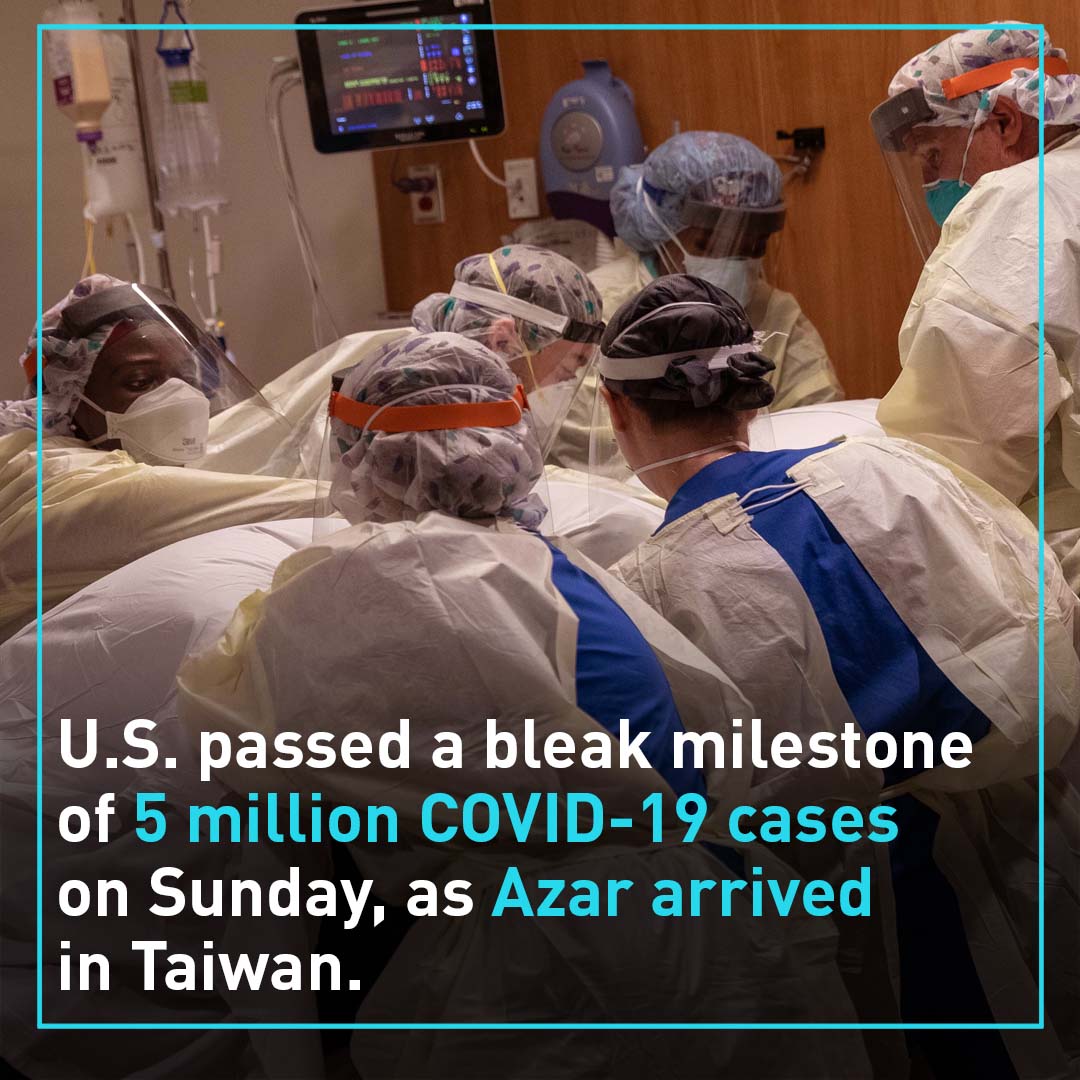 The United States has become the hardest-hit country after the global outbreak of the pandemic. 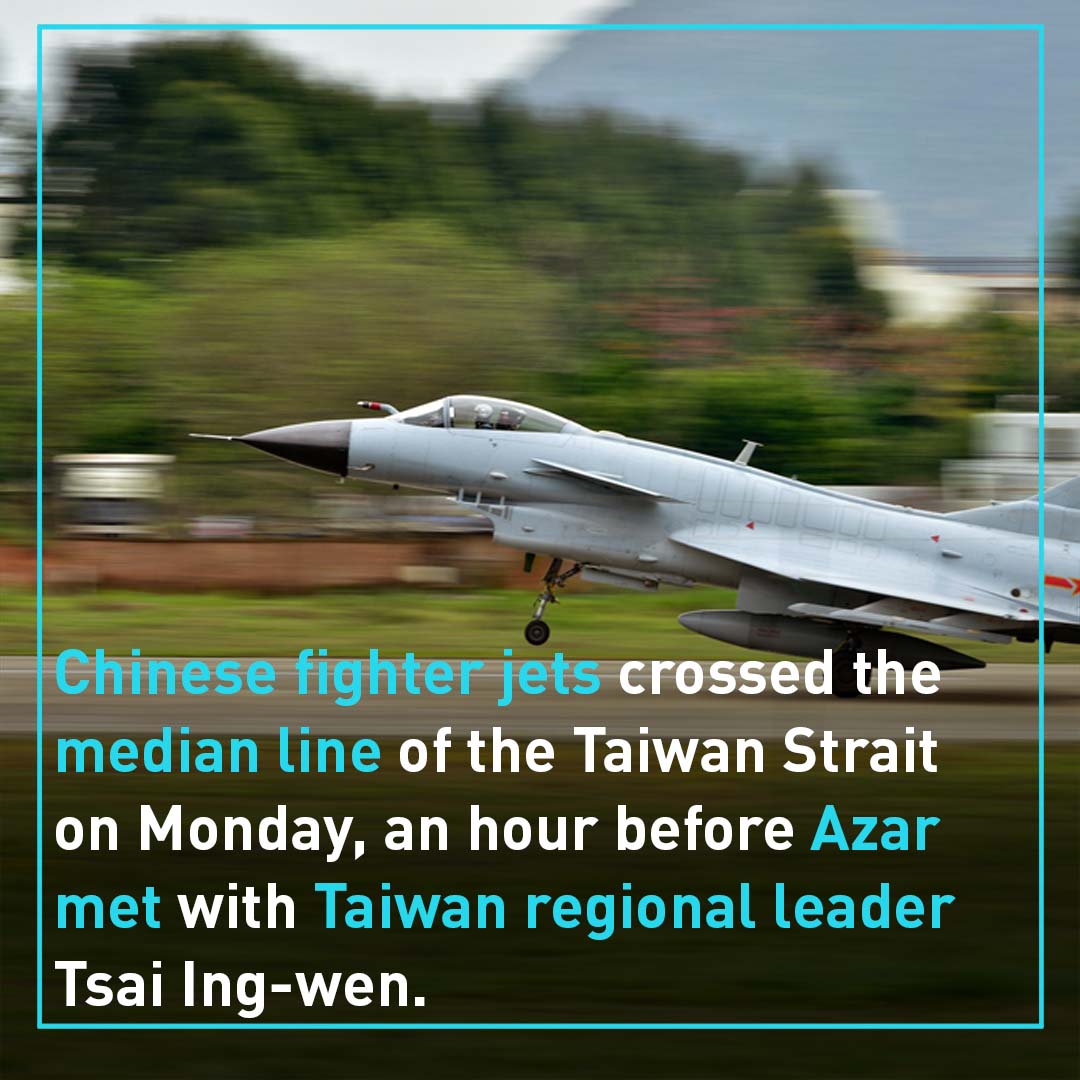 Xu Guangyu, a senior adviser to the China Arms Control and Disarmament Association, told the Global Times that Azar's Taiwan visit broke the bottom line and should be considered a serious provocation, and added the U.S. is attempting to sound out the mainland's reaction. If the mainland's response is weak, it will continue to provoke even further, according to the published report.

Azar is the highest-ranking cabinet-level U.S. official to visit Taiwan since 1979.

Washington and Beijing established formal relations back in 1979, and the U.S. has followed the one-China principle since then.

But, this is not the first time the Trump Administration has generated controversy over Taiwan.

Donald Trump angered the mainland and made waves in the international community back in 2016, when the president-elect had a phone call with Taiwan leader Tsai Ing-wen shortly after winning the U.S. presidential election.

His administration has also boosted arms sales to Taipei. Last year, a sale was approved just days before Tsai Ing-Wen traveled to the U.S..