As of Thursday, the United States' death toll from COVID-19 topped 186,0000 ​and cases surged past 6.1 million, according to Johns Hopkins University.

Hope for containing the disease is now largely placed in the furious pursuit of a vaccine. The U.S. Centers for Disease Control and Prevention (CDC) has asked state public health officials to be ready to distribute a potential vaccine by November 1. 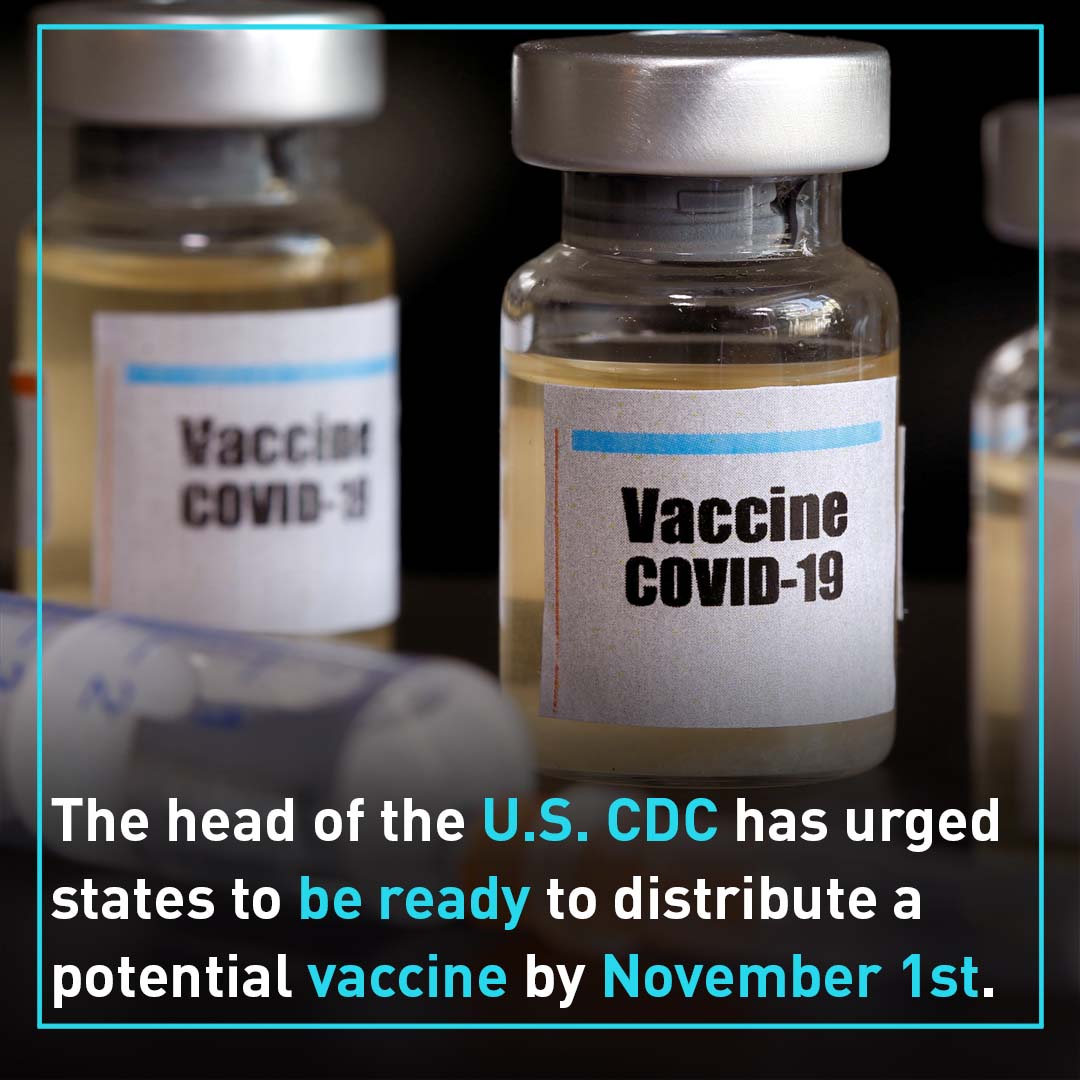 The New York Times is also reporting that the CDC is preparing for one or two vaccines for COVID-19 to be available in limited quantities as soon as late October.

The vaccines would be made available free of cost first to high-risk groups including healthcare workers, national security personnel, and nursing home residents and staff, according to CDC documents published by the Times.

This push has raised eyebrows, coming so close to the U.S. presidential election on November 3, and seemingly too soon for Phase Three clinical trials to have been completed. Some health experts worry the vaccine could be rushed by political concerns, not science. Dr. Soumya Swaminathan, WHO's chief scientist, warned Monday that rushing any potential COVID-19 vaccine to market could backfire. 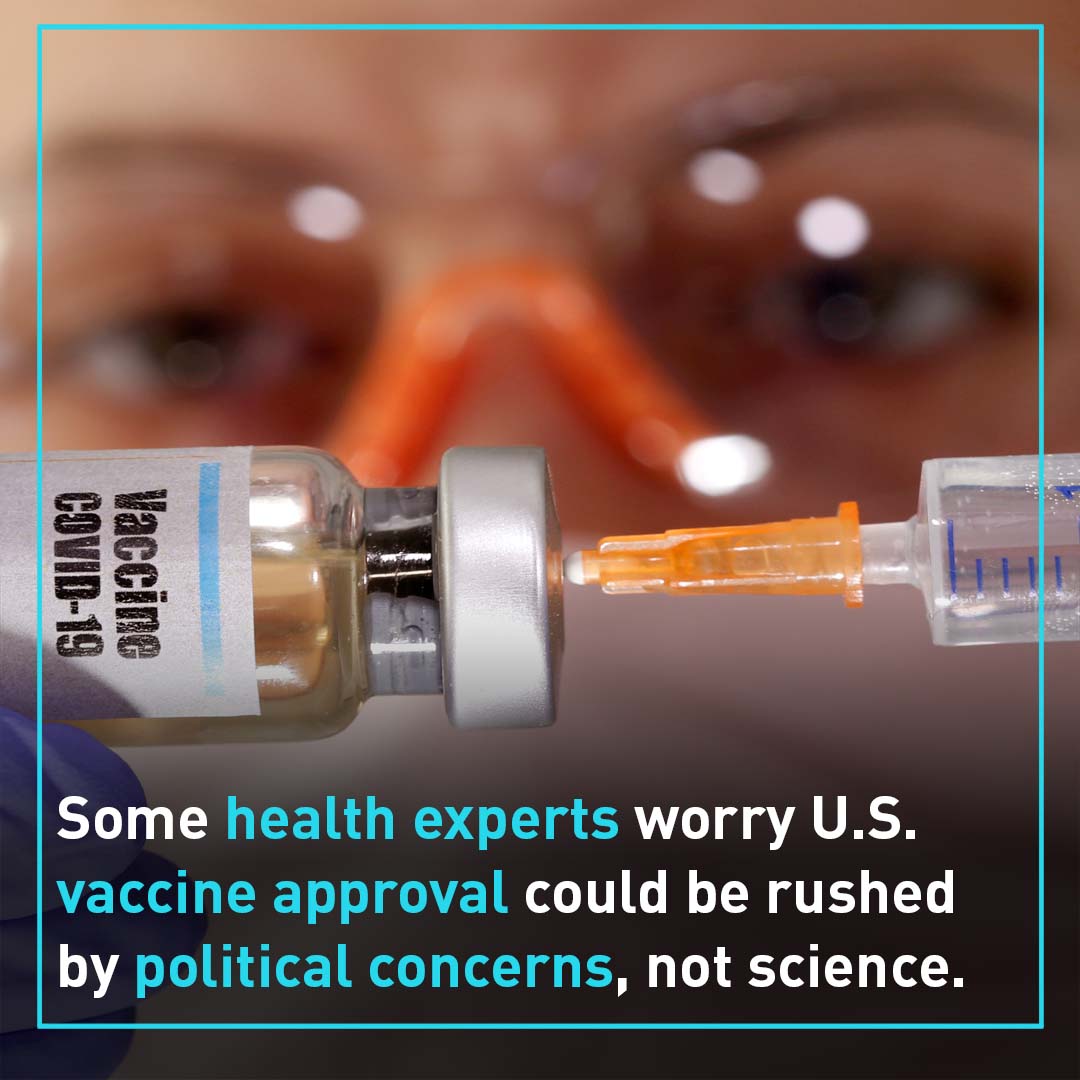 "The risk of approving a vaccine prematurely for use is that, first of all, it will make it very difficult to continue with randomized clinical trials and secondly, that there's a risk of introducing a vaccine that's inadequately studied and that might either turn out to have low efficacy, thereby not doing the job of bringing an end to this pandemic or even worse, to have a safety profile which is not acceptable," Dr. Swaminathan said.

But in his speech formally accepting the Republican nomination for his reelection last week, U.S. President Trump promised a vaccine was within reach.

"In recent months, our nation and the entire planet has been struck by a new and powerful invisible enemy. Like those brave Americans before us, we are meeting this challenge. We are delivering lifesaving therapies. And we'll produce a vaccine before the end of the year, or maybe even sooner. We will defeat the virus and the pandemic and emerge stronger than ever before," Trump said.

U.S. Health Secretary Alex Azar maintained in an interview with CBS on Thursday that a November target date for a vaccine has "nothing to do with elections." 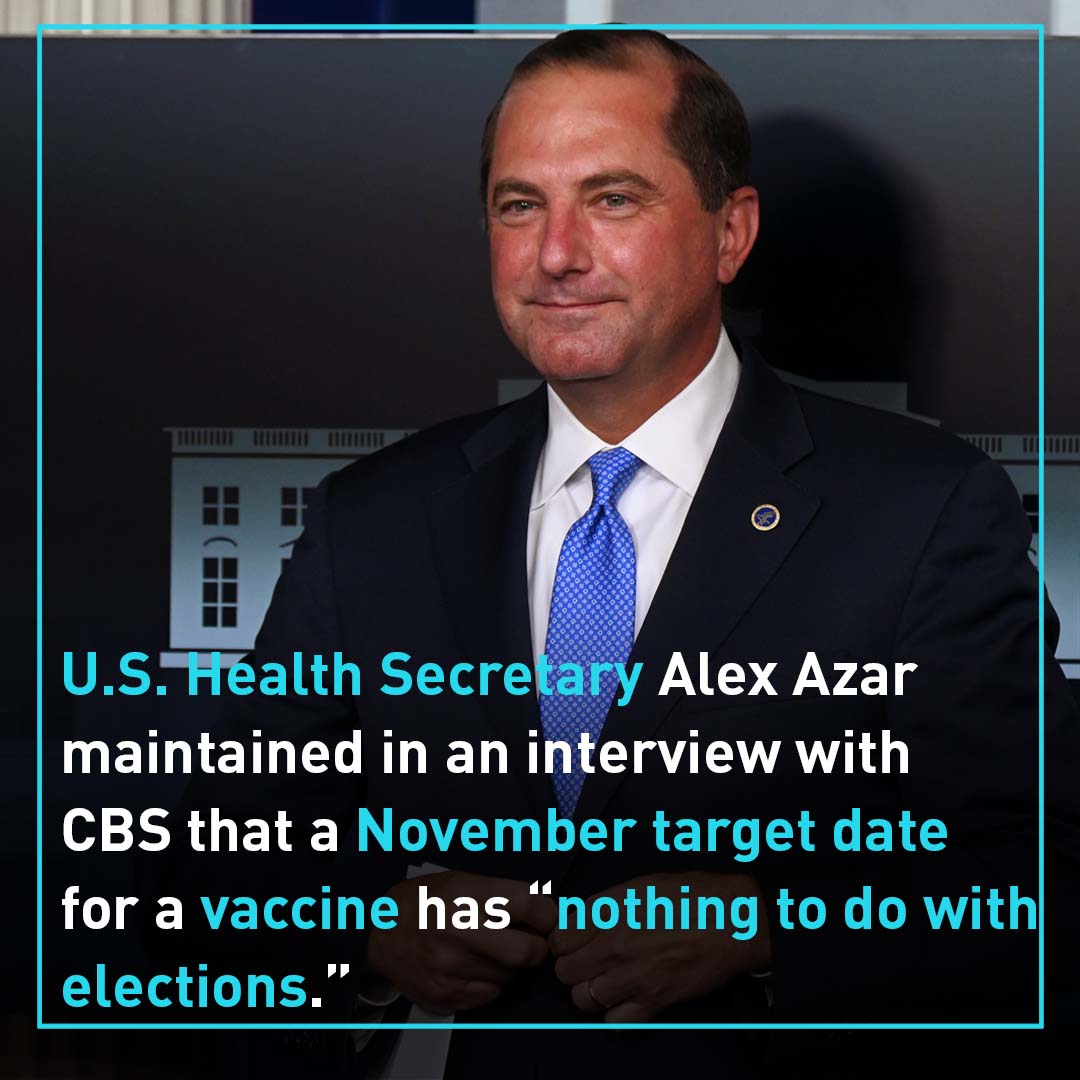 The Commissioner of the Food and Drug Administration (FDA), Dr. Stephen Hahn told the Financial Times that his agency could bypass the full approval process for a vaccine if a drug shows merit. He said, "The legal, medical and scientific standard for that is that the benefit outweighs the risk in a public health emergency." 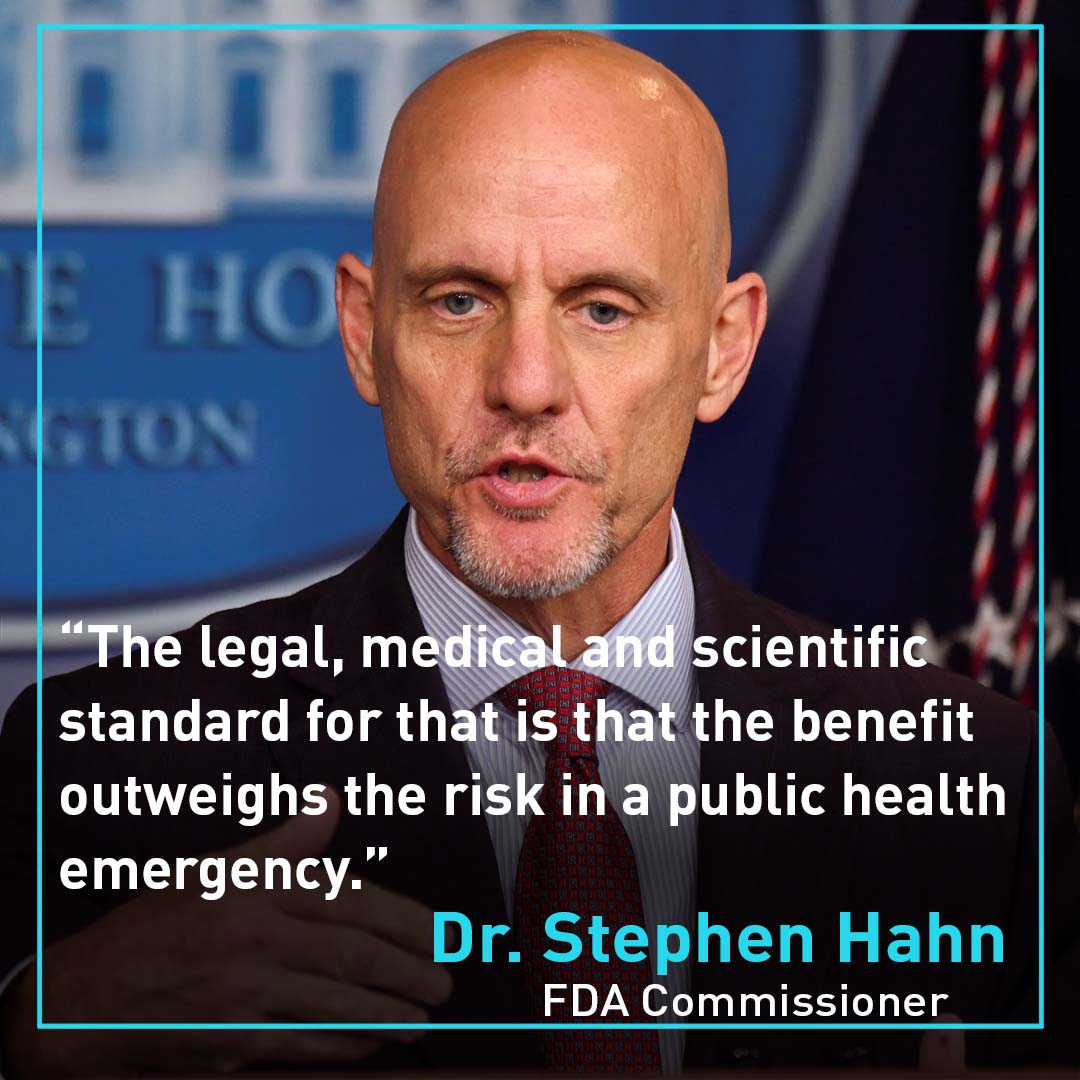 Meanwhile other nations like China and the UK continue trials for other potential vaccines in efforts that are more internationalized.

China is testing vaccines in Peru, Bahrain and other nations and has pledged cheap and easy access to nations especially in the developing world.

The U.S. says it will not participate in the World Health Organization's efforts to coordinate vaccine development and distribution on a global level, though Washington is pledging financial support to some countries through the WHO, the organization it says it is quitting due to unfounded allegations of corruption and mismanagement.