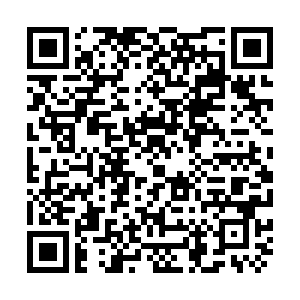 Christy Foust teaches high school science in Florida. She'd hoped to teach virtually this year, then discovered that wouldn't be an option.

"That first day when I came back and I was in my classroom and imagining what it would look like on campus with a thousand students and just seeing in my room that I would have 20 students in my room, there’s no way to socially distance," Foust said.

She decided to take a one-year unpaid leave of absence instead.

"It is protest," Foust said. "I'm withholding my labor from this. I do not feel that I can contribute my energy or my labor to what has been decided."

With schools now or about to be back in session, the reality of teaching during a pandemic has led many like her to speak out, even withhold their labor too, some permanently. 'Refuse to Return' groups, organized through Facebook, are now active around the country.

"We just all of a sudden went from hardly any people in our group to almost 10,000 now," said Tracy Campbell, a Colorado teacher and Facebook group organizer.

Campbell spearheaded a car rally in July to help bring attention to the safety worries among teachers.

"I felt like it was the first time I could really have a voice," she said.

There are a variety of concerns. Besides social distancing, teachers say there’s a lack of personal protective equipment in schools, a lack of good ventilation and cleaning supplies.

"One particular school district where they have been told our cleaning supplies were not here yet but here’s a legal sized paper you can use to put on their desks when they go to eat," said Jill Lewis, a Colorado educational consultant.

Teachers say they haven’t been adequately consulted, their complaints often ignored.
They say the mindset at some school districts going into this school year is full speed ahead.

"Hearing them talk about how great the first day was when on the other side I’m hearing my colleagues say that they’re going to their cars during lunch to go cry," Foust said.

Schools say lots of safeguards are in place and many parents join them in arguing that in-person rather than virtual education is critical. But at a time when coronavirus cases among children are outpacing the population at large, some teachers say it’s time to take a step back.

"The data’s just very clear that it's not good to have that many people in one place at the same time right now," Foust said.

Even if it means voicing their concerns in the streets, or sitting out the year.