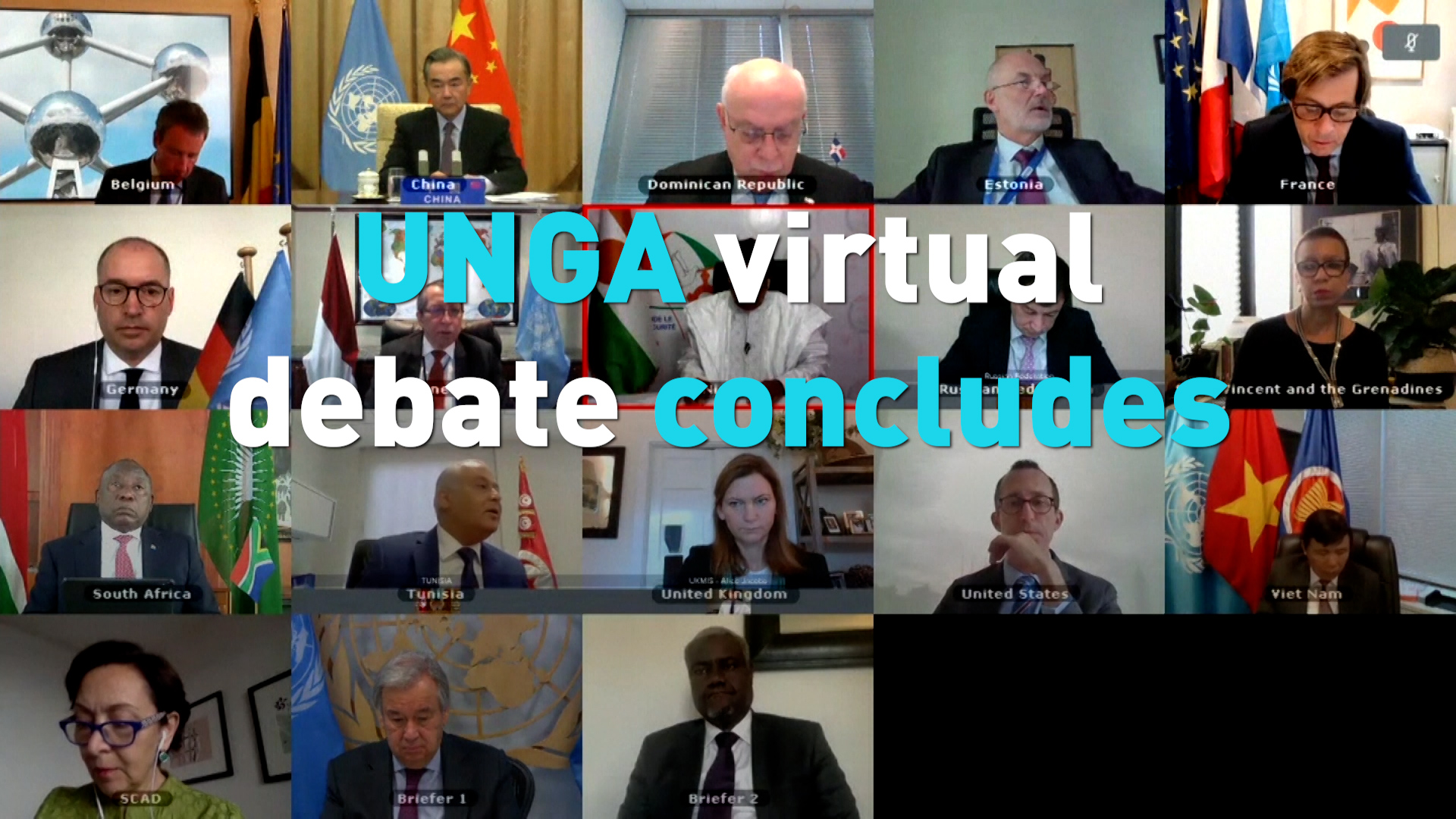 The General Debate of the 75th session of the UN General Assembly (UNGA 75) lowered its curtain at UN headquarters in New York on Tuesday on a positive note with the vast majority of world leaders and national representatives voicing strong support for multilateralism and the United Nations.

"Through their virtual presence, our political leaders have demonstrated their commitment to multilateralism and the United Nations. The vast majority confirmed this commitment in their speeches," Volkan Bozkir, president of the UNGA 75, told the closing ceremony of the virtual summit.

"Many recognized that multilateralism presents the most effective system to address global challenges, such as the (COVID-19) pandemic and climate change," said the UNGA president.

Noting that the meeting "has been substantive and exceptional" and for the first time in the history of the United Nations, global leaders were not able to be here in person, Bozkir stressed that "this did not prevent multilateralism from operating at the highest levels."

"Heads of States, Heads of Governments and Ministers laid down a complete agenda, which not only supports the priorities I laid down, but also provided enhanced guidance, on steps needed to overcome the challenges we face," he said. "The added feature of introductory remarks by Permanent Representatives was pioneering and maintained the spirit of the occasion.

"While sovereign countries can undertake actions as they deemed fit, leaders were clear that solutions, in an interdependent and interconnected world, can only come from multilateral actions, with the UN at its center."

The UNGA president expressed the hope that in the coming year and months ahead, he will "strongly rely on" the member states and their leaders to support him in this regard.

Urging member states to "stay positive and look at the bigger picture," Bozkir also called for "greater solidarity" and "stronger international cooperation and coordination" amid the COVID-19 outbreak.

"Every member state referred to the catastrophic consequences of this disease in their remarks. There was clear recognition that a disease that ignores global borders requires a solution that delivers for us all. And that we all experienced challenges arising from the pandemic," said the UNGA president.

"Unilateral actions have failed to halt its spread," he noted, stressing that significant efforts are needed to combat the current pandemic and prepare for future health shocks.

Referring to climate change and action, Bozkir welcomed the steps taken by many member states in enhancing nationally determined contributions ahead of COP26 (UN Climate Change Conference in Glasgow) next year, encouraging more to follow.

"The pandemic has diverted resources and attention," he said. "But climate change is still the greatest long-term threat to humanity. As fires rage, sea levels rise, and biodiversity is lost, there is even greater urgency in pursuing our climate goals and integrating them in our plans 'to build back better from the pandemic.'"

The presiding officer also called for peace and concrete actions in implementing peace deals amid various conflicts around the world.