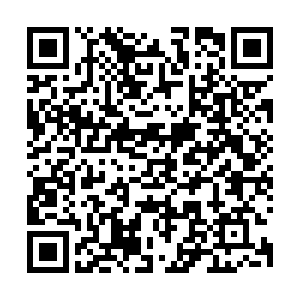 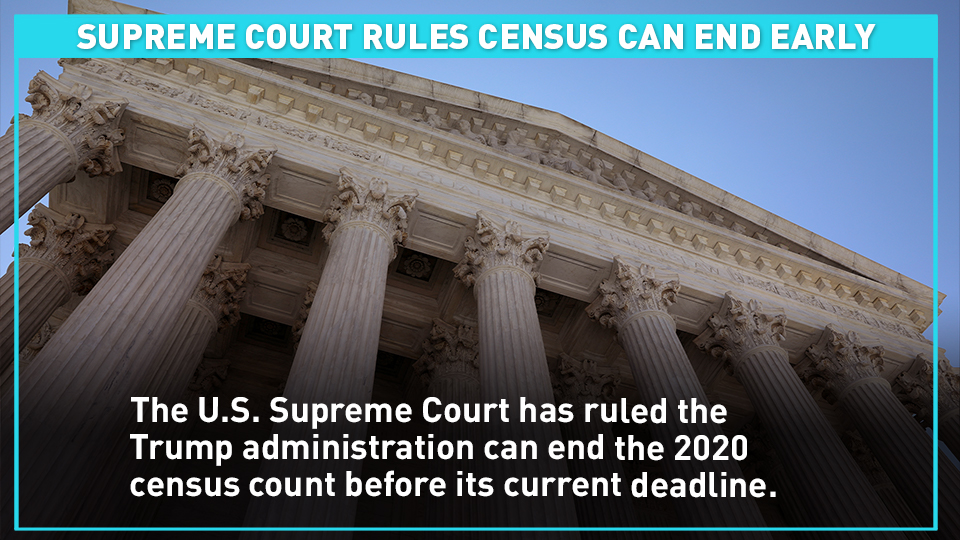 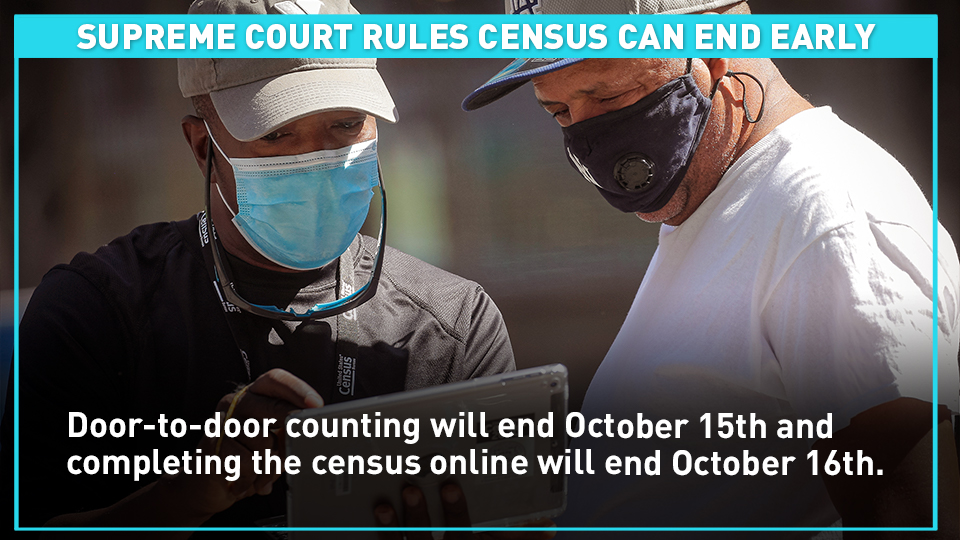 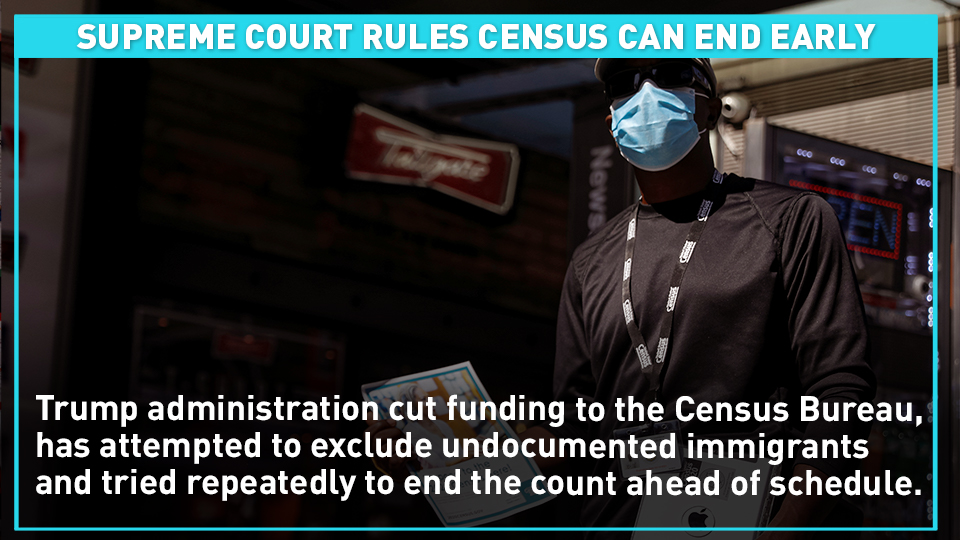 The U.S. Supreme Court has ruled the Trump administration can end the 2020 census count before its current deadline.

Justice Sonia Sotomayor was the only justice to dissent.
"The harms associated with an inaccurate census are avoidable and intolerable," she wrote.

The 2020 census became a controversial political topic this election year. The Trump administration cut funding to the Census Bureau. It has attempted to exclude undocumented immigrants and tried repeatedly to end the count ahead of schedule. Earlier this month, a federal judge issued an order stating the census could continue counting through the end of October.

The COVID-19 pandemic also brought unprecedented problems with this year's population count. Coupled with roadblocks from the U.S. government, experts fear the census will be inaccurate and impact communities that already struggle with insufficient resources and representation. 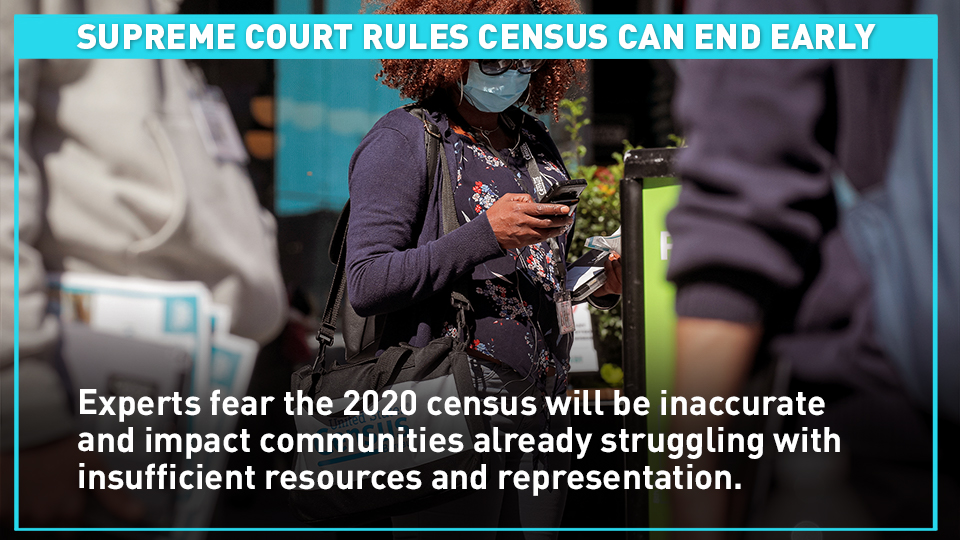 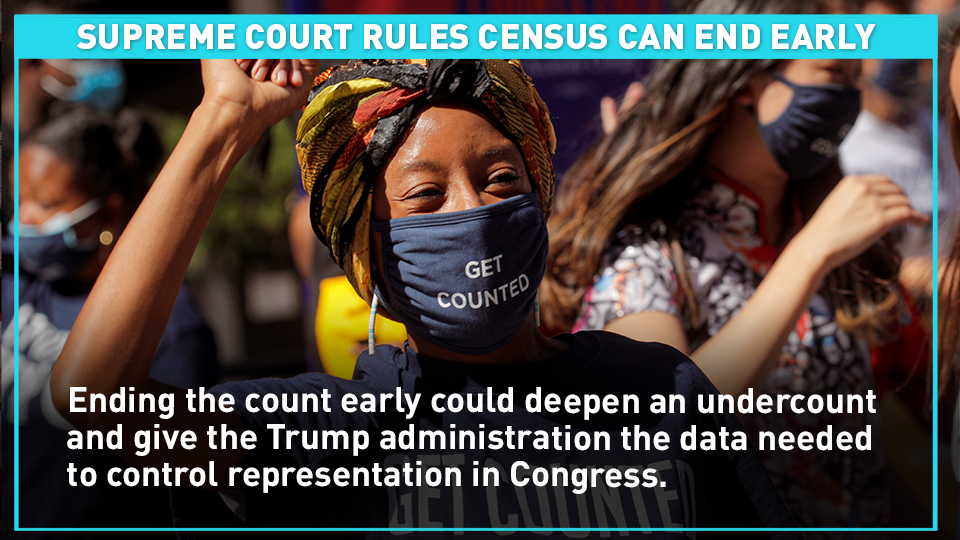 The goal of the census is to essentially count how many people live in a community. It's done every 10 years, and the data from the count determines how many congressional seats each states get in the House of Representatives and how much federal funding communities receive for education, healthcare and other public services.

By ending it early, the New York Times reports, White House officials could use that data to their advantage.

Minority groups and poor and young people who move frequently are often left out of the census or undercounted because they can be difficult to reach. These groups tend to live in urban areas that are often represented by Democrats. Ending the census early could deepen an undercount and "dilute" Democratic political representation, according to the New York Times.

Because of COVID-19, the Census Bureau had previously received extensions for completing the count and turning in results.

The deadline for finishing was pushed from the end of July to the end of October.

With the Supreme Court ruling, experts are not only concerned with undercounting and the politicization of the census but also an increase in distrust toward the bureau. Some are questioning the quality of this year’s results and whether they can be trusted.