COVID rates down in California, as state with largest economy in U.S. reopens
Ediz Tiyansan 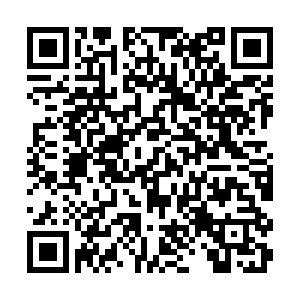 California is among the few states with some of the lowest numbers in COVID-19 positivity rates and hospitalizations.

The governor has announced more counties will be allowed to advance in their reopening process, but experts warn the coming months could spell trouble.

Steve Machuca was compelled to get creative in order to stay in business, taking his fitness equipment out on to the pavement and offering classes outdoors. His facility still continues to operate, although in limited capacity.

"So we’ve been able to use what we have here at the entrance of the gym, and also part of the sidewalk. That’s how we are able to operate at a much smaller capacity but we’re making it work and it’s so much better than being shut down," Machuca said.

More than a dozen counties in the state, including Los Angeles, are still in the top tier and far from allowing indoor services, but, overall, the numbers are declining.

California Governor Gavin Newsom said that hospitalizations in the state have decreated 8 percent over a two-week period and there's been decreases in ICU admissions.

These results have allowed a few more counties to resume indoor operations in a limited capacity.

"I think it’s just a reaction to everyone actually wearing masks, that’s the best thing we can do right now," said California resident Bella Aman.

The latest numbers are considered good news for California, but local health officials warn the workplace outbreaks and public gatherings still continue to play a negative role, and they are particularly concerned about the approaching holiday season.

Experts point out that each holiday week has been followed by an uptick in the number of coronavirus cases.

"It seems that every time we get to this point where it’s looking good, we start liberalizing you know the opportunities for social gathering, or well, opening things up and then you know you’ll see the trends could reverse," said Dr. Brad Pollock, Associate Dean for Public Health Sciences and UC Davis School of Medicine.

"A lot of the reversals that we’ve seen in California were really related to holidays and holiday weekends, and it started with Memorial Day weekend where things were going quite well, and then we had a surge right after that."

The nation’s largest economy is taking baby steps in its recovery efforts.

But medical experts say it's all about the precautions residents take for the holiday season that will determine the timeline for a continued reopening.