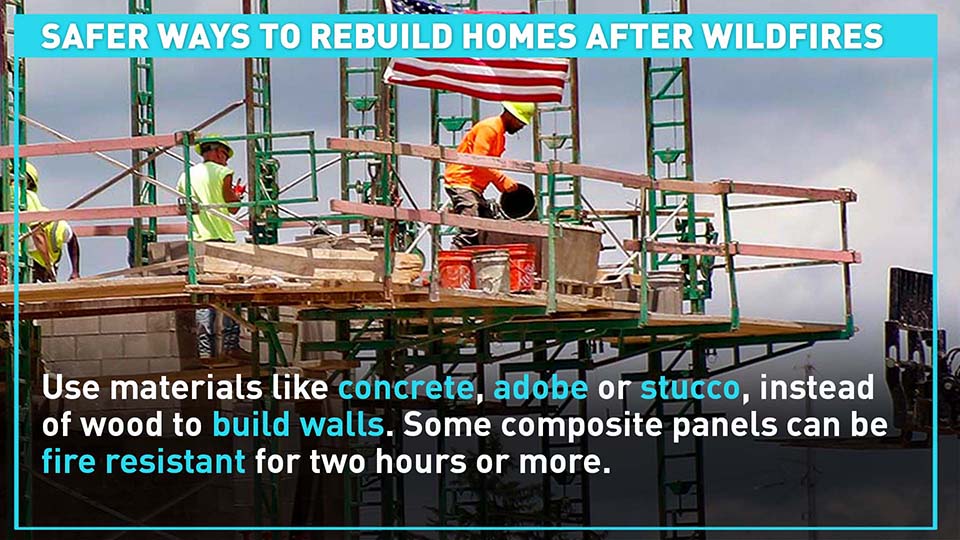 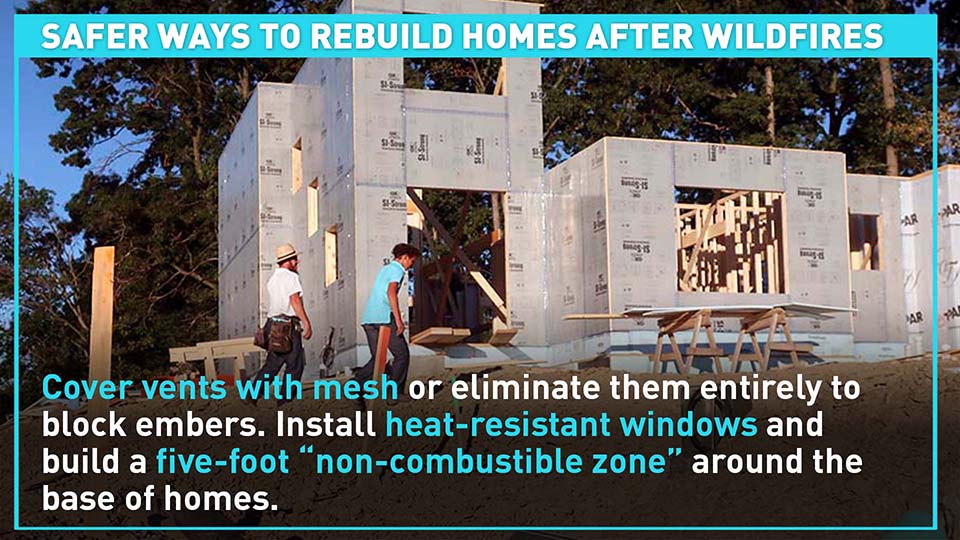 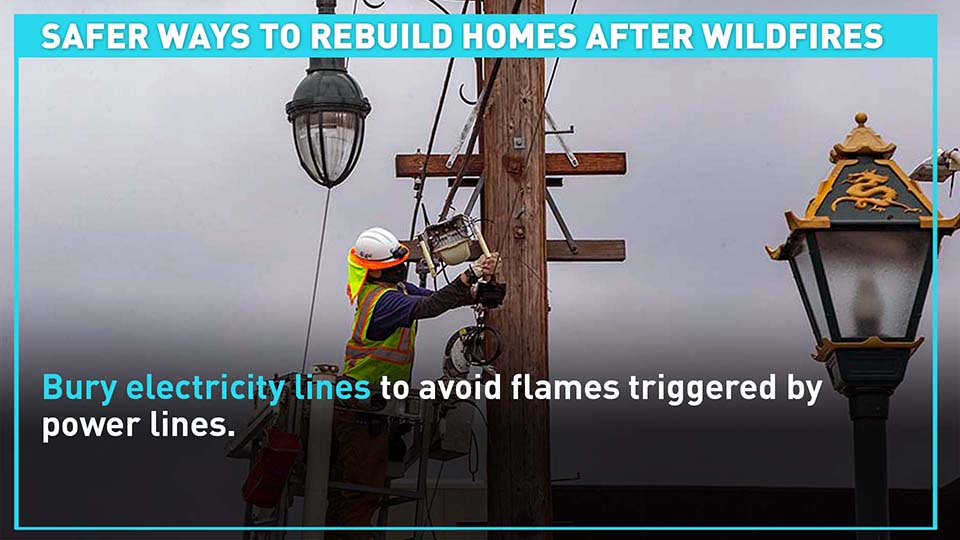 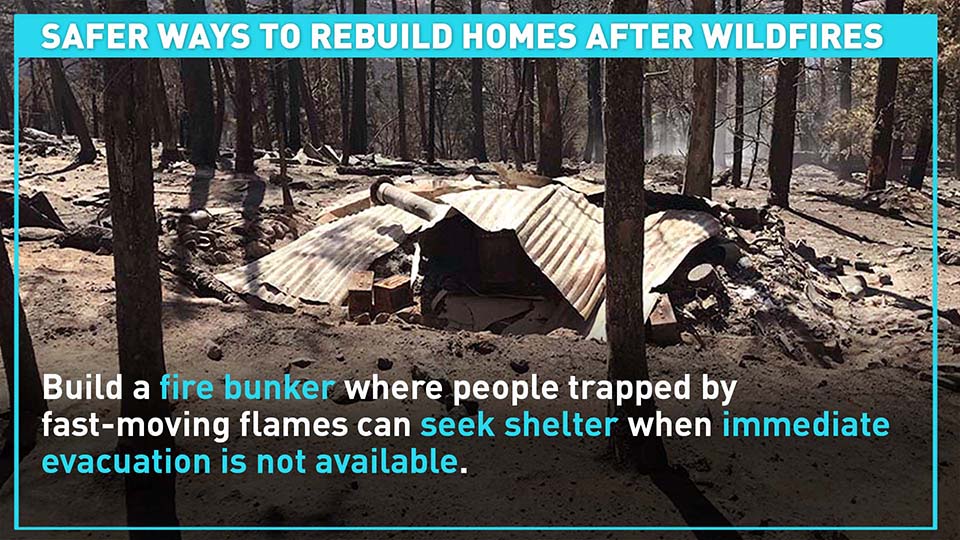 (Scroll to the right to see more)

Wildfires are common in many western areas of the United States, typically from August to November. But this year's fires are especially intense due to a combination of warm temperatures, high winds and low humidity.

According to the National Interagency Fire Center, there have been nearly 46,000 wildfires through mid-October across the U.S. that have burned more than 3.2 million hectares of land well above the average. The fires have killed at least 35 people and destroyed more than 9,200 structures in California.

In the face of more frequent and severe fires in the U.S., builders are coming up with designs to help homeowners.

Here are some suggestions from industry experts.

Use materials like concrete, adobe or stucco, instead of wood to build walls. Some composite panels can be fire resistant for two hours or more.

Cover vents with mesh or eliminate them entirely to block embers.

Install heat-resistant windows and build a five-foot "non-combustible zone" around the base of homes.

Build homes near water as well as agricultural lands, vineyards and golf courses which can serve as buffers to stop fires.

Build a fire bunker where people trapped by fast-moving flames can seek shelter when immediate evacuation is not available.