Voices from Kenosha, Wisconsin on the 2020 U.S. election
Dan Williams 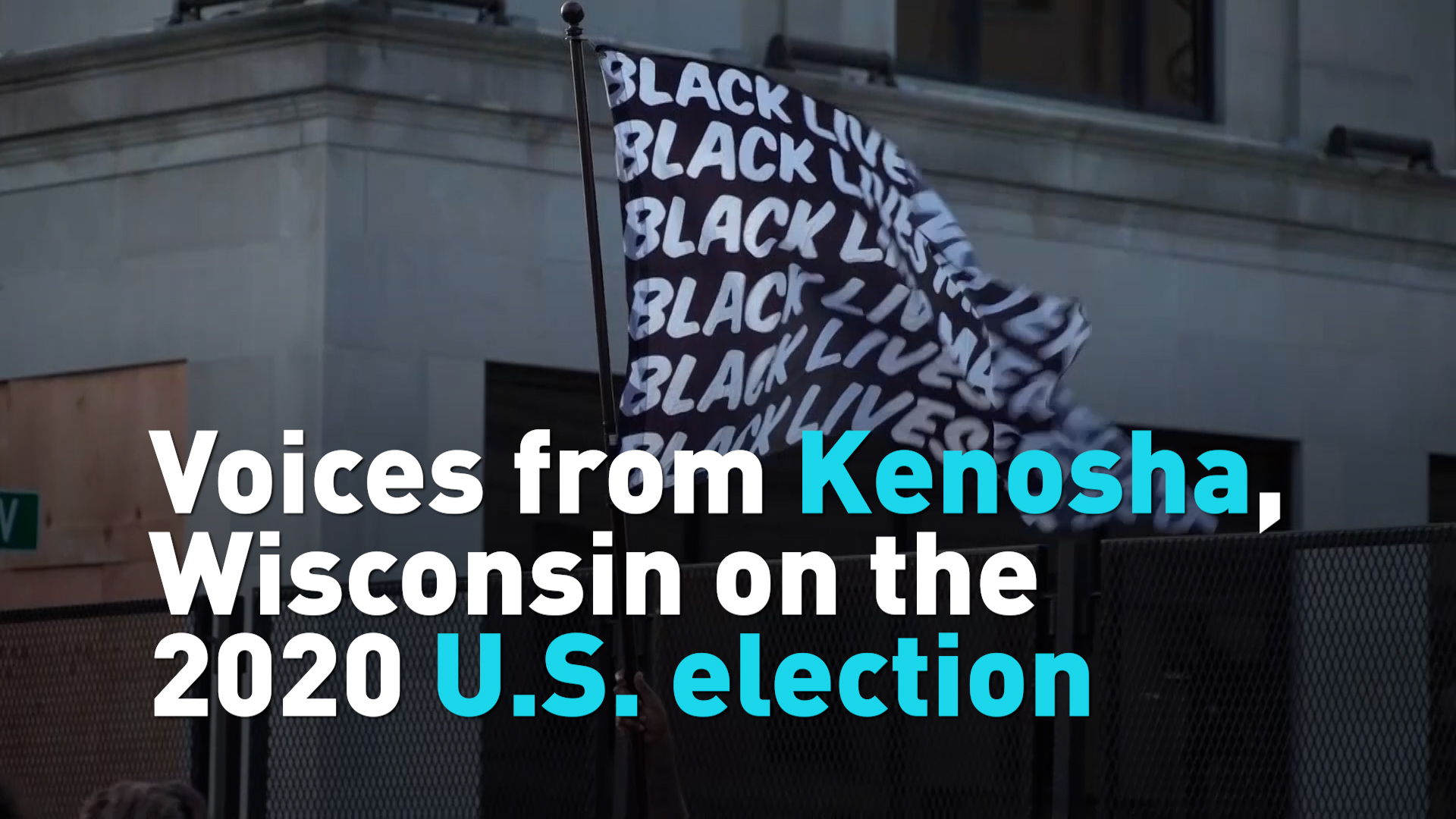 The residents of Kenosha in the U.S. state of Wisconsin have faced a heartbreaking summer when the city was thrust into the international spotlight after a Black man, Jacob Blake, was shot multiple times by a white police officer.

CGTN talked to community leaders on how they are coping ahead of the U.S. presidential election.

Alvin Owens operates two barbershops, one in Chicago and this one in Kenosha, ​Wisconsin.

Owens is also a community leader in Kenosha, a city still reeling after events in August saw Blake shot and left paralyzed from the waist down.

The shooting prompted protests that in turn led to clashes with police.

Although the protests for justice continue, the media spotlight on Kenosha has dimmed.

But with the U.S. presidential election fast approaching, we asked Owens to invite other community leaders to his barbershop to discuss recent events.

Porche Bennett made headlines after she decided to go off script at a town hall event in the city ​for the Democratic challenger to Donald Trump, Joe Biden. For nearly five minutes she shared with Biden the pain of her experiences in the city.

"It has been a positive but also a major negative as I am a mother before I am anything. At the beginning of all of this, it was death threats. I couldn’t stay home. Had to stay at a hotel," Porche Bennett said.

"And then I literally had to lose contact with all family and my major issue was losing contact with my children in fear of someone finding them you know. But the positive is them seeing me do this. Having this positive of mummy out there fighting not just for them but all of these babies."

Gregory Bennett Jr is the CEO of Peace in the Streets, another community group in Kenosha.

On the to-do list for the next president, he wants some focus on alleviating the heavily disproportionate number of African Americans in U.S. prisons.

"First prison reform. You need to realize that Wisconsin is the number one state in the United States for incarceration for African American males. Reminder, Jacob Blake got shot here. You want to start fixing systemic racism, start with the prisons," Gregory Bennett Jr. said.

"We need re-entry programs. We need to help these men to get back into society. Obama can’t reach a kid on the street. He ain’t trying to hear what Obama is trying to say in Chicago. That is not happening. But a brother who has been there and done that has a better chance at it," Smith said.

And then there is the challenge of getting justice for Blake. They expect that fight will continue regardless of ​who wins the election.