Democrat Joe Biden was declared winner of the U.S. presidency on Saturday after claiming victory in both Pennsylvania and Nevada with 290 electoral votes, according to AP.

In his first statement after claiming the victory, Biden, 77, said he was "honored and humbled" to be trusted by Americans to let him lead the country. He vowed to "be a president for all Americans – whether you voted for me or not."

"In the face of unprecedented obstacles, a record number of Americans voted. Proving once again, that democracy beats deep in the heart of America," Biden said. "With the campaign over, it's time to put the anger and the harsh rhetoric behind us and come together as a nation…We are the United States of America. And there's nothing we can't do, if we do it together," Biden said.

Biden's projected victory came after four days of nail-biting suspense over the outcome of Tuesday's election, with the counting of votes in a handful of battleground states still going on thanks to a flood of mail-in ballots.

Biden was scheduled to deliver an address to the nation at 8:00 p.m. (0100 GMT) on Sunday from his hometown of Wilmington, Delaware.

Biden was "rushing to falsely pose" as the winner, Trump claimed, "This election is far from over," he continued in a statement on Saturday as he arrived at a golf course he owns in Virginia, in his first trip outside the White House since Election Day.

The total vote count for Trump remains at 214. He refused to concede the election, saying "the simple fact is this election is far from over" in the statement and vowed to start "prosecuting our case in court to ensure election laws are fully upheld", as soon as Monday. There is no evidence to support Trump's unprecedented claims of mass fraud. Tuesday's polling went off without any reported serious incidents or even technical glitches, despite being held in the shadow of a still out-of-control COVID-19 pandemic and volcanic political tensions.

With vote counting nearly complete around the country, Biden built up an insurmountable lead. New tallies from the state of Pennsylvania early Saturday put him over the top, ending four days of tense waiting and allowing the TV networks' specialized data analysts to call the overall result, as they do for every election.

Crowds took to the streets in major cities across the United States in celebration of Trump's defeat.

In Philadelphia, Los Angeles, Washington D.C. and other cities, people poured spontaneously into the streets to celebrate, with car horns honking.

An excited crowd of several thousand gathered on Black Lives Matter Plaza avenue next to the White House, giving a hostile reception to Trump as his motorcade passed nearby on return from the golf course. 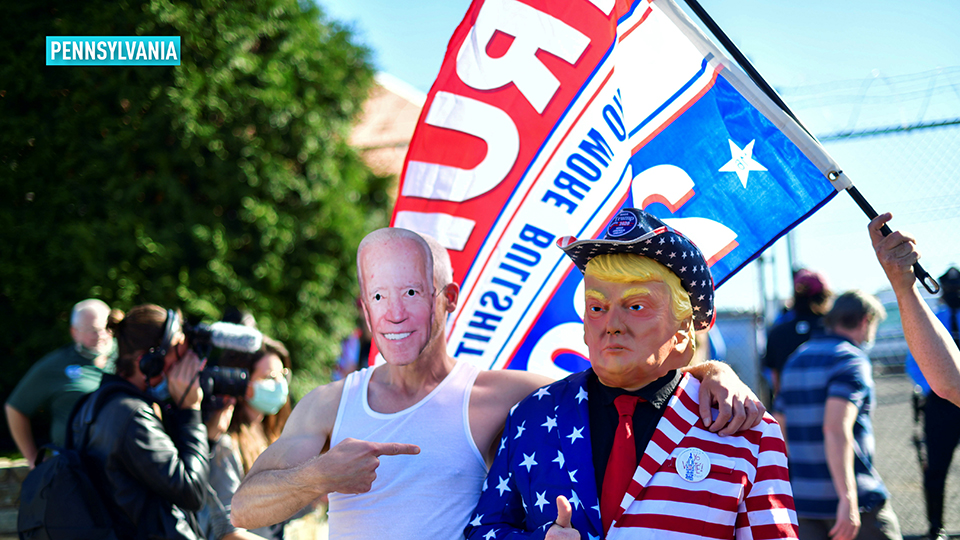 (Scroll to the right to see more)

Biden supporters flocked to the streets in many U.S. cities to celebrate the winning moment, while Trump's supporters continued to protest across the country.

Canadian Prime Minister Justin Trudeau was the first foreign leader to congratulate Biden after the U.S. media projected him as the winner of the U.S. presidential election, followed by more world leaders including those from Britain, Egypt, Germany, Greece, Ukraine, and the NATO. And Egyptian President Abdel Fattah al-Sisi was the first leader from Arabian countries to respond on Biden's projected victory, according to media reports.

German Chancellor Angela Merkel, who has had especially tense relations with Trump, sent congratulations to Biden and called the transatlantic relationship "irreplaceable."

British Prime Minister Boris Johnson, whom the outgoing U.S. president has fondly called the "British Trump," also turned the page, calling for cooperation with Biden on trade and climate change - one area of major contrast between Biden and the fossil fuel-loving Trump. 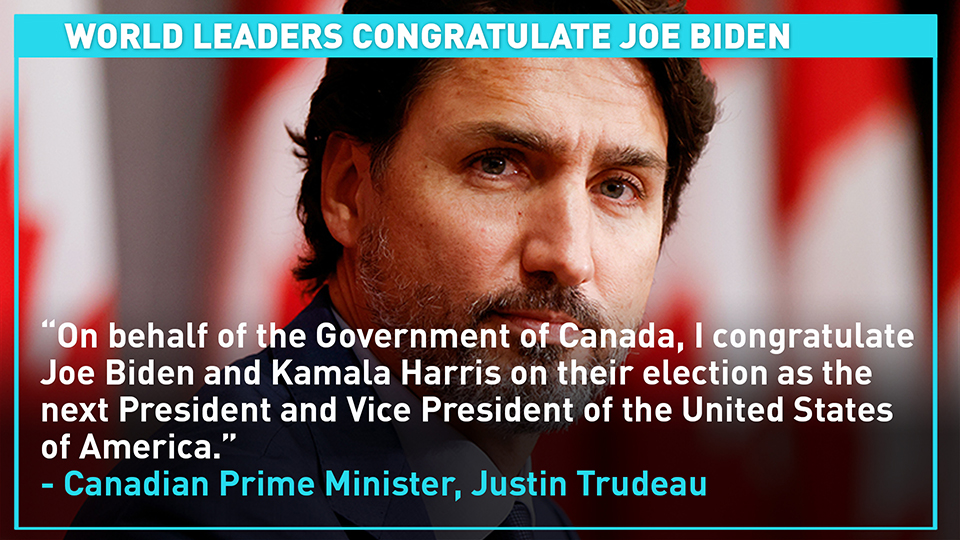 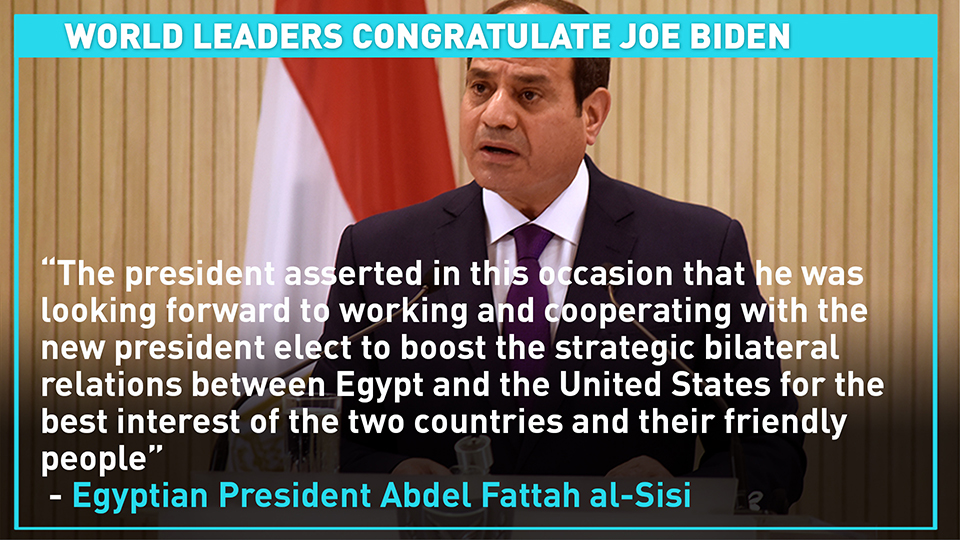