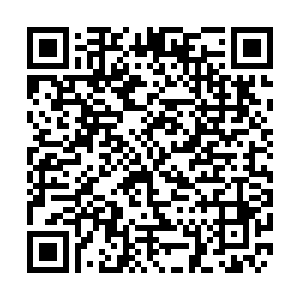 During a typical year, the Houston Food Bank hands out 184,000 kilograms of food per day. That makes it the biggest operation of its kind in the U.S. However this year has not been typical.

For five straight months earlier this year, demand for food at distribution sites like one near George Bush Intercontinental Airport more than doubled. It remains high to this day, presenting some unique challenges.

“We’re used to dealing with disaster situations like in a hurricane,” Greene said. “This very much from a need standpoint is very similar to a hurricane, actually larger. But the whole social distancing makes everything much more difficult… We’re doing mostly what they call truck-to-trunk distributions where everything is ready to go so it literally can just be dropped into people’s trunks. It adds more difficulty to distribution as well as quite frankly making it less personal.”

A recent NPR/Harvard University/Robert Wood Johnson Foundation poll surveyed Houston households. 63% reported facing severe financial problems during the outbreak. The food handouts, one box per family, are mostly perishable items. They represent a lifeline for many.

“I lost my work and I haven’t gone back to work regularly as I had before,” said one food recipient.

“Last 18 months have only had work for six months because of everything going on so it’s been a little difficult,” said a second.

“So important because we have a low income,” said a third. “I have a lot of kids too. I have six kids myself and six grandchildren. That’s a big family.”

“This helps a lot,” added a fourth.

Food bank donations increased dramatically at the start of the pandemic. The U.S. government contributed surplus food that accumulated during the trade wars. Food supply has become more of a concern lately.

“I think the problem that we’re looking at now is as this is dragging on and on and on is many of those resources are petering out now,” Greene said. “Everywhere I go, all the different food banks that I talk to, boy they sure look like they’re dealing with the same problems.”

He said demand has tailed off somewhat recently. That makes their task a little easier.

“Most of our distributions, we’re able to serve everybody,” Greene said. “Fortunately with the lines getting shorter that makes it a lot easier for us to do so. Perseverance is definitely something that I think we take pride in that we do. We will be in this for as long as it takes."

This is something that we’ve been doing a long time. I think we’ve gotten pretty good at it and fortunately it is a resource that can be called upon in times of disaster.”