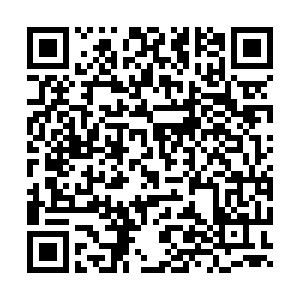 The U.S. has seen a record in positive COVID-19 cases since the beginning of November.

On Tuesday, the U.S. recorded 136,325 new coronavirus cases, according to Johns Hopkins University. This makes seven straight days that saw over 120,000 cases in the country.

As of Wednesday, the U.S. counted more than 10.2 million confirmed cases, with at least 240,000 deaths from the virus.

The state of Texas, home to 29 million people, surpassed one million total infections.  According to John Hopkins University, if the state was its own country, it would be ranked among the top 10 countries in total cases, like the U.K. Argentina, Spain, Russia and France. 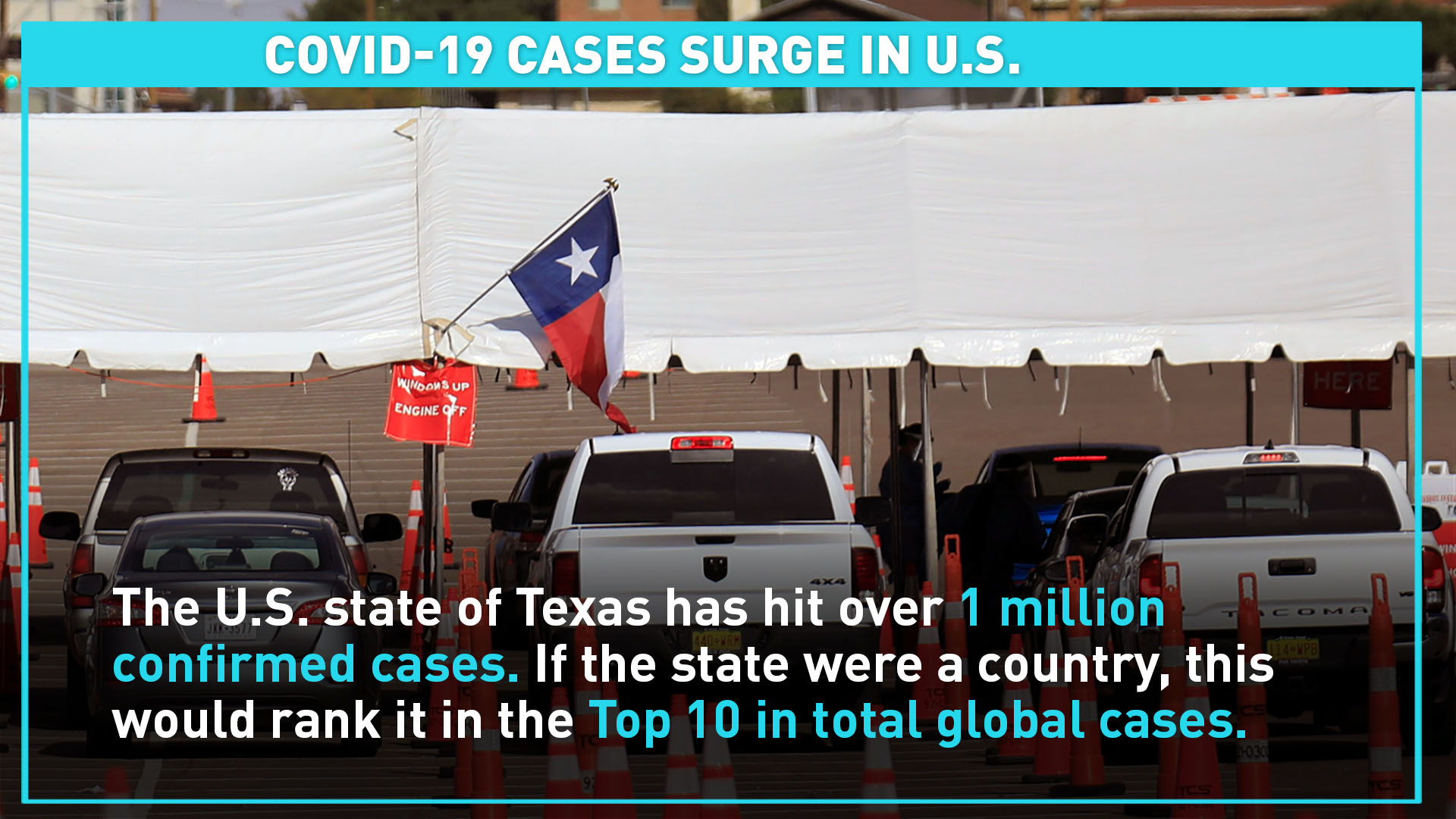 As cases spike, governors in Iowa, Maryland, Minnesota and North Carolina have ramped up restrictions to fight the spread of the virus.

And hospitalizations have also been on the rise, with reportedly over 61,000 hospitalized for the virus in the U.S. on Tuesday.

According to data from the COVID Tracking Project, the U.S. is averaging 1,661 new hospitalizations daily. 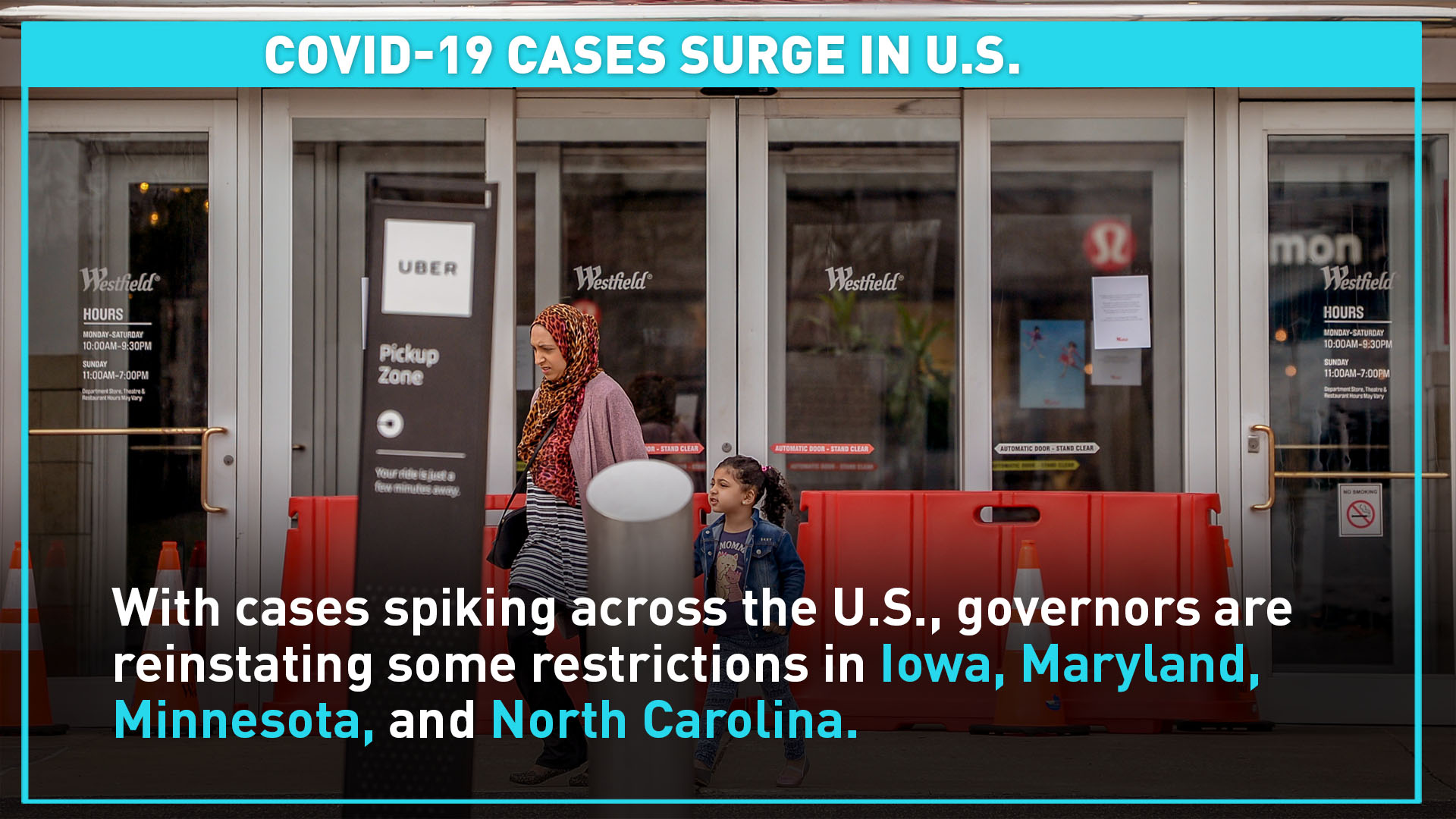 The Centers for Disease Control and Prevention has also updated its guidelines recommending more Americans to wear masks to slow the virus spread. 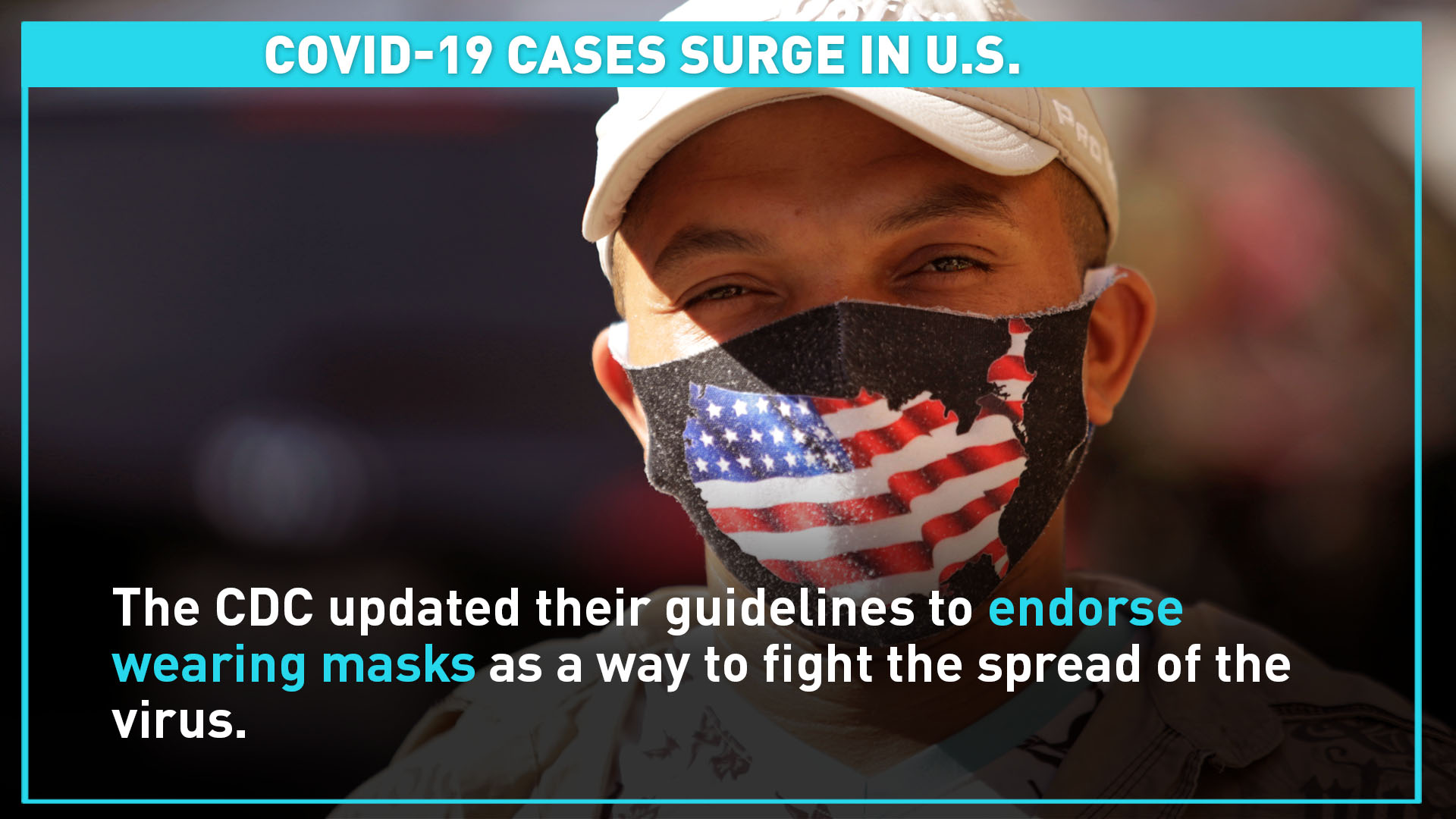 A new report found that nursing homes are still struggling to get back results from COVID-19 tests in a timely manner, some waiting days for results to return.

At the end of the summer, the federal government began distributing millions of point-of-care antigen tests to nursing homes across the U.S., which can be given on-site and can rapidly report the presence or absence of the virus within minutes.

But, according to Kaiser Health News analysis, as of Oct. 25, 38% of the U.S.’s 15,000 nursing homes have yet to set up these point-of-care tests, signaling possible disagreements between nursing home administrators and the Trump White House.