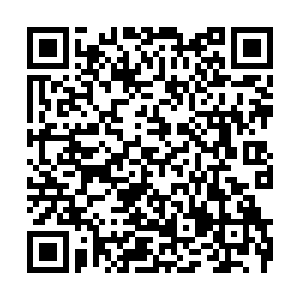 For Rhonda Coleman, acupuncture is one of several facets of the health and wellness industry she’s explored and tried to scale up over the years. When it comes to growing a business, she’s learned one thing.

“You have to have money to get money and if you don’t have money you can’t get any money,” Coleman said. She’s found business loans very hard to come by.

“No one would lend me any money with my business plan in the name of my business,” she added.

“I hate to even look at it like that, that it’s a race problem,” he said.

In a year when systemic racism in policing has been in the spotlight, a study by the investment bank Citigroup finds inequities between Black and White Americans have cost this country a staggering $16 trillion dollars over the past 20 years.

“Nope, not surprised at all,” said Jice Johnson, C.E.O. of Black Business Initiative.

Her organization helps minority-owned companies in the Denver area try to narrow the racial wealth gap. She said this long-standing form of systemic racism makes it hard to fulfill the 5C requirements of credit: character, capacity, condition, capital and collateral. Under-resourced schools, for example, make going to college more difficult.

“So now you don’t have a degree, you have lower job wages, which means you will struggle to obtain those 5 Cs in order for you to obtain a home which ties right back into where your children will go to school,” Johnson said. “So they’re very cyclical in nature.”

When it comes to raising capital, Smith said the challenge is often below the surface. White technicians he used to work with built a $100 million company. But when he applies for loans he hears:

He thinks he has a higher bar to clear.

What will it take to fix this?

“People have lots of conversations around it and conversation is tiring,” Coleman pointed out.

“We need to not look at the Black community as a charity case but there does need to be a shift of where there are dollars,” Johnson said.

White households’ net worth grew 43 percent between 1995 and 2016 according to the U.S. Federal Reserve. It remained flat for Black families.

“It’s a gigantic problem and I think that it’s going to take a multifaceted approach,” Johnson added.

Tough to tackle during a pandemic, she said, but critical to making the American Dream attainable for everyone.