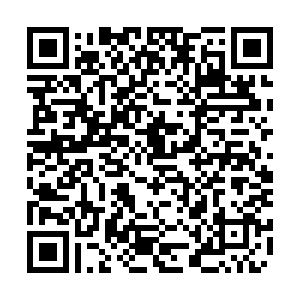 China launched the Chang'e-5 lunar probe from the Wenchang Spacecraft Launch Site in the southern province of Hainan on Tuesday.

After the rocket flew for about 2,200 seconds, the China National Space Administration (CNSA) announced the spacecraft has been sent into the designated orbit, marking a successful launch. The journey of acquiring samples from the moon has just begun.

The mission, named after the ancient Chinese goddess of the moon, will seek to collect lunar material to help scientists understand more about the moon's origins and formation. 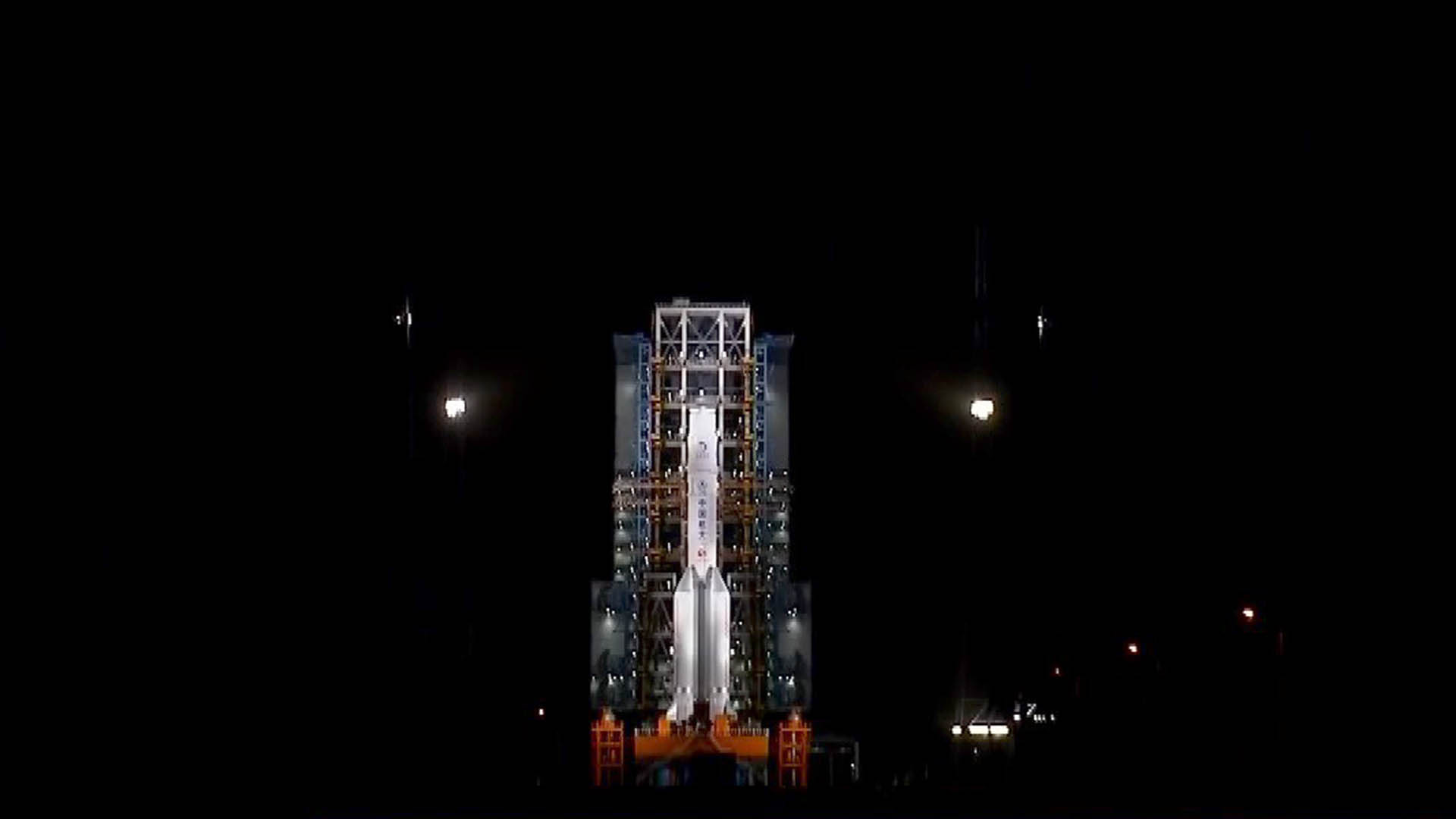 CNSA staff in blue uniforms closely monitored the rocket as the spacecraft climbed through the atmosphere, lighting up the night sky. 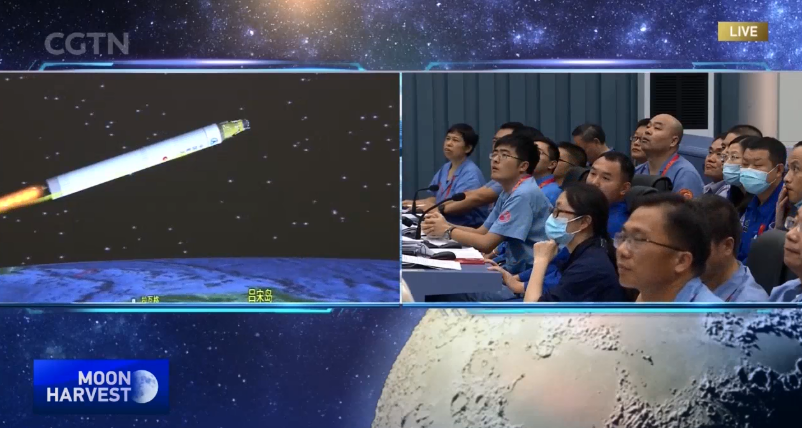 This is China's first sample return mission, and one of its most complicated and difficult space tasks by far. Only two other countries, the U.S. and the former Soviet Union, have brought samples back from the moon. If everything goes smoothly, it would be the world's first unmanned sample return in 40 years.

The rocket, weighing over eight tons, is comprised of four parts: an orbiter, a returner, an ascender and a lander.

The lander will collect moon samples and place them in a vessel aboard the ascender, which will dock with the orbiter and returner in orbiting the moon.

According to CNSA, the landing is due to take place in about eight days. The probe is due to be on the lunar surface for about two days, while the entire mission is scheduled to take around 23 days.

The samples will then be transferred to the returner. After separation, the returner re-enters the earth alone and is expected to land in north China's Inner Mongolia in mid-December.

"We can conduct sampling through circumlunar and moon-landing exploration, but it is more intuitive to obtain samples to conduct scientific research; the method is more direct," Zhang added. "Plus, there will be more instruments and more methods to study them on Earth."

Tech Breakdown: How far has China gone in its lunar exploration plan?

This is the second time the Long March-5 carrier heavy-load vehicle, currently China's largest launch vehicle, will be put into practical use. It successfully sent China's first Mars probe Tianwen-1 into the Earth-Mars transfer orbit in July. 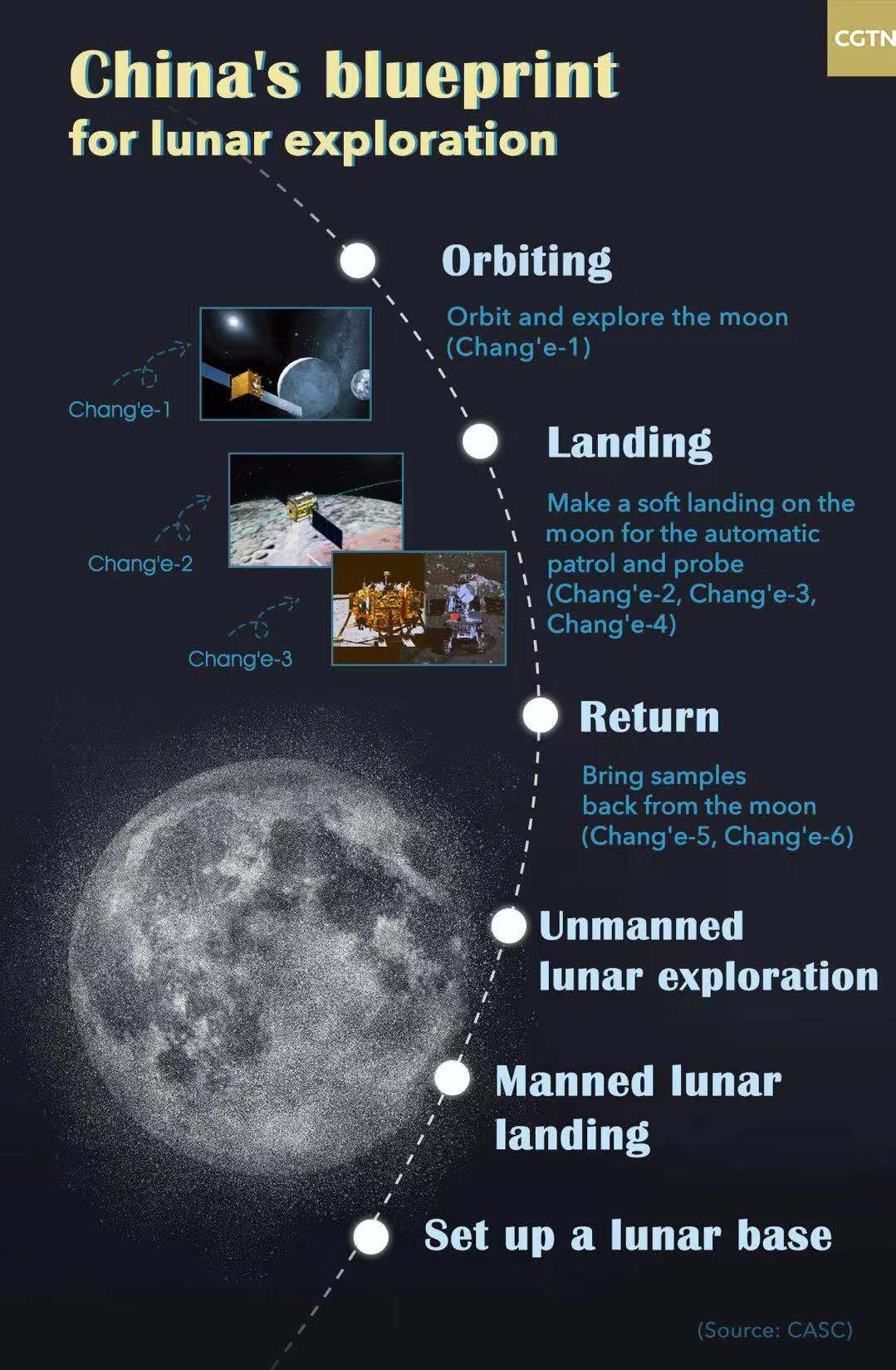